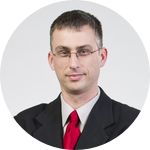 About
My primary research focus is on discovery of new therapeutics for neglected tropical diseases, using a “repurposing” approach. We identify parasitic targets of importance that have been previously biochemically validated, with a further focus on those targets with human homologs that have been pursued in human drug discovery. My lab then prepares known ligands previously reported against the human homolog for assessment against the parasite target, and then pursue an optimization program from that starting point. Our lab focuses on repurposing phosphodiesterase inhibitors, kinase inhibitors, and histone deactylase inhibitors, and we are making great headway discovering new lead compounds for tropical diseases such as African sleeping sickness, Chagas disease, leishmaniasis, and malaria.
Joined

Update on the impact your contribution has had on our program

Dear Supporter: A few years ago, you contributed to fund this project, and with your help we raised over $25,000. I wanted to give you an update on where this particular project is, and, moreover, ...

Our first input into the NTD database

Dear backers,Since our last update, we've been hard at work as we continue to move forward on our NTD data sharing project. As you can imagine, collaborations like this one have many moving parts a...

We have a preliminary layout for data that will allow easy comparison between a variety of We received a positive response from NINE organizations working in NTD drug discovery who are interested ...

Happy 2014!We're transitioning into the next phase of this project by transferring our data into the portal and reaching out to other labs that we hope to work with.We'll be sure to keep you update...

Thank you so much for helping to make this a success. In case you hadn't seen yet, as of this week we are fully funded. There is no way we could have done this without each of you. We will be sure ...

Curious to know how your donations will be spent?

How far can my contribution go?$75 will pay for a solubility experiment for one compound$500 can fund two compounds tested in drug metabolism stability measurements$1400 is enough to perform a pha...

We passed the 50% milestone early this morning! Thanks so much to everyone for your generous pledges!Now is the time to ramp up the PR! We have only till Dec 31 to raise the other half, and this wi...

We want to make some noise to let people know there is still time to donate. Please consider joining us in this awesome Thunderclap. It's quick and easy and will let thousands know of our intention...

We've gotten a lot of action over the last few days, so we've decided to extend the campaign until the end of the year! Thanks for your support!Consider helping spread the word: tell others about o...