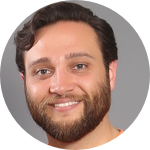 I have had an interest in aspects of food, culture, and health since I was a child. After high school I attended Johnson and Wales University, obtaining an Associate degree in culinary arts. From Johnson and Wales in Charleston, South Carolina I moved to Columbia to attend the University of South Carolina and after three years obtained a Bachelor of Arts degree in cultural anthropology. One year after graduation from my Bachelors program I enrolled in the anthropology Masters program at the University of South Carolina and received the degree two years later in cultural anthropology. My research focused on identity as it relates to an ethnic religious group in Brooklyn, New York. Though this research did not focus solely on food, it made me aware of the important role that food plays in constructing and maintaining both group and individual identity.

I enrolled in the University of South Carolina Arnold School of Public Health PhD program intending to study the role of food in terms food pantry participation. However, over the course of my program I began to see the problem of hunger in America as more systemic and perhaps related to our underlying beliefs about the role of food and its place as a commodity more than a human right. I chose to focus on the SNAP program because of its large scale and controversial existence.