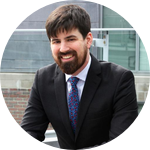 Douglas A. Mata, MD, MPH, is a clinical fellow at Harvard Medical School and a resident physician in pathology at the Brigham and Women’s Hospital in Boston. He attended Rice University and the University of Cambridge, and was a Fulbright Scholar at the European campus of the M.D. Anderson Cancer Center in Madrid, Spain. His research has appeared in JAMA, Journal of Surgical Oncology, Lancet Psychiatry, and Proceedings of the National Academy of Sciences, and his work has been featured in Newsweek, The New York Times, Time Magazine, and U.S. News & World Report. Follow him @DouglasMataMD.

What is the Role of Media Narratives in Shaping Perceptions of the Food Stamp Program in America?

Does woody encroachment of prairies affect amphibian and reptile communities?

Are Pollutant Levels Changing in Marine Life? A Case Study of Metal Levels in Whales in the Sea of Cortez

More good news - we just got another manuscript accepted to the journal Bladder Cancer. It will appear in print within the next month or two. In the meantime, you can get a sneak preview of it in t...

Great news! Two days ago our first research project that was directly funded in part by our Experiment.com grant was published in print in the Journal of Clinical Urology. This is a paper that look...

Apologies for the radio silence! Just wanted to let everyone know that the scope is up, running, and working better than ever. We bought and connected an awesome Nikon camera to the trinocular inpu...

Scope is up and running!

Great news - the scope is here and is up and running. I've made a lot of progress on the STMN1 project over the past couple of weeks and expect to have a draft manuscript to submit for publication ...

I just wanted to say thanks again to everyone for helping make this project a reality! I'll have photos of the microscope and images to share from the project soon. We plan to add additional cases ...

Just published this morning is our review of molecular predictors of response to chemotherapy in bladder cancer! Click here to read the paper. In it, we describe how we can, in certain cases, deter...

Great news - preliminary results from the STMN1 project are now ready for the USCAP meeting in Seattle next week! I'll have some higher resolution photos of our results to share wit...

How are metal levels in whales and bladder cancer related?

I wanted to give a shout out to another experiment.com campaign run by our friend John Wise, whose group is studying metal pollutant levels in whales.https://experiment.com/projects/are-pollutant-l...

I wanted to share our latest research, published today in European Urology, the number one ranked journal in the field, on bladder dysfunction and its possible relation to serum testosterone levels...