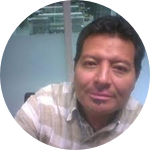 About
I am a biologist interested in the study of nuclear-mitochondrial co-evolutionary interactions and how these have shaped the functional interactions between the nucleus and the mitochondria in the cell. Recently, mitochondria have been implicated in different complex diseases, including neurodegenerative diseases, diabetes, and cancer. Mitochondria have their own genetic material, the mitochondrial DNA (mtDNA) that is transmitted maternally in most animals and has its own particular rules of evolution. In previous research, we found that populations of Pontoscolex corethrurus living in the Furnas geothermal field (Azores), possesses the lowest within-population mitochondrial diversity but an unexpectedly high degree of nuclear variability as compared to the other populations analysed, which are not exposed to geothermal activity. It would be interesting to understand whether the mitochondrial function is somehow related to the ability of this population to tolerate the extreme geothermal conditions that are lethal for the majority of terrestrial metazoans.