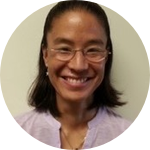 I am a second year PhD student in Epidemiology at UC Davis with my primary research focus on the science of surveillance systems, particularly pertaining to borreliosis. I became interested in the surveillance of infectious diseases during my practicum as a Master’s student at the University of Texas School of Public Health (UTSPH) where I participated in an epidemiological investigation of one of the largest outbreaks of cryptosporidiosis in Dallas, Texas. As a result of the investigation, Senate Bill 968 was passed in an effort to prevent future outbreaks of waterborne illnesses associated with interactive fountain parks. After earning my MPH, I obtained the prestigious California Epidemiologic Investigation Services (Cal-EIS) fellowship with the California Department of Public Health from 2010 to 2012 in applied epidemiology. As a Cal-EIS fellow, I was the lead investigator for all reported tick borne diseases in the county of Santa Cruz as well as performing case investigations for other notifiable and reportable conditions. My enthusiasm and momentum grew when I identified an unusual case of Lyme disease and facilitated obtaining synovial fluid from the patient. In collaboration with the California Department of Public Health and UC Irvine, Borrelia burgdorferi was isolated from the synovial fluid and molecularly characterized to produce novel findings. This finding was published in Emerging Infectious Diseases because it represented the first Lyme disease case in California where the isolate was genotypically characterized as unique to ticks from California. I also presented these findings at the Northern California Parasitologist Conference in 2016. My future goals are to complete and obtain my PhD in Epidemiology from UC Davis and apply my research skills in the development of future research which could foster and aid the scientific community.

Ticks carry more than Lyme disease in California – are Californians at risk?

Ticks carry more than Lyme disease in California – are Californians at risk?

Attached is the paper referencing citation 1.