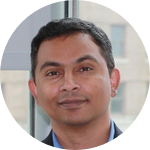 About
I am the co-founder and CEO of MiniVax, a biotechnology company based in New Orleans, Louisiana that is working to develop a therapeutic antibody and vaccine for a Pneumocystis pneumonia. I have over a decade of experience in government and early stage biotechnology companies. Prior to MiniVax, I was the Chief Financial Officer for Biological Mimetics Inc (BMI), a vaccine company based in Frederick, Maryland for five years. Before that, I worked at the Neuroscience Institute at the National Institutes of Health (NIH) and helped manage and coordinate a large $30 million dollar multicenter neurological project for two years. Before joining NIH, I was the VP of Business Development at Actis Biologics for three years where he helped establish the Asian subsidiary of a California based biotechnology company. Previously, I was an Associate at Toucan Capital, a Maryland based venture capital firm for two years where I assisted in sourcing deals and financing approximately six startup life science companies. I have a PhD in Cell and Molecular Biology from the University of Nevada, Reno and an MBA in Finance from the George Washington University in Washington D.C.
Joined

Pneumocystis pneumonia is a disease which kills immunocompromised children and adults. MiniVax is currently producing an antigen/protein that will be the basis for the creation of a therapeutic an...