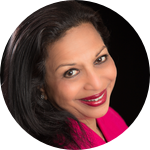 Assistant Professor of Practice, College of Mass Communication and Journalism

I am an Assistant Professor of Practice in the College of Mass Communication and Journalism at the University of Nebraska at Lincoln. I teach strategy, advertising, social justice, human rights and the media, at UNL and am a subject matter specialist on human trafficking. I am an advocate and an activist in the anti-trafficking of women and children in Nebraska, the U.S. and internationally. In 2015, I received a Fulbright Award and investigated the labor exploitation of vulnerable Sri Lankan women in the Middle-East. In 2013, I testified in support of an anti-sex trafficking bill put forth by former Nebraska Senator Amanda McGill. In 2012 I received a grant from Microsoft to conduct a qualitative study of buyers of sex and published the result in a peer-reviewed journal. From 2009 to 2016 I have been the faculty adviser for the student group -- NUSAMS (Nebraska University Students Against Modern-day Slavery). Since 2009, I have been a member of the UNL Annual International Human Trafficking Research Conference Team.

This year (2016), in collaboration with my research partner, Dr. Shireen Rajaram, I completed a qualitative study of 22 survivors of sex trafficking in Nebraska. The report has been very well received across the state and will help in drafting policies and programs to combat trafficking across the state of Nebraska. As underscored by the women in our study, we need to reach out to non-traditional venues such as tattoo parlors to successfully combat sex trafficking.

I have lived in Nebraska for over 25 years and Dr. Rajaram and I have the necessary contacts and skills to partner with tattoo artist in this project. We strongly believe that the outcomes of this study will help combat sex trafficking in Nebraska.