Effective biosurveillance can give us new insights into our health and our world. The tools for monitoring have become more effective and affordable. We need more examples of how to best apply this exciting new technology for a healthier planet. 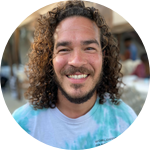 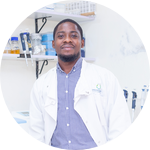 This grant is for projects that launch crowdfunding campaigns by April 29th, 2021. The $5,000 grant will be distributed proportionately to all participating projects. Please read the full description carefully.

On May 27th at 5PM PT, the prizes will be awarded according to the posted schedule.

New tools are enabling us to reimagine our models for understanding and monitoring the world around us. From using environmental DNA (eDNA) to discover life in New York City's ponds to understanding how radiation exposure is affecting disease and parasite rates in the dogs of Chernobyl, Experimenters have been at the cutting edge of finding novel applications of these new technologies. We want to see more of it!

Eligible projects could be anything related to:

About the Challenge Grant Sponsor

Chai provides precise, powerful biotechnology tools at an affordable price. Engineered to the standards of the most exacting labs and designed for simplicity and robustness, our products make biotech accessible to anyone, anywhere. For more information visit www.chaibio.com.

The call for proposal will last from now until April 15th, 2021. Proposals should be submitted directly on the Experiment site at experiment.com/grants/pethealth. Early submission is strongly encouraged. Early submissions will have more opportunity for feedback and coaching.

Proposals submitted for the call will be approved or rejected by April 28th and launched on April 29th for a 30 day campaign. Projects will be promoted by Experiment and allied organizations. Researchers should expect to spend time weekly during the campaign working outreach. Coaching for outreach activities will be provided by Experiment staff. Past experience shows that projects whose proponents and research team mount a strong outreach campaign are most successful.

Read carefully: The Challenge Grant prize of $5,000 will be distributed to all participating and eligible projects in proportion to the number of backers accumulated by May 27th (at 5pm PST). To further clarify: on May 27th, projects will receive as an extra bonus a share of the $5,000 prize according to the number of project backers compared to the total number of backers in the competition. For example, suppose Project A has 40 backers, and a total of 500 backers chose to donate across all the projects (including Project A). Project A would then receive a share 40/500 of the $5,000 prize = 0.08*5,000 = $400.

One grand prize of a Chai Open qPCR machine (dual channel) and $1,000 of PCR Master Mixes or DNA/RNA Extraction reagents will be awarded to the project that receives the highest number of backers by the May 27th deadline. The device will be awarded in addition to their share of the proportional prize.

This grant is for projects that launch campaigns by Apr 15, 2021. The project that ends with the most backers will receive an additional $5,000 grant. Eligible projects must be approved before the launch deadline.