Sleep science is among the most intimately familiar and also the strangest. We know it’s important, both viscerally and based on huge amounts of evidence, but very little about why or how it works. This grant challenge aims to fund research on sleep in fields from neuroscience to social science, and acquaint the rest of us with what is known about the third of our lives we aren’t conscious for.

Infancy is an ideal time to study brain rhythms during sleep in humans. During the first year of life, infants... 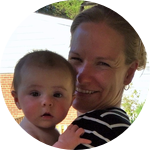 Brainwaves during sleep are a window into cognition, early marker of mental disorders, and brain deterioration... 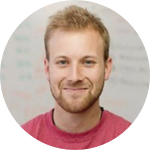 Computer SciencePsychology
You're a backer!

Can extending sleep improve cognition in children with ADHD?

Increasing the amount of sleep children get, by advancing bedtime, improves cognitive functioning of typically... 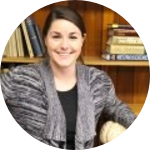 Challenge grants are sponsored prizes. We will accept proposals for campaigns related to sleep science, and all the campaigns will launch together on May 31st 2016. The project that ends with the highest number of backers will receive an additional $1,000.

On June 28th at 5PM PT, the prizes will be awarded according to the posted schedule.

The rising trends of sleeplessness, sleep medications, and more powerful brain imaging technology all conspire to make sleep research particularly relevant today. The work coming out of it is fascinating: A recent paper suggested that humans sometimes sleep with half a brain, something we thought only birds and sea mammals did. Computers are creating images of people’s dreams based on their brain activity. We’re discovering that the cause of many psychiatric disorders could be simple misalignment of circadian rhythms.

It's also important, given how dangerous we know sleep deprivation to be. It's one of the major causes of car crashes, and increases chances of heart attack, stroke, diabetes, and obesity. Rumors are going around that Prince's death was linked to staying awake for 6 days prior.

A lot of research focuses on how sleep affects memory and learning, how the brain coordinates biological clocks, and what goes on during our brains during sleep. The fact that we can peer into people’s brains while they sleep using fMRIs and other brain imaging technology lets us make quantitative observations that were previously impossible.

Around 50-70 million US adults have sleep disorders and 9 million are taking prescription medications for them. Other treatments like sleep apnea surgery and cognitive behavioral therapy are gaining traction. Because of the disastrous effects of sleep deprivation, sleep is a major public health concern.

Genetic bases of sleep disorders, the evolution of sleep, animal hibernation and half-brain sleep are other pathways into the black box of our sleeping bodies. Humans are actually the most efficient sleepers of animals our size, and there could be a genetic mutation that causes some humans to be even more efficient.

This grant is for projects that launch campaigns by May 20, 2016. The project that ends with the most backers will receive an additional $1,000 grant. Eligible projects must be approved before the launch deadline.