Experiment is a platform for funding projects, conducting research, and sharing results with the public. It’s an open and democratic way to initiate new discoveries. And it’s so much more than just money, it’s a direct connection to an audience that cares about your work.

Early on as scientists ourselves, we knew that there had to be a better way to do science. So we built something we would use, all while trying to preserve the independence of the science – intellectual freedom for the researcher to pursue any question that matters to you.

At Experiment, our mission is to promote a very unique feeling. We like to call it jelly – the moment when everything comes together and you realize you’ve been a part of shared scientific discovery. We’re positive that when Galileo discovered the moons of Jupiter, or when Isaac Newton first described gravity, their patrons knew this feeling.

This guide will help you achieve this feeling, and we hope that you'll find the process enjoyable and worthwhile. At any point during this guide, feel free to contact us if you have questions or suggestions. We’re here to help and continuously improve our process.

As a technology, crowdfunding can be immensely useful – if it’s the right fit for your project. That means having a project with a clear goal, a target audience, and a story to tell. Throw in some excitement with a public campaign, and magic happens.

If a project meets the funding target before the campaign duration expires, all the backers are charged the day after the campaign ends. A 8% platform fee and payment processing fees will be deducted from the total amount raised before the funds are transferred to the researcher.

Providing A Reward For Backers

Backers on Experiment fund projects to watch the science unfold, and great experiments are like stories, with many layers, characters, twists and turns. As a scientist, your goal is to let that story connect with the public. Our mission is to enable anyone starting an experiment to become a storyteller.

Every project on experiment starts with a basic hypothesis. Simply put, what is the question you’re trying to answer? Why is it important that you study this? Will the results reveal something new or unexpected? Make sure it’s a question that other people can get behind.

We’re committed to ensuring that Experiment continues to be a trusted place for scientific research. To do this, our team reviews each research proposal to ensure it meets our core criteria. Additionally, researchers in our community play an important role in upholding scientific rigor by endorsing individual research projects.

Endorsers are a critical species in the Experiment ecosystem. By commenting on 1) the importance of proposed research and 2) the qualifications of Experiment researchers, they help prospective backers make informed decisions when it comes to supporting science. You can see examples and learn about the mechanics of endorsements here.

An Experiment staff scientist reviews each project for clarity, scientific accuracy, and feasibility. During the review process editorial suggestions are commmonly made to improve the clarity of the content.

If a project is working with animal or human subjects, researchers are required to upload evidende of IRB or IACUC approval as a lab note prior to project approval.

Once you've determined if your project is a good fit for Experiment, finding an audience is the first step towards building a successful experiment. Finding an audience means identifying the types of backers and collaborators you'll be engaging to help make your idea a reality.

It’s important to understand your target backers and what exactly it is they will be expecting. Don’t be afraid to do some initial research beforehand to better understand who this audience will be. What do they read? What communities are they a part of? Why will this project be important to them?

Your audience should be composed of people who will be impacted by your project in some way. Perhaps it’s educational learning about the process. Maybe they are direct stakeholders, who could benefit from having access to the project data. Ask yourself - what can this project offer to others? Don’t restrict it to just scientists or non-scientists, and be creative. 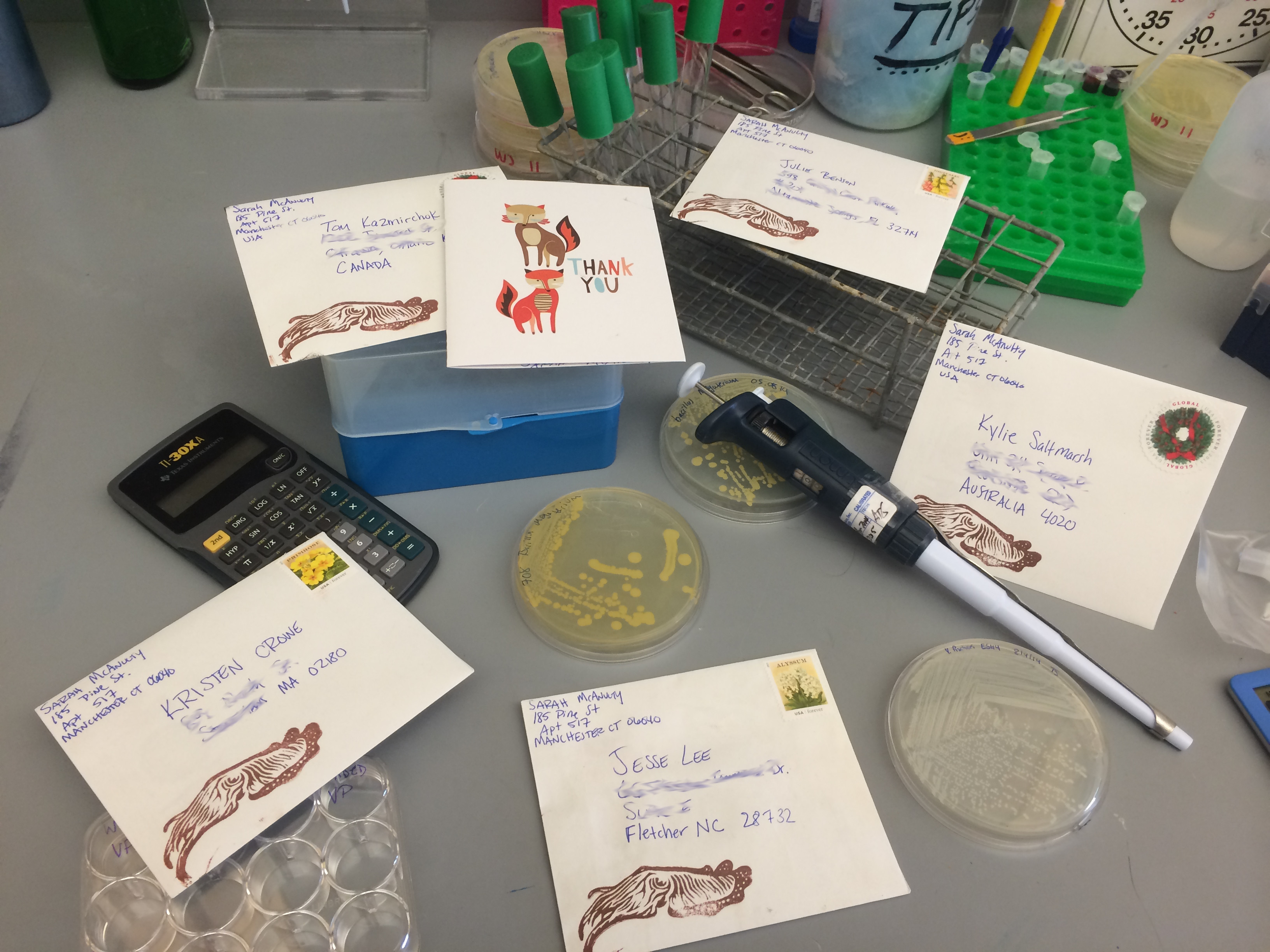 Example:Researchers Sarah McAnulty and Andrea Suria offered funders a chance to adopt a baby squid as part of their project How do Bobtail Squid choose their glowing bacterial partner?

Once you’ve identified these key characteristics about your audience, the next step is to know where they live. A quick keyword search on Google, Facebook, Twitter, Reddit, and even your email inbox is a good place to start.

Backers on Experiment fund science to see outcomes and results, and so knowing more about your target audience, where they live, and what they are used to seeing will help you cater your research process towards that aim.