Traditional stream restoration on surface coal mines involves restoring the physical properties of the stream and riparian zones such as water, rocks, banks, and plants. The two commonly used methods are the Rapid Bioassessment Protocol (RBP) and the Hydrogeomorphic Approach (HGM). The RBP and HGM methods consider a stream restored by measuring the physical characteristics of the stream and assume animals such as bugs, crayfish, and fish, will return. The reality is we do not have any data that suggests that the animals have returned to a physically restored stream. My project compares the macroinvertebrate fauna of the restored streams to reference streams. We analyze whether the two most popular methods of assessing streams are also accurately predicting stream fauna success.

The listed items are necessary for field collection and identification of macroinvertebrates used to determine stream quality, and for evaluating streams using current stream assessment methods. Travel expenses were estimated by using the mileage rate that the university uses to reimburse travel, i.e. $0.47/mile.

This project addresses an important question in stream restoration: When physical restoration is complete, does ecosystem restoration necessarily follow? Michelle is well qualified to perform this research as she has several years’ experience assessing streams after restoration work. Her methods are sound and sufficient to answer the research question posed here. 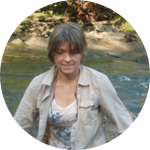 The project will take approximately one year. Field visits will occur every three months during that time. The first visit has already occurred. The second one will happen in August, then November, and the final one in February. I plan to publish the data the following summer. 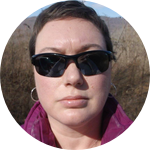 I am a graduate student at East Tennessee State University pursuing my M.S. in Biology. I also have seven years experience working as a consultant designing stream restoration projects for coal mining companies. I have always been curious if restoring physical attributes to streams results in restored fauna. This question is what prompted me to go back to school to get a Master's of Science.

1 Lab Notes Posted
Cover photo. The cover photo is of one of the restored...