Nodding Disease Syndrome (NDS) is a brain disease that affects children in Uganda. We currently don’t know of the exact cause of NDS, nor have a reliable form of diagnosis. This project aims to answer both of these questions by first investigating a link between a suspected brain protein which might be related to NDS, and a protein related to a parasitic worm disease, and to measure levels of this protein in affected/unaffected children.

NDS is a debilitating brain disease characterized by epileptic seizures and head nodding in children in Northern Uganda. NDS remains a mystery; the exact cause is unknown and there is no definitive diagnosis. The only treatments available are drugs like sodium valproate to control seizures and ivermectin for treatment of river blindness. The major distinguishing feature of NDS is head nodding triggered by eating or cold weather. There is progression from a normal child with no head nodding, to head nodding alone, to head nodding plus other symptoms such as learning disability, behavioral and psychiatric disturbance with hallucinations, stunting and wasting, dwarfism, and delayed sexual development. There is a terminal stage with severe disability with little independent mobility.

The majority of children with NDS harbor a parasitic worm that causes river blindness. Human PEBP1, a suspected target gene for NDS, has striking amino acid similarity with the river blindness related worm protein OV16. We would like to investigate a possible molecular link between OV16 and PEBP1 that would form the basis for a potential NDS treatment. Also, we know that PEBP1 is abundant in the brain and is implicated in Alzheimer' Disease (AD), infertility, and diabetes. Given that low PEBP1 levels have been reported in AD, resulting in it being used as an indicator for the disease, a similar finding may also prove to be a useful diagnostic test for NDS. If validated, such a test could be used for newborn screening, tracking NDS progression, and monitoring new treatments.

Our primary goal is to determine whether :

Our secondary goal is to confirm whether :
Stretch objectives : Should we exceed our financial goal, we will assess the usefulness of PEBP1 levels in new born cord blood in predicting the development of NDS later in childhood.

Nodding Disease Syndrome is a neglected disease with no one or organization championing research funding to provide much-needed scientific answers for the patients, their parents, and caregivers. Research is needed to provide insights about diagnosis and rational rather than empirical treatment of NDS symptoms.

Your donation will provide seed funding to help us confirm whether autoimmune destruction of a brain protein partly accounts for the disease. If successful, we will leverage our data to secure additional funding for detailed future studies. The major cost is the purchase of the required reagents for the proposed immunological investigations. Labor costs involve contracted hourly rates for a technician. 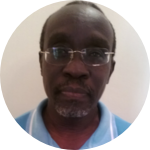 Dr. Thomas Egwang has over 30 years' research experience in immunological and molecular studies of parasitic diseases in rodents and humans. His current research involves malaria vaccine studies. He co-founded Med Biotech Laboratories in 1996.

Dr. Brenda Okech has a PhD in immunology from the London School of Hygiene and Tropical Medicine.

Dr. Richard Idro is a physician with training in pediatrics (MMed) and neuroscience (PhD). He brings to the project complementary clinical skills and experience.

We have the necessary lab equipment and access to clinical facilities for sample collection in Northern Uganda.

We are attracted to this project for two reasons. First, the association between river blindness and Nodding Disease Syndrome piqued our interest as a low hanging fruit. Second, this enigmatic disease is entrenched in our home region and no mechanistic studies have been reported so far.

We hope our research will provide some much needed answers for patients, parents, and care givers.

CDC has investigated NDS in Ugandan children over 4-5 years.

A Ugandan TV news coverage of NDS patients flown to the USA.