I am excited to share the final results of the experiment! The experiment showed that the modified version of Carcinosin is more effective than the original version. Click on pdf to see full results along with the method for this experiment and more. Thank you everyone for your support!

Cancer is linked to genetic mutations in hosts who are already genetically unique, which can make it seem completely different from case to case. Medicine that is made as a general "cure all" can not keep up with this disease because of said personalization of cancer. In this experiment I will be testing if Carcinosin, a homeopathic drug, can be modified to become an effective, personalized cancer treatment with minimal cost to make.

Carcinosin is a drug that falls under a subdivision of homeopathy called isopathy. Isopathy modifies the homeopathic principle of “like cures like” to “same cures same”. In other words, a sample of diseased tissue made into a mother tincture and potentialized can cure said disease. Following this rule Carcinosin is made using cancerous tissue or cultures. According to the rules of isopathy, this should provide a drug that proves effective. In medical journals (see lab notes), this is only to be true sometimes. After reading medical journals, reviewing carcinosin, and isopathic principles, it became evident what was missing. Carcinosin does not always work due to variation in each cancers' genes. Following this idea, Carcinosin will be modified to overcome cancer's diversity.

Cancer has touched many of our lives in one way or another. Friends and family alike are taken by the crippling disease. For those who do survive, they often are swamped by the overwhelming debt of treatment costs. Cancer drugs on average cost about $10,000 per month; some as high as $30,000 a month (“Oncologists Worry About Rising Costs of Cancer Treatment” U.S. News & World Report, July 1, 2015). This does not include the drugs used to offset the side effects of those treatments. This project is done, though, in hopes to provide an effective drug that will cost a fraction of this price. An effective, lower costing drug would both increase the rate of cancer survivals and decrease the amount of debt with which many cancer patients find themselves.

The ultimate goal of this project is to verify that Carcinosin can be modified to compensate for cancer's uniqueness, thereby consistently and effectively treating cancerous tissue (in the form of cultured cells in this phase of the project).

This will be done by culturing a line of lung cancer, a line of colon cancer, and a line of normal human cells. Cell cultures will be exposed to the modified drug, current market form of Carcinosin (positive control), and DI water (negative control) respectively, in same quantities. One trial will last three days. Multiple trials will be done over the course of a few months with other cultures created from the initial purchased cells, as to allow multiple rounds of trails to be done without more cancer cells to be purchased.

This is an excellent project, and very reasonable to test in the lab. Very straightforward, and can possibly lead to real progress in cancer treatment. 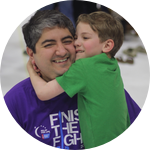 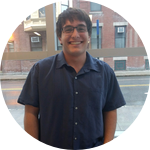 I was born in southern California. I am working towards my bachelors degree through MCPHS' Premed program. Through curiosity and compassion I have found my deep interest the medical field. I have taken it upon myself to learn herbalism and homeopathy through reading and practicing it on mild ailments. Also I have a principle that I use when evaluating medicine, when practicing herbalism and homeopathy, and in the possible development of drugs. This principle is as follows: "Medicine is the art of compassion". In other words: medicine should be compassionate towards the patient and the practitioners of medicine should also be compassionate in practicing their trade. This principle sums up how I view and plan to practice medicine.

Throughout the course of this project updates on this project will continually be posted on this website. These updates will be open for everyone, regardless of financial contribution. Publication of results will also be through this webcite.