Unlike the internet-famous Asian slow and slender lorises, Africa's loris species, the potto and the angwantibo, have remained largely unknown. Lorises are a weird and wonderful group of primate with a fascinating array of unique traits. I am studying the African lorises using radio telemetry, surveys, and behavioural observations in the wild jungles of Africa. The goal is to answer major questions about diet, social structure, habitat use, and conservation status.

Regardless of the Asian slow lorises' infamy as some of the world's most trafficked primates, research on all loris species remains lacking. This is especially true for the African lorises, pottos and angwantibos, which remain almost entirely unstudied in the wild. This PhD research aims to uncover the behavioural ecology of some of the world's "least studied primates" in order to make informed management decisions and taxonomic classifications. In addition, these primates retain a series of "ancient" traits that may be useful for testing various popular primate origin theories. Pottos and angwantibos are fascinating and unique primates. Who knows what secrets they may hold?

Asian loris research has revealed a variety of unique traits, such as venom in the slow loris. The few studies on the African pottos and angwantibos suggest a similar trove of undiscovered traits. For example, the potto has elongated vertebral spines called a "scalpular shield," the function of which is generally unknown. In West Africa, habitats are rapidly changing due to deforestation and hunting. A recent study found that although researchers believed nocturnal species were not affected by hunting or trade, pottos were the most-hunted primate in the study area, with 72% of survey respondents consuming their meat each month. Research on these cryptic primates is vital for future conservation management.

We will conduct nightly behavioural follows to further understand the diet (with a focus on the role of vision and capture method, see lab note), habitat preference, social structure, behaviour, and substrate use for both pottos and angwantibos using radio telemetry and infrared light filming.

Vegetation surveys will be conducted to assist in characterising the study area, understanding what plants may be important to these animals, and why.

Village surveys will be conducted to investigate the relationship between local Cameroonians and African lorises. This will help determine how these animals are perceived, and if they play a role in Cameroonian daily life.

This project is my PhD research at Oxford Brookes University, and will result in a cumulative 12 months of field work in south-west Cameroon. This project will include two field guides employed through the Korup Rainforest Conservation Society ( http://www.korup-conservation....). These guides are local residents who have signed an agreement committed to rainforest conservation in Cameroon. The salary for a KRCS guide is 7,000 cfa /day, but for nocturnal work, we include a bonus as it is more difficult and occasionally more dangerous work. These guides are essential to this project. Guides are experts at finding animals, navigating forests, and working with local villages. In addition to a fair salary, this work provides local guides with valuable experience working with GPS navigation systems and various field techniques.

Averee is a fantastic graduate student who has shown strong commitment to studying these little-known primates. As a member of The Little Fireface Project and the nocturnal primate research group at Oxford Brookes University, Averee will have the full backing of researchers with decades of experience studying natural primates helping to ensure the success of this project. 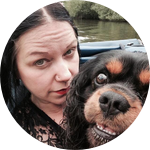 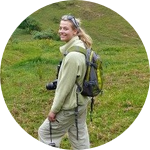 KRCS is a Cameroonian, legalised non profit organisantion of local persons from the Korup National Park area, committed to mobilizing local people and contributing their expertise towards ensuring the integrity of the rich tropical biodiversity of the Korup park and surrounding forest and mangrove ecosystems, geared towards livelihood improvement for the less privileged, forest dwelling and forest dependent local communities.

I completed my MSc in Primate Conservation with Distinction (highest honors) in 2015 and have been accepted into the PhD program at Oxford Brookes University. I will conduct this long-term research focusing on the behavior and ecology of nocturnal African lorisiforms for my PhD thesis. I conducted my master’s research on East African pottos (Perodicticus ibeanus) and two species of galagos in Kibale National Park Uganda. I have recently completed a 2-month pilot study on pottos and angwantibos in Cameroon. I have experience with both botanical data collection and survey techniques. I am also experienced with the nocturnal primate surveying, protocol, and behavioral data collection methods that will be used in this study.

I will also be working with my academic supervisor, Dr. Anna Nekaris. Dr. Nekaris has conducted primate research in Asia since 1996, conducting long-term surveys, taxonomic identification, conservation assessment and behavioural observations with radio tracking of wild slow and slender lorises. She subsequently founded the Little Fireface Project, a major loris conservation initiative. She first encountered wild pottos and galagos in 1994 in Senegal, and conducted surveys of East African pottos and galagos in Kibale National Park, Uganda and East African pottos in Kakamega National Park in Kenya. She is experienced in the methods to be employed in this study, and has also extensively examined potto and angwantibo museum specimens to be in a position to confirm the species present in Korup. She is the course tutor of a course in primate conservation at Oxford Brookes, where approximately 20 students per year come to learn major aspects related to conservation including biogeography, human wildlife conflict, genetics, methods, captive management, and education. 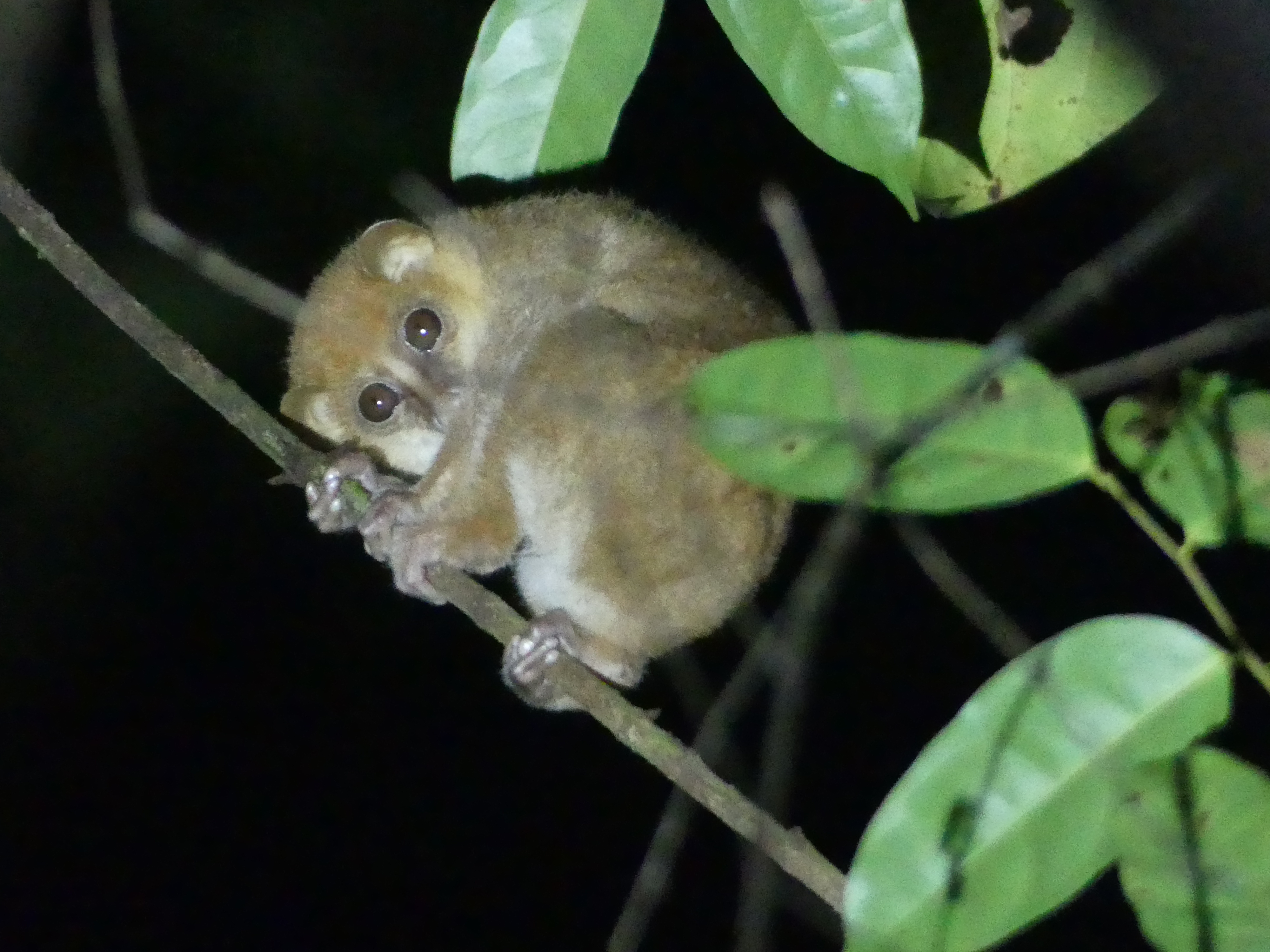 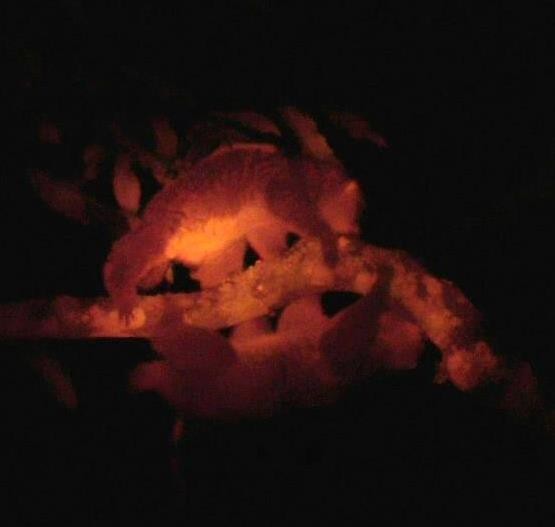 In this project, we will employ field guides from the Korup Rainforest Conservation Society and a Cameroonian university student. A MINRESI permit to conduct research has already been obtained, and a MINFOF permit to work inside Korup National Park is in the works. A long-term visa will also be obtained for non-Cameroonian researchers. Proper ethics clearance and training (for all those involved with handling) will be obtained for radio-collaring. This research is conducted for a PhD programme at Oxford Brookes University. Additional funding has been obtained through the Conservation International's Primate Action Fund. A cumulative 12 months of field work will be conducted in three parts (5 month, 5 month, 2 month). This fundraiser will only be used for salaries during the first 5-month section.