Aggregation of misfolded alpha synuclein protein is a key feature of Parkinson's Disease (PD), which afflicts 53 million globally. There is no cure to PD to date and the current treatment, Levodopa, has changed little in the 60 years since introduced. Levodopa can result in side effects like dyskinesia. Chaperone proteins represent the cell's own response to misfolded proteins. This project intends to ID modifications to chaperone proteins to tailor them to target misfolded alpha synuclein.

Recent research on small chaperone proteins suggests the possibility of a molecular switch, which, if modified, would greatly increase the protein's effectiveness and specificity in targeting misfolded alpha-synuclein. We base our ideas on prior work with larger chaperone proteins, such as modifications to HSP104. This optimized chaperone will be chosen to have higher performance in refolding A-synuclein than the native, endogenous chaperone proteins.

Currently, 53 million people worldwide are afflicted with Parkinson's Disease. Treatments ranging from anticholinergic drugs to gene therapy targeting the LRRK2 gene have been tested; however there seems to be therapeutic promise in targeting the protein aggregation itself. Conventionally, this chaperoning was performed by small molecule kinetic stabilizers which mirror the actions of protein chaperones and have had a poor track record. The essence of this project is to use the chaperone proteins themselves, albeit in a potentiated (i.e. structurally modified) fashion. Small heat shock proteins are able to halt the PD advance. The use of proteins with similar structure and identical function as the native chaperones means treatment with fewer adverse side-effects and much reduced toxicity.

The experiments will show the feasibility of chaperone protein engineering as a viable Parkinson's therapeutic. It will also demonstrate the novel use of the small chaperone molecular switch to enhance alpha synuclein selectivity. We plan to publish our results in a peer-reviewed scientific journal.

First, I will do the in vitro testing of candidate proteins using Thioflavin T assays. This will be a confirmation of potentiated chaperoning activity.

Second, I will expand these tests into a cell culture model mimicking the cellular effects of PD. A lentiviral vector will insert a gene for the therapeutic protein for reduction of the aggregation phenotype.

Third, an in vivo Drosophila PD model will test the viability of this technique via a larval turning phenotype.

-The virus vector is the lentivirus used for in vitro testing of the modified chaperone gene in Drosophila.

-Assays include reagents and other chemicals such as citrate synthase and thioflavin T used for analysis. The reagents will be used in testing of the chaperone's antiaggregation performance at varying levels of specificity.

-Consumables include the tubes, flasks, and other equipment used in experimentation.

-Miscellaneous includes the cost of Drosophila and simulation costs. 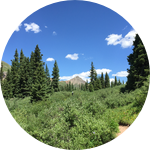 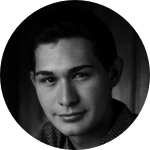 I have worked in a collaborative effort with Consolidated Information Systems LLC on the development of the protein-protein algorithm. I have worked with Dr. Zeiher, a PhD in Plant Science. I have conducted initial experiments in a University of Arizona Molecular and Cellular Biology lab under direction of Dr. Zemescu. I have also been advised on this endeavor by Dr. Jon Valla of Grand Canyon University.

I am a student and past prize winner in the International Science and Engineering Fair. I have pursued extensive studies dealing with technology at the intersection of biology and information technology. Some of my prior research has been on the subject of optical optimization of algal bioreactor designs for biohydrometallurgy(as a competitor for the Arizona Water Innovation Challenge) as well as a biocomputational software for designing protein-based therapeutics. In addition, I won the Arizona Governor's Future Innovator of the Year for my work in designing a machine learning-inspired aircraft tracking system.

We will be using the funds to purchase the virus vector and gather the experimental materials. The proteins identified will be tested using in vitro and in vivo tests.