American bullfrog (Rana catesbeiana) farms in Java help supply the international trade of frogs for human consumption. The American bullfrog has been shown to be a carrier of the pathogenic fungus Batrachochytrium dendrobatidis (Bd) which has been linked to worldwide amphibian declines.

In this project, we will conduct surveys to measure the prevalence of Bd in and around American bullfrog farms in Java, to help determine the relationship between the farms and the invasive pathogen in the region

Bd has been linked to worldwide amphibian declines, including in Indonesia (Kusrini et al. 2008; Swei et al. 2011). Bd is a pathogenic fungus that infects a frog's skin, causing severe disruption of the skin, and because frogs use their skin to breathe, the infection makes it hard for them to stay oxygenated and interferes with osmoregulation.

Asymptomatic carriers, like the American bullfrog (Schloegel et al. 2012), are animals that help spread the fungus without being heavily affected by the pathogen. Thus, if this non-native frog escapes from the farms, it could spread the disease to local frog populations. The American bullfrog was first brought to Indonesia by "Balai Budidaya Air Tawar" (Center for Freshwater Aquaculture) to be bred in farms (Kusrini & Alford 2006).

Indonesia is known worldwide to be a hotspot for biodiversity. With hundreds of described species found nowhere else in the world, and dozens of new amphibian species being described annually; there is a lot to lose if Bd were to infect local frog populations and drive them to extinction.

Die-offs caused by Bd have been documented in many places around the world: from the Sierra Nevada, California (Wake & Vredenburg 2008) to the Australian rainforest (Berger L, et al. 1998).

Many poison-to-potion stories have been written on frogs and their secretions, so to let them go extinct is to possibly miss out on possible new drugs and antibiotics. Amphibians also play important roles in energy flow within ecosystems and help control pest insect populations.

We hope to start collecting samples in Java, Indonesia starting July. The trip should last 2-3 weeks, covering a minimum of 15 sampling locations.

[more info below in the 'additional information' section]

Our experiment involves collecting skin swabs from frogs and estimating Bd infection presense and infection intensity using a specialized qPCR assay that is a standard tool used for this pathogen (Boyle et al. 2004). The funds requested in this proposal will be used to run qPCR assays as well as help cover costs for travel and associated field equipment.

We will employ local residents as frog hunters to help gather samples in the field and to help educate local communities about this pathogen and to learn from them what they know about their local amphibian species. We plan on working together with IPRAI (Indonesia's Herpetoculture Society) for our education portion, therefore adding zero cost to the project.

I am very excited to endorse this project. There is next to nothing known about this pathogenic fungus in Indonesia, a biodiversity hotspot. Hasan trained in my lab and has the skills needed to collect data necessary to test a central hypothesis that may explain the invasion of this pathogen: that importation of American bullfrogs, a carrier species, led to the invasion of the pathogen onto native species of hosts. The design of the experiment allows for a direct test of this hypothesis, and this has not been done here before. 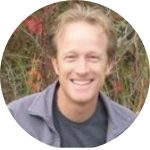 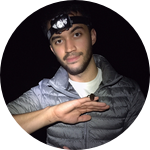 A Zoologist with a love for herpetology.

At each sample location, we will record sampling effort (estimated using the time spent at each site adjusted for the number of people searching for frogs) in order to estimate native amphibian abundance both near and far from the frog farms. We will identify each animal to species and will collect photographs of each animal to ensure identification is correct.