The emergent fungal pathogen, Batrachochytrium salamandrivorans (Bsal), poses a significant threat to global salamander conservation. No research to investigate the ecology or prevent the spread of Bsal has been implemented in Central America. I am starting a research study that surveys the Costa Rican salamander community–5th most diverse in the world–for Bsal as well as tests the susceptibility of Costa Rican salamanders to the fungus in order to better inform future conservation planning.

Discovered in 2013 and linked to mass die-offs of Dutch fire salamander populations, Bsal poses a serious threat to global amphibian conservation. Native to East Asia, Bsal was likely introduced to the Netherlands through the transport of wild amphibians in the international pet trade and has since emerged in other European countries. Despite international salamander trade regulations in the USA, the threat of Bsal’s introduction to the Americas remains. Conducting surveillance for Bsal in Costa Rica prior to its introduction or reports of salamander mortalities will enable proactive conservation planning. As susceptibility can vary between species, testing the susceptibility of Costa Rican salamanders to Bsal is important to developing the most informed conservation management strategies.

Amphibians are the most endangered vertebrates on earth. These animals function as important bioindicators as well as the base of many food chains, making them sentinels of ecosystem health and enormously important to the ecological stability of terrestrial systems. Additionally, American salamander communities are the most diverse in the world, with Costa Rica’s being the fifth most diverse. The impact of Bsal on these communities could be disastrous for American ecosystems. For this reason, it is critical to develop proactive and informed conservation management strategies; surveillance and susceptibility trials are two of the best tools available to develop these conservation strategies.

The funds will be used to export salamanders to the US, purchase supplies, conduct susceptibility trials, and analyze samples.

Our first goal is to survey for and determine the status of Bsal, as well as Bd and Ranavirus, in Costa Rican salamanders. We hypothesize that the greatest likelihood of Bsal detection will be associated with areas of high human visitation. Our second goal is to test the susceptibility of the salamander Bolitoglossa pesrubra to Bsal. Nearly 70% of this species’ range would allow for the persistence of high pathogenicity Bsal, making this a species of conservation interest. We hypothesize that B. presrubra will be highly to moderately susceptible to Bsal. Results from this first trial can help inform conservation planning for other Bolitoglossa spp salamanders.

When sampling for Bsal, it is standard to swab an amphibian’s belly and appendages. To determine if a sample is positive for Bsal, we will first extract all existing DNA from the swab using DNA extraction kits. Then, using an analysis called qPCR, we can then test for the presence and quantity of Bsal DNA. The DNA extraction kits and qPCR supplies will also be used to analyze all samples for Batrachochytrium dendrobatidis and Ranavirus, two other important amphibian pathogens. All salamanders involved in the infection trials will be tested for these pathogens prior to the conduction of the trials. The other budget items are all necessary to transport animals or samples from Costa Rica to the United States, to house animals during the infection trials, or to complete a full infection trial involving 15 individuals of a single species. For this project, I wish to test the susceptibility of Bolitoglossa pesrubra, a representative of the most specious salamander genus in Costa Rica.

I am so excited about this project! It illustrates a proactive approach to wildlife pathogens, where most of the time, we are left to react once a pathogen has already caused significant harm. It will allow wildlife conservationists to predict the risk Bsal poses for Costa Rican salamanders, which also has implications for the USA, as so many ecotourists in Costa Rica wil travel back to the USA! 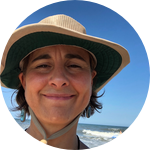 Surveillance will begin in October 2018. Results will be reported after samples have been analyzed at UGA. In February 2019, 15 live B. pesrubra will be exported to the University of Tennessee, Knoxville (UTK) to begin susceptibility trials. Trials are expected to take up to two months and results will be reported after the completion of the trials. This timeline has been developed with El Comisión Nacional para la Gestión de la Biodiversidad (CONAGEBIO), the agency permitting this research.

Travel to Costa Rica to collect salamanders for susceptibility trials

Collect and export salamanders to UTK to begin susceptibility trials

Henry Adams is a second-year graduate student at the University of Georgia (UGA), studying wildlife disease ecology under the tutelage of Dr. Sonia Hernandez. In 2015 he earned his Bachelor of Science in Ecology from UGA where he graduated “With Honors” and Summa Cum Laude. A lifelong wildlife enthusiast, Henry spent the vast majority of his youth, studying, observing, and drawing animals, especially herpetofauna and avifauna. Becoming a professional ecologist and conservationist has always been an ultimate goal of Henry’s and to be developing a project that directly contributes to the conservation of amphibians on a global scale is a dream come true. He first started developing this project in 2016 with his mentor of four years, Dr. Sonia Hernandez. At the time, Henry expressed interest in conducting graduate research with Dr. Hernandez and together they began brainstorming research topics. The two were keen to develop a project in Costa Rica on account of their shared interest and experience with the country’s fauna and ecosystems. After meeting Drs. Matt Gray and Deb Miller at the 2016 Wildlife Disease Association conference and learning about their extensive work on amphibian pathogens, including Bsal, Henry was inspired to develop similar research with Costa Rican amphibian communities. With enormous support from his mentors during the application process, Henry was awarded a National Science Foundation Graduate Research Fellowship on his proposed work with Bsal in Costa Rica. The fellowship has been instrumental in funding exploratory and networking trips to Costa Rica, but it only partially funds the entirety of the research. Henry hopes that with the assistance of his Experiment backers he can complete a discrete portion of his larger research project that will both immediately inform conservation planning for salamanders in Costa Rica as well as produce concrete data that will encourage other funding agencies to support his work.

After completing the goals outlined in this proposal, we wish to determine the susceptibility of Costa Rica’s two other salamander genera, Nototriton and Oedipina, to Bsal. This will allow us to better understand how the fungus may impact the entire Costa Rican salamander community. Additionally, we wish to survey amphibians being illegally sold in the pet trade, both native and exotic species, to better understand what role the Costa Rican pet trade has in the movement of pathogens. It is our hope to use the research discussed in this proposal in conjunction with educational initiatives to generate a long-term conservation program for Costa Rican salamanders.