Most animal species have populations with equal ratios of males and females, but some have naturally biased sex ratios. There are are many factors that cause the bias to occur-- so what happens to the under-represented sex of a species over evolutionary time? I will investigate by studying the morphology and genetics of a female-biased daddy-longlegs species (Leiobunum relictum) that seems to only occur in the geologically-unique Wichita Mountains of Oklahoma.

Recently, I made discoveries about two species of harvestmen in Japan that have females that can reproduce both sexually and asexually. The first cool discovery was that males of these species have adaptations that may make them better at coercing females to mate. The second: these adaptations are more pronounced in individuals that come from populations where males are rarer than females.

This got me thinking about a case closer to home: the species Leiobunum relictum. Based on museum collections, this species may have female bias too. It seems females of this species lack the pre-genital protection their close relatives have. I wondered: do females of L. relictum reproduce asexually? And, are males dying out, or adapting to coercion?

There has recently been a lot of interest both within and outside the scientific community regarding how external factors adjust the morphology of a species over evolutionary time. I think it is possible that sex ratio bias, whether caused by endosymbionts (bacteria living within hosts) or by other forms of parthenogenesis (asexual reproduction that doesn't require fertilization), may over time put selective pressure on males to be extra good at coercing females to mate. Otherwise, females might just reproduce asexually all the time!

Moreover, we are starting to see lots of studies that focus on daddy-longlegs. I think this is great, because North America is full of them! It is high time that we learned more about the biodiversity of the species that we see everyday.

My first goal is to travel to the Wichita Mountains, Oklahoma, and National Forest sites in Arkansas to collect Leiobunum relictum and its closely related species. I will go in early June 2017, when adults are present, and collect and preserve as many L. relictum, L. vittatum, and L. crassipalpe as I am able to find. Specimens will be collected by hand and sweep net, and I will document locations via GPS.

My second goal will be to extract, sequence, and analyze the DNA of specimens to learn 1) whether L. relictum is genetically a separate species, 2) when samples from the Wichita Mtns. diverged, and 3) if samples are infected with bacteria that causes male death. I will also examine the reproductive organs of all samples I collect.

The budget items listed will help me to complete the project by enabling me to reach the field sites where the species I hope to study are located. As a postdoctoral researcher, I currently do not have funding for the initial collection of specimens. However, I already have some of the equipment necessary (vehicle, GPS device, access to a dissecting microscope and camera), and I have external funding to sequence DNA samples. Thus, I will be able to include specimens from this project in one big, efficient sequencing effort!

I am seeking funding for fuel for the trip (calculated as the total round trip mileage from San Diego, CA to Ozark National Forest, AR and multiplied by the US GSA guidelines for mileage reimbursement, $0.54), lodging costs, a sweep net, RNAlater, and terraria to maintain live females until they lay eggs.

With funds I'll be able to keep a field log and travel diary, and will also post special video on manual and net techniques for collecting daddy-longlegs!

Mercedes has developed a very interesting study system over her career and has the background knowledge and skill set to execute the proposed experiment. This unique experiment focuses on harvestmen, which are becoming increasingly studied to answer important evolutionary questions. There is still much to learn about the harvestmen in North America and this project will go a long way in increasing our basic understanding by asking questions that have not been asked before. 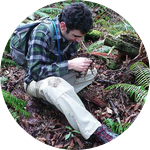 Shahan Derkarabetian
PhD student
San Diego State University
Mercedes asks interesting questions in all of her work, and this project is a prime example. I have always found Mercedes's work to be impressive, and she is the best person to conduct the research outlined here. I endorse and support this research. 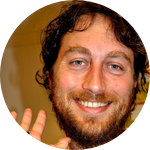 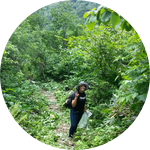 The number one question I get asked about my research: Are daddy-longlegs dangerous to people?! No! This unique order of arachnids does not have fangs, and they do not produce any venom (although they do have defensive glands on their backs, which produce a fluid that smells kind of like onions to me).

I love communicating science, and it's pretty excellent to study a group of species that most Americans have seen but don't know much about. As a minority scientist, I am also excited to work with students of diverse backgrounds and prove that evolutionary biologists come in all shapes, races, and walks of life!

In my spare time, I travel, sew, collect comic books, enjoy science fiction movies, play with my cats, and jog in my neighborhood!

Below: a museum sample female L. relictum (legs have been removed for clarity). Scale is approximately 235 pixels/mm. 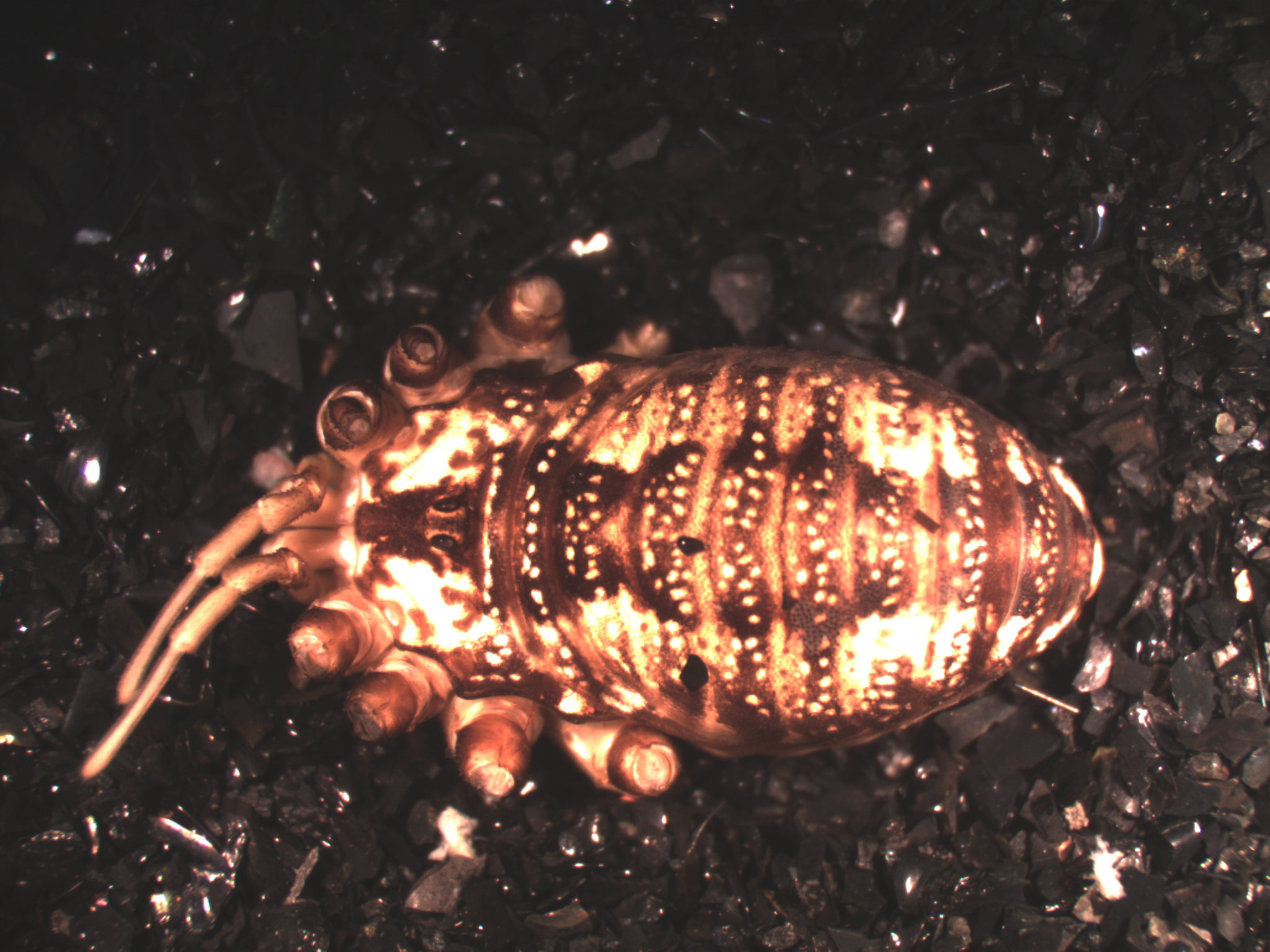