The purpose of this project is to use honey bees to study the effects of chronic ethanol ingestion. Honey bees and humans suffer similar effects from ethanol intoxication including impaired locomotion, hygiene, learning, communication, decision making, and increased aggression and stress. We seek to determine the effects of chronic ethanol exposure on honey bees to characterize tolerance and withdrawal symptoms, identify circadian rhythm disruption, and investigate long term learning deficits.

I first became interested in exploring the effect of ethanol on honey bees when I noticed bees foraging on beer cans and wine bottles at our local recycling center. Later I confirmed my observations by watching bees foraging on fermenting fruit and soon learned that many flowers contain alcohol. I wondered if a honey bee model of alcoholism could be developed and how alcohol exposure influenced their behavior and social interactions. Alcoholism and ethanol induced behavior are major social problems world-wide. Chronic exposure can lead to physiological and behavioral problems and a breakdown in social behavior. Honey bees serve a unique position to study chronic ethanol exposure as they have a social structure that includes specific jobs and even a language.

While it is known that the effects of acute exposure to ethanol in honey bees resembles that found in humans, the question remains: “Can honey bees become addicted to ethanol?” It has been proposed that any animal model of alcoholism include voluntary self-administration of alcohol, tolerance following a period of continuous consumption, dependence on alcohol as revealed by withdrawal symptoms, and biomedical complications associated with chronic alcohol consumption similar to those observed in humans. Our previous honey bee data clearly meet the first criteria of self-administration and we know from our heat shock protein studies that there can be biomedical complications – the fourth criteria. What we do not know is whether honey bees show tolerance and dependence.

The goals of the project are to determine if honey bees will demonstrate tolerance, dependence, and withdrawal as a result of chronic alcohol consumption. If so, how does chronic alcohol exposure and alcohol withdrawal influence circadian rhythms, learning, and social interactions?

Individual bees will be confined to an automated shuttle box (an apparatus where a bee can move between two compartments.) The basic experimental design will consist of groups of bees placed individually in the shuttle box where one side contains bee food and the other contains either 0% ethanol (water only), 2.5%, 5% or 10% ethanol. The bees will be confined for 10 days with observations made on survival, compartment preference, and activity in the shuttle box.

The rationale for this chamber is that it can produce a highly controlled environment not capable with other incubators. The effects of ethanol intoxication are influenced by temperature, humidity, and light exposure. Your support will allow the honey bee model of ethanol induced behavior to go where we have not gone before. This incubator allows precise control of environmental variables, such as temperature, humidity, and day and night cycles, that influence alcohol effects on behavior. The ability to uncover tolerance and ethanol dependence in honey bees will open the door to study continued alcohol exposure effects that are not possible now because of equipment limitations. The incubator will also allow us to conduct honey bees experiments throughout the year.

I think these researchers, who have a well established record of research with this organism, are attempting a very novel and interesting research project. Besides being unique, this project has implications for important translational research outcomes. 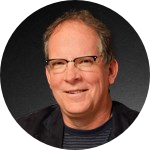 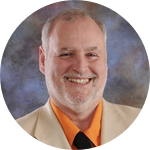 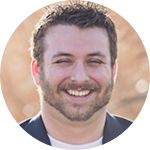 I am a Regents Professor and Lawrence L. Boger Professor of International Studies in the Department of Psychology at Oklahoma State University and hold adjunct appointments in the Department of Entomology and Plant Pathology and the Department of Integrative Biology. As a comparative psychologist with extensive international experience, I have published over 200 papers/book chapters and 17 books in the area of comparative psychology which he defines as the application of the comparative method to problems in psychology. Many of these publications describe hands-on inquiry based student activities using a variety of organisms, including humans. I have created numerous programs including the “Psych Museum” and the “Psych Mobile,” as well. I have received many awards for teaching and research at the national, state, and local levels including the 2003 Robert S. Daniel Teaching Excellence Award of the Society for the Teaching of Psychology, American Psychological Association, and the 2012 Oklahoma Foundation for Excellence in Teaching Medal for Research University Teaching. As a comparative psychologist, I have worked with many different organisms including planarians, ants, bee, fish, snakes, elephants, and humans in a variety of applied and basic research topics. These topics include the development of a social insect model of ethanol induced behavior, the development of a mathematical model of the learning process, the use of learning assays to study the effect of agrochemicals on honey bees, and basic questions related to the comparative analysis of intelligence.

I am a doctoral student at Oklahoma State University in the Experimental Psychology: Comparative Neurobiology program. My primary area of study is the behavior and learning of invertebrates as it compares and contrasts to the behavior and learning of other animals. My primary research subjects are honey bees (Apis mellifera) and paper wasps (Polistes carolina, P. exclamans, and P. metricus). Additionally, I work with other animals such as: lizards, fish, human infants and students, mice, planarians, snakes, and turtles. I have performed research in Greece, Turkey, and Puerto Rico collaborating with many international researchers, published in international journals, and presented research at international conferences. I also participate in a number of STEM outreach programs. These include live animal demonstrations with honey bees and wasps at venues such as the National Science Foundation -EPSCoR Women in Science Conference and Oklahoma State University Summer Science Academy. I have received the National Science Foundation Pre-doctoral Fellowship for my work with honey bees and outreach involvement.