Fluoroproteins are responsible for bio-fluorescence in nature and are commonly found in coral reefs. Coral reefs with more bio-fluorescence have demonstrated a slower rate of mass coral bleaching. This research will explore the response of corals to common stressors found both in a natural setting and in aquaria by measure of fluorescence emission. The goal is to identify hardier corals to grow in aquaria and seed on wild reef systems as a means of reef restoration.

Coral reefs are significant ecosystems in the world's oceans. They are threatened by anthropogenic effects that cause "bleaching".

Research has identified (Heat Stress Effects on Coral Reefs) fluoroproteins, which bio-fluoresce as early indicators of coral health. Fluorescence expression differs when stressed by temperature and light. This project will expand fluorescence research by investigating novel variables such as pH and salinity, nitrates, and phosphates.

Symbiodinium is an algae that lives within coral tissues. When stressed, they vacate, causing bleaching. This project also explores the theory that fluorescence is a visual cue to attract Symbiodinium.

Bleaching, first observed in the 1980's, is increasing. Reefs are a vital ecosystem, providing shelter to 25% of all marine life. Studies are underway worldwide to gather data on the variables that cause bleaching, and developing strategies to mitigate the death of corals from bleaching. Using the resources of the Oklahoma Aquarium, this research utilizes controlled coral populations in conditions controlled more rigorously than in the field.

By testing fluoroprotein emissions after exposure to novel variables, I hope to identify a stress marker prior to bleaching.

Identifying a correlation between fluorescence and rate of re-colonization of Symbiodinium would fill a significant gap in the literature, and assist in identifying corals for re-seeding.

Experimental stress trials will be conducted at the Oklahoma Aquarium on a minimum of four coral species with fifteen independent samples to determine which variables stress the corals and if there is a correlation with fluorescence emission. We will study the effects of rising water temperature, increased irradiance, salinity, and pH, and levels of nitrates and phosphates that are outside of the normal range for coral. Following that assessment, water in coral tanks will be cultured with Symbiodinium to measure the speed and quantity of uptake of dinoflagellates. Using data gathered from this battery of experiments, we hope to identify hardier species and combinations of corals and Symbiodinium. These can be used to "seed" ocean coral using aquaria grown coral.

The budget allows for the construction of a portable working spectrometer and three wavelengths of excitation lights that will be used in coral reef research tanks at the Oklahoma Aquarium to study the bioflourescence of flouroproteins in various coral species under different stressors. This funding will allow the purchase of equipment that is not covered under the National Science Foundation funding that is supporting other aspects of the research project.

With her experience and the facilities already available to her, Dr. Money is well positioned to make this a successful research project. Coral health is being threatened world-wide, and this research project has the potential to support the resiliency and rehabilitation of these diverse ecosystems. 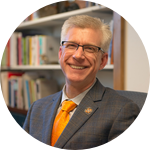 Bret S. Danilowicz
Dean and Professor of Integrative Biology
Oklahoma State University
As the curator of education programs and research at the Oklahoma Aquarium, I feel Ann Money has an organic understanding of the importance of educating our youth. This research project will document the importance of healthy coral and the process of using Bio-Fluorescense to measure coral reef health. Our future generations of scientists will be able to use Ms. Money’s research to focus on saving our reefs and ensuring their good health when stressors are introduced. 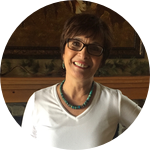 Diana Beaulieu
President of Oklahoma Aquarium Foundation and retired Director of Elementary Instruction, Broken Arrow
There is still a lot to be learned about the nature and significance of fluorescence in marine organisms in general, and corals in particular. There is precedent for the idea that coral response to stress can be manifested in changes to fluorescence, and if the correlation/causation can be better understood it could enhance our ability to monitor and manage these valuable resources. Ann's project has the potential to contribute to this important body of knowledge. 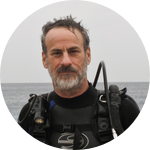 Charles Mazel
Founder and President
NIGHTSEA
Coral reef bleaching is one of the most critical marine environment challenges of the 21st century. In 2018, the International Year of the Reef, the United States and countries around the globe are focusing on the economic and environmental risks to our ocean reefs. Dr. Ann Money’s cutting-edge bio-luminescence research will be a significant contribution to the future of the world’s seas. 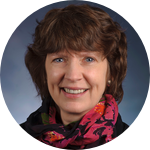 Lynne S. Wilcox, MD, MPH
Consulting Medical Epidemiologist
Coral are subject to significant stressors, many of them as a result of human activities. The ability to quickly and non-invasively identify vulnerable coral through changes in fluorescence could contribute significantly to coral conservation. Ann Money’s research addresses gaps in our understanding of the functional relevance of coral fluorescence, and she is uniquely suited to both contribute to the scientific literature on this topic and inspire a new generation of scientists and citizens to conserve the resources of the oceans. 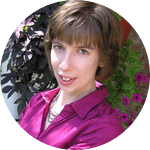 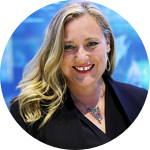 Marine habitats and issues have been my passion since I was a child growing up on the Chesapeake Bay. I have dedicated my career to educating and research, from sea turtle conservation, groundfish operations, anthropogenic effects, and my Ph.D. research on coral reef habitats. As Director of Research, I share my knowledge with half a million visitors annually. After a 25 year career in marine biology, I began to explore bio-fluorescence and realized that there was much to be learned regarding the functionality and potential importance for failing reef systems. Building on previous research, I would like to explore whether increasing green fluorescent protein emission by use of CRISPR manipulation, will increase coral symbiont recruitment. Without its symbiont, coral can not survive bleaching events. Bleaching events occur when the coral expels the symbiont due to an increase in water temperature due to human impact. As we move forward, we need to rethink how we conserve coral reefs and I hope to add to that body of knowledge and provide some additional tools to preserve our important reef habitats.

4 Lab Notes Posted
Hi Everyone! We are hard at work finishing up the final...
So Many Thanks!
GFP Fluorescence Expression

These resources are excellent information documenting the bleaching phenomenon in ocean coral reefs.