Outer membrane vesicles (OMVs) are protein transport 'bubbles', produced by bacteria for communication, or to export misfolded or redundant proteins. Research, however, has been slow to explore their potential and future applications. As a first step, we are exploring how different genetic mutations in E. coli influence OMV formation. We will create multiple mutants, and then use the data we generate to create an optimized E. coli strain for OMV production and protein packaging.

The barrier to exploiting OMVs is the lack of a standardized system for producing and customizing OMVs. A series of genetic variants are known to improve the production of vesicles, however, the quantity and size of OMVs generated by these variants is not known. The scientific community needs an optimized, standardised system for producing OMVs. To do so, we will compare the size and production of OMVs of multiple mutants and make this data available to the scientific community.

We will then use this data to create a strain of E. coli that overproduces customizable OMVs. Ultimately, by packaging target proteins into these OMVs we plan to adapt them to various applications such as drug delivery or bioremediation.

Currently, synthetic biologists engineer living bacterial cells for release into various environments in order to solve problems, such as cleaning up an oil spill. In this case, the bacteria are engineered to metabolize the oil. Releasing bacteria, however, poses biosafety risks as the bacteria and synthetically modified genes persist in the environment long after the function is required.

In comparison, OMVs have a limited lifetime, do not contain genetic material, and do not replicate. Yet they can still carry and release the necessary proteins and enzymes to carry out various useful functions. Thus, if harnessed, OMVs could become a widely used tool for the application of synthetic biology in replacement of whole bacterial cells.

For our iGEM project, we plan to do as following. The first step is to develop a simple assay to score OMV formation. We will be measuring OMV size, stability and rate of production. We would like to use this assay to compare the effect of a range of mutations, both on their own and in combination. Based on this data we will generate a strain of E. coli that is optimized for protein packaging and OMV production, suitable for future applications in synthetic biology. As such, we will be able to modify our OMV system to solve environmental or medical issues. One possibility is the packaging of PETase (an enzyme that breaks down PET plastic) into OMVs, for release into contaminated waterways.

We will alter the DNA of E. coli to induce the overproduction of OMVs (hypervesiculation).

One type of mutation we will perform is the deletion of genes that code for proteins which anchor to the outer membrane of E. coli. Their deletion disrupts the stability of the membrane, leading to hypervesiculation. This will be carried out using the CRISPR/Cas9 technology. These mutations will require DNA sequencing, to confirm that the correct genes have been deleted.

Other mutations we will be working with include insertion and overexpression of target genes. We have not included the materials required for this in our budget as we have already received funding to cover these particular costs.

Specialized microscopy will then be used, allowing us to compare the size and quantity of OMVs generated by each strain.

Our team will then travel from Australia to present our work in Boston for the iGEM conference.

This year's iGEM team from UNSW Australia is working on a means to produce versatile and useful technologies in the form of lipid vesicles. Their applications range from therapeutic strategies to bioremediation. Not only are they a hard-working and passionate group of undergrads, they have come up with a sound design and strategy that address pressing needs in biotechnology and replication studies. 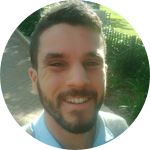 Daniel Winter
PhD candidate
UNSW Australia
This is an exciting project that may give new potential to the workhorse of recombinant DNA technology; E.coli. Membrane proteins are particularly difficult to produce in the lab and the outcomes of this work may lead to a breakthrough in this field. They are a great team and have my encouragement and support. 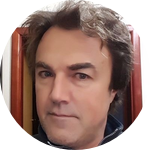 Christopher Marquis
Associate Professor
UNSW, Australia
UNSW Australia is entering a team of 6 students in the 2016 iGEM competition. The students are using a synthetic biology approach to producing hypervesiculating bacteria under controlled conditions. Their project has potential in a range of areas including expression of membrane proteins and packaging recombinant proteins. The multidisciplinary team of hard working students has my full support. 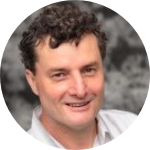 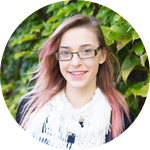 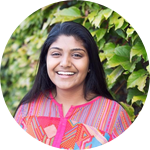 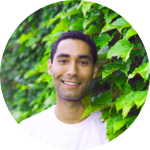 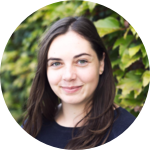 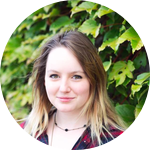 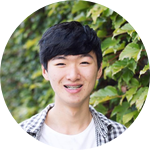 We are six enthusiastic students, dedicated to exploring the potential of synthetic biology. Along with our mentors Daniel Winter and Dr Christopher Marquis, we have combined our skills from many different backgrounds to form the well-oiled machine that is the UNSW Australia iGEM team.

iGEM (International Genetically Engineered Machine) is a global competition with over 300 teams competing by proposing projects to further the advancement of synthetic biology.

I am a keen, undergraduate student, and have thoroughly enjoyed exploring many different areas of biology (from working to conserve Flatback marine turtles to working with stromatolites) during my time at UNSW. Synthetic biology recently appealed to me as a novel way to make a real impact on conserving the environment through the development of new tools for researchers.

When I'm not busy in the lab, you'll find me hunting down a new café or specialty coffee shop!

I am a cake-obsessed second year pharmacology and microbiology student, passionate about making an impact on the world of science. I am interested in developing innovative solutions to improve human health and the quality of life, and I see synthetic biology as a way of achieving these important goals.

iGEM allows me to look at global issues in a more creative way, by brainstorming and independently tackling problems that impact the world we live in.

Over my years at Uni I've flitted between many different fields of science, though I finally settled on Genetics and Psychology as my majors. I've contributed to projects on hallucinatory stimuli, and regulatory genetic elements in the brain. Recently that interest extended to Synthetic Biology; I enjoy how it aims to make applying biological knowledge standardised, controlled, and logical, as well as the breadth of cool projects you can apply it to.

I'm a science student majoring in microbiology and pathology, and I'm very passionate about scientific research. My particular research interests include the gut microbiota, stem cells and synthetic biology.

I was attracted to becoming involved in the iGEM competition because I saw it as a great opportunity to think creatively, and to learn and practice research independently.

I am a second year science and law student, majoring in molecular and cell biology with a particular interest in the emerging field of synthetic biology, and the novel applications this area of research could develop to solve world issues. I am also fascinated about the intersection between science innovation and law, and the policy implications of emerging technologies on society. I became involved in iGEM as a way to independently develop these interests in a creative and meaningful way.

I am a 2nd year undergraduate science student, double majoring in molecular and cell biology and bioinformatics. My passion lies in both the fields of software engineering as well as biological research. This emerging discipline of synthetic biology has caught my interest particularly as it will allow me to apply computational science to biology. I find it fascinating how detailed yet simple the genetic code of life can be, and I would like to contribute to the expanding knowledge of it.

Didn't catch what an outer membrane vesicle (OMV) is exactly?

See the diagram below for visualisation: By targeting specific, functional proteins to OMV packaging, we envision that useful applications can be performed by OMVs in replacement of living bacterial cells.