Previous research into cognitive dissonance and self-perception theory suggests that a persons actions can affect their attitudes and impressions of objects(Fazio, 1977). No current research, however, investigates if these phenomena also function as they may relate to people. The current research will investigate the question "If person A is empathetic and/or generous to person B, do person A's impressions of person B become more favorable?"

Cognitive Dissonance Theory and Self-Perception Theory suggest that a person's thoughts and actions can affect their attitudes and impressions (Fazio, 1977). In one study, children were asked to rate toys. The next week, the same children were given the opportunity to choose one of these toys to keep and then asked to rate the toys again. After choosing a toy, the children rated their chosen toy more favorably than they did in the first round, and rated the other toys lower than they did in the first round. The act of choosing one toy changed the children's impressions of all the toys (Brehm, & Cohen, 1959). Effects like this have been found in multiple contexts for decades(Harmon, 2019). However, none of those studies investigated if this effect functions in relation to other people.

I will have participants take part in an online survey where they think they are interacting with another person, but in fact it is just a pre-programmed strategy. I will use a 2 (Empathy: present or absent) by 2 (Opportunity to give: immediate or delayed) between-participants design. First, participants will be either inspired to feel empathy for this "other player" (or not) with a method similar to Batson and Ahmad, 2001. Then, if the player is in the immediate opportunity to give condition, they will have the opportunity to divide $3 between themselves and the other participant and then go on to fill out impressions questionnaires. Or, if they are in the delayed condition, they will first fill out impressions and then divide the $3.

Each of my participants will receive $3 to allocate to another hypothetical participant. The money I hope to collect here will go directly to participants.

I am Kevin's thesis advisor, and his project is exciting and novel. It hopes to answer a question that has not yet been answered in social psychology and research on cooperation. 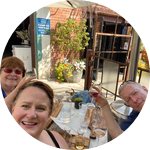 Research will be completed by August 31. My thesis will be written by December 30. 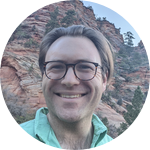 I am a graduate student at Northern Arizona University studying Psychological Sciences.

Growing up, my psychologist mother taught me about projection and how we often see things in others that we don't want to acknowledge in ourselves. I found this very interesting, but was dissatisfied with the psychological resources I found on the subject. In Tibetan Buddhism I found some detailed teachings about how our thoughts and actions affect our projections of others(p. 77). The general idea being: if you are good to others, you will project goodness onto them.

While I studied these Buddhist teachings on projection, I also investigated their efficacy in psychological research. The positive psychological movement has found many benefits of being kind to others (Hamilton, 2017). However, I noticed that none of the studies I found investigated the effects of kindness on interpersonal "perception."

As I was studying these subjects, I also spent six years working with young adults in therapeutic populations. I was surprised to find that in spite of the extensive research on the benefits of kindness, there wasn't much therapeutic focus on why and how to be kind. And I felt that if there were a more systematized understanding of how our actions (particularly kindness in its many forms) affect our "perception" and relationships, it would be easier for direct care workers to encourage their clients toward prosocial behavior.

Therefore, I applied to graduate school and proposed my masters thesis to investigate the potential effects of empathy and generosity on impressions of an individual other.