The American chestnut, Castanea dentata, was devastated by an exotic fungal pathogen, Cryphonectria parasitica. Endophytes, organisms that reside within host plant tissue without causing symptoms, may be a reservoir for sources of biocontrol agents active against C. parasitica. Endophytes isolated from chestnut stems have shown antagonism against the blight fungus in in vitro dual-culture experiments and now need tested in living seedlings.

In the early 1900's a fungal blight, Cryphonectria parasitica, was introduced to the forests of eastern North America. This fungus proved a devastating pathogen to the American chestnut, Castenea dentata. Chestnut was once the dominant tree of Appalachian forests, forming an emergent canopy that towered above the rest of the forest. These trees were once a keystone species which raised the carrying capacity for species that utilized the nuts as food (as well as predators of those species). The nut crop and wood of these trees were also important human resources.

American chestnut still survives in the forest as a shrub; its roots are not killed by the blight. It continually re-sprouts from these rootstocks, however the stems are attacked and killed before they are mature.

Efforts to revive the American chestnut began with conventional breeding programs intended to increase tree resistance to the blight fungus. The most well known of which is the American Chestnut Foundations backcross breeding program; this effort has attempted to breed genes from resistant Chinese chestnuts into American lineages. Most recently genetically modified trees, which contain a gene from wheat, have also been produced and are completely resistant.

Fungal endophytes isolated from healthy American chestnuts may provide a new source of blight resistance. Resistance conferred by an endophyte may be applicable in genetically pure American trees, as well as complementary to the aforementioned breeding efforts. Restoring the chestnut will be a boon for wildlife and humans alike.

Having already identified an endophyte highly antagonistic to blight following in vitro (dual-culture on potato dextrose agar) testing, its activity must be confirmed in vivo (in live chestnut seedlings). If shown to be successful, field trials could begin with out-planted, inoculated seedlings. Development of an endophyte for use as biocontrol against the blight will ultimately help restore the American chestnut to our forests. This will increase the carrying capacity for our native wildlife and restore an important food and timber resource to our communities.

The majority of the funds will be used to permit hiring of a student researcher to continue the effort to develop chestnut endophytes as biocontrol agents for use against chestnut blight, Cryphonectria parasitica. Original work for this research was performed in completion of my masters degree; I would like to further develop this line of research so that endophytes with biocontrol potential may be developed into applicable products in the effort to restore the American chestnut. To do this I must find a young scientist east of the Mississippi river (due to quarantine laws) to perform an in vivo seedling trial.

The remaining funds will be used to purchase necessary equipment for the execution of an in vivo test and to cover processing fees. This includes petri dishes, media, and miscellaneous tools for the cultivation of fungi; soil, pots, lights, and equipment for plant growth in a grow chamber; and lastly, acquisition of a large number of genetically-pure C. dentata seeds.

This seems with a really cool project with a great potential application. It is awesome that the in vitro studies were done and now to see how that translates to in vivo will be exciting! 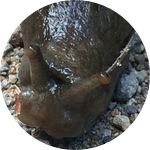 All preliminary work for this project has been completed. Funding is needed to continue the development of our candidate endophyte into an applicable biocontrol agent that can assist in the goal of restoring the American chestnut to its rightful place in our forests.

In vitro trials completed. Top candidates for biocontrol agents were identified among the endophytes cultivated from stem tissue.

Endophytes were putatively  identified to species through ITS sequencing.

Assemble supplies and begin cultivation of endophyte candidates and C. parasitica for the production of inoculum.

Germinate chestnuts to be used in seedling experiment.

Compile results and prepare a manuscript for dissemination. 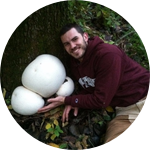 I am a botanist and mycologist with a background in forestry and a professional interest in plant pathology. I am attracted to scientific problems whose solution would provide for an improved environment while addressing the needs and concerns of the human population.

4 Lab Notes Posted
These two mature American chestnuts are in the Pisgah...
A battle to the death: Blight vs. Endophytes
Endophyte isolation