Ascending to high altitude is often associated with symptoms related to acute mountain sickness (AMS). However, factors that can accurately predict AMS occurrence remain to be discovered. While there is some suggestion that altered autoregulation of cerebral blood flow and/or impaired brain oxygenation during hypoxic exposure may determine AMS, experimental evidences do not support this hypothesis. Alternatively, it is well known that exercise alters cerebral blood flow and brain oxygenation and hypoxia can exacerbate these modifications. It is currently unclear, however, whether cerebral oxygenation status during exercise in hypoxia may be predictive for the risk of AMS.

Ascending to high-altitude is a common activity undertaken by large number of people worldwide. However, some individuals may experience symptoms of acute mountain sickness (AMS) few hours after arrival at altitude. In the last years, different authors have tried to identified some predictive parameters in order to predict AMS insurgence. However, the debate is still open. Therefore, this investigation may add further evidence on the topic, helping clinicians in the evaluation of trekkers and mountaineers who are preparing to ascend at high altitudes.

The money requested will be mainly used for covering travel expenses (such as overnight stays in the hut, mountain guides, and so on) of the subjects during the expedition to high altitude on Monte Rosa. Moreover, a small amount of the budget will be addressed to buy some materials for testing the subjects before ascending to high altitude. 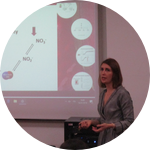 Letizia Rasica
Post Doc
Institute of Bioimaging and Molecular Physiology
This is a very exciting and important research study that will help us to understand the causes of acute mountain sickness. The study has the potential to benefit the many climbers who ascend to altitude every year. I fully endorse the project. 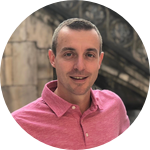 Chris Easton
Professor
Institute for Clinical Exercise and Health Science, University of the West of Scotland

Individuals will be screened at sea level starting from April 2019.

Then, during the second half of May (or eventually beginning of June if the weather will be adverse), individuals will be involved in an expedition to high altitude on Monte Rosa.

Finally, results will be shared before the end of June. 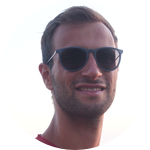 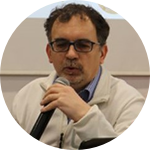 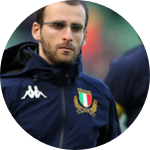 This team has started to focus on high altitude physiology in 1973, when some members were involved in the first Italian scientific expedition to Mount Everest. Since then, our group has conducted several expedition to Alps and Himalayas to better understand physiological limitation to exercise tolerance at altitude in caucasians and tibetans (Paolo Cerretelli). In fact, our group involves several well-known experts in extreme environments (i.e. high altitude).

I'm a postgraduate student at the National Research Council. I have also been accepted at University of the West of Scotland as Master of Research student.

I have completed my studies in Exercise and Sport Science at the University of Milan. During that time, I spent one year at the Institute of Molecular and Cellular Sports Medicine at the German Sport University in Cologne as a research assistant.

I am an exercise physiologist of the Italian National Research Council.

My research interests are: high altitude physiology; cardiovascular, ventilatory and metabolic responses to exercise both in healthy subjects (athletes or sedentaries) and patients (heart transplant recipients, patients with metabolic myopathies, ecc). In recent years I have participated in several scientific expedition in Himalayan regions and in the Alps

I am a Medical Doctor with a specialization in Sports Medicine and a PhD in Exercise Physiology. I started my research Experience as Associate Researcher at the University of Milan. Now I am senior Researcher at the Institute of Molecular Bioimaging and Physiology . My research interests include exercise physiology and energetic metabolism with a particular focus on regulation and functional evaluation of skeletal muscle oxidative metabolism, in normal, extreme and pathological conditions. For the most part, research has focused, especially, on physiological adaptation to exercise in chronic hypoxia, physiological adaptation to exercise and limiting factors in heart transplant recipient, limiting factor of V’O2 kinetics during exercise transitions. I took part in several scientific campaigns at altitude.