We hypothesize that playing tabletop roleplaying games can result in higher scores on ethical sensitivity surveys. In this study we will focus on participants playing Pathfinder role playing game. We will have at least 50 people play the game with a dedicated dungeon master. With the funding we will be able to compensate the players and the dungeon masters for their time and take surveys on if playing the game increases the average score on ethical sensitivity surveys. The overall goal of the project is to collect data to determine if playing role playing games has a positive effect on one's ethics.

The background of this project is designed at looking into better ways of training and improving the "moral imagination". The "moral imagination" is a concept in professional ethics particularly wherein the best way for professionals (lawyers. doctors, police officers, etc.) to improve their own ethics is to practice mental exercises that allow them to make moral decisions in circumstances where no real harm can be done to better prepare them for situations where real harm can occur. Doctors deciding how to treat patients who do not want to be treated, the way police officers respond to violent or non-violent situations, even something as simple as a college student deciding whether or not to cheat. Roleplaying games might be a useful tool for building those abilities.

The majority of talk involving RPGs and ethics has so far been about whether RPGs are creating satanists and murderers, and what sort of negative impact they have on morality. Very little research has actually been done as to what sort of positive impact RPGs can have as tools used to improve the teaching of ethics. This project is designed to explore just that. If successful, this project could lead to improved ethics curriculum designs. These new designs might be a bridge to existing problems such as gender bias and discrimination, which is particularly noticeable in both academia and the gaming industry.

Immediate goals are to see if those playing games have an average higher score on ethical sensitivity surveys than those not playing the games.

That information will allow us to pursue more detailed and in-depth studies, particularly over what sorts of games and hobbies can be used to teach, and what sorts of specific things they can teach.

Because RPGs exist almost entirely within one's imagination, they allow for any person playing them to experience a situation through the eyes of a different race, gender, religion, sexual orientation, and even as a different species. What this might mean is one day teaching about the benefits and rights related to vegetarianism by designing a game that lets players explore life as someone turned into an animal, with the same rights as other animals.

We're asking for $3,300 at least 50 people to dedicate 60+ hours to us. We want to be able to compensate them for their time. We're also asking Dungeon Masters (DMs) to dedicate 300 hours to running these games too, which is also worth compensation. Physical materials for playing the games will be purchased.

We will have each group of 4-6 players with one DM play this game once a week for 12 weeks. Each experimental group will be paired with a control group, which will not play the game. Each participant will be taking 3-4 surveys during study.

We've set a stretch goal for $6,000 as more funding means a larger sample size so we can recruit larger groups. 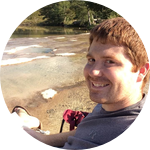 I have been playing RPGs for many years now. They've always been a hobby of mine. I have plenty of anecdotal evidence about how they improve critical thinking, problem solving, teamwork, tactics, and various other life skills. When I started researching Ethics it never even crossed my mind that RPGs would be a way to actually teach Ethics. I thought the opposite, that learning more about Ethics would make me better with the different (broken) alignment systems in many RPGs.

However, after looking more into the "moral imagination" and the ways it betters the professional ethics, I really became passionate about exploring the role RPGs can play in teaching or strengthening general or professional ethics. I am excited to see them become more than just a hobby.

I would love to dedicate years of research into tabletop RPGs. I would love to develop or work alongside developers to make the kind of RPG that is so academically renowned for its ability to teach, that schools adopt it into their curriculum.

3 Lab Notes Posted
Why this will work
What sorts of things will the subjects be doing in the...
Why Role Playing Games?