Our immune T-cells are a type of white blood cell that are crucial to recognise and attack infections and cancerous cells. For this reason, T-cells are important drug targets in vaccines and cancer immunotherapies. A drug currently in pre-clinical development is showing promising results in boosting a key regulator in T-cell functions 500-fold, but how this happens remains a mystery. We hypothesise that the drug increases the active state of the T-cell regulator by inducing a structural change.

We are particularly interested in how the T-cells – an important part of our adaptive immune system – are spurred into action. T-cells receive and relay signals from their environment using a complex signaling network. Core players in this network includes the T-cell receptor, which can switch the T-cell into active mode when it binds a pathogen. Whether or not the protein can activate the T-cell depends on the 3D form it takes: either be ‘open and active’ or ‘closed and inactive’. Our lab has previously demonstrated that the structure of this phosphorylating protein affects how it clusters on the membrane. The working hypothesis is that the drug enhances T-cell activation by increasing the ‘open and active state’ of the protein, which in turn affects its clustering.

T-cells are incredibly important in immunity, protecting us against infections and diseases. In our study we aim to work out the mechanism of action of a promising, yet unpublished, peptide-based immunotherapeutic drug that boosts T-cell responses. Once we know the mode of action of this drug, it will help us understand and further refining therapeutic approaches to boosting immune responses.

We will be testing the effect of a promising drug on a protein and its clustering. For that we will need cell culture media and tissue consumables. We will need Neon Transfection System Kit which promises better transfection efficiency. For imaging, we will need lipid bilayers (created with several reagents) and imaging chambers (Ibidi slide with a removable 8 well silicone chamber for cell culture and immunofluorescence staining chambers), and 2 different commercial antibodies to attach the T-cells to the lipid bilayer. Additionally, we will need to pay for access to a high-resolution microscope, housed at the core facility at UNSW Sydney.

Developing new therapeutics are key to increasing the survival rates for cancer. The drug of interest has shown promising results in earlier work demonstrates a novel potential immune boosting-based therapy. This is a very relevant project that could greatly impact on the current combined efforts worldwide to successfully produce vaccines and to eliminate cancer. I am confident that Britt can successfully investigate the mechanism of this drug. 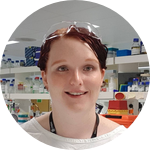 Sarah Miller
Research Assistant
EMBL node in Single Molecule Science, UNSW
Understanding how a T cell becomes activated upon recognition of aberrant cells is crucial for the development of novel immunotherapies. Britt's project will help uncover the molecular mechanisms of this promising immune-boosting drug, bringing us one step closer to our understanding of this complex system. 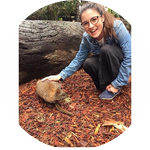 Megan Farrell
PhD Student
EMBL Node in Single Molecule Science, UNSW
Britt is currently an intern in our Lab at the EMBL Node in Single Molecule Science at UNSW. This work will probe how the spatiotemporal behaviour of the critical TCR signalling protein alters in response to drug treatment. This will provide new insights into the drug mechanism, and aid future work. 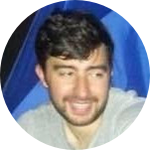 During my internship of 7 months, I first started by familiarising myself with the literature and getting learning techniques, such as microscope handling and sample preparations. At this moment, I am testing clustering of the protein in T-cells in basal conditions. Next, I will test the effect and mechanism of the drug on the protein its clustering. The results of this research will be reported in my final master thesis and a manuscript will be written.

Results of the protein its clustering in basal conditions 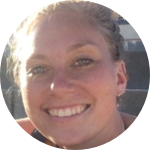 I am a Biomedical Sciences master student at the University of Amsterdam, currently doing my final internship at the University of New South Wales Sydney, Single Molecule Science. The track of the biomedical sciences master I am following, 'Cell Biology and Advanced Microscopy', allows me to specialise in using advanced microscope techniques in diverse biological questions. The lab of Katharina Gaus and Jesse Goyette, where I will be conducting the research, brings expertise of biologists, physicists and engineers together in order to address T-cell immunity related questions using new single molecule microscopes. Under supervision of Katharina and Jesse, the lab will help me to improve my microscopic skills and focusses on teaching you to work independently and to think critical about research, which prepares me very well for doing a PhD.