There are about 1.7 billion cases of diarrheal disease every year resulting in the deaths of over 2 million people. I together with my colleagues discovered a new mechanism responsible for generating diarrhea. The goal of this project is to identify molecules that already exist and are used for other purposes, to block this mechanism and stop diarrhea.

None of us are strangers to diarrhea. There are about 1.7 billion cases of diarrheal disease every year resulting in the deaths of ~ 1.5 million children under the age of 5 and 1.1 million people over 5 years old. Over the past decade I have been interested in identifying the molecular mechanisms responsible for this condition and recently we discovered a previously unknown molecular strategy that results in diarrhea generation. We found that a protein called connexin-43 that is normally involved in forming channels between adjacent cells is increased in abundance and is redistributed from the sides of the cells that line the inner surface of the colon to the top of the cells. This reorganization causes pores to form in the colon cells thereby enabling the release of ions and water from the body into the lumen (the inside space) of the colon. This results in increased water levels in the colon and thus diarrhea. Conveniently, the mis-localization of these connexin-43 channels positions them in the ideal orientation for pharmaceutical blockers.

Molecules that target connexin-43 channels already exist, however these drugs have never been used for the treatment of diarrhea. We hope to use all currently available connexin-43 inhibitors as potential diarrhea blockers in mouse models of the disease. If successful, this pilot study will serve as the launching point for the formulation of new pharmaceuticals that will be designed to be restricted to the intestine, thus decreasing any system-wide side effects, while still preserving the connexin-43 blocking and diarrhea inhibiting abilities of the drugs.

Diarrhea will impact all of us and millions of people die from it yearly. This project has the potential to identify molecules that can be used as a starting point for new pharmaceuticals against diarrheal diseases and will save lives.

I already have the personnel lined-up to conduct this research. The funds will be used exclusively for the costs of animals, materials and reagents. 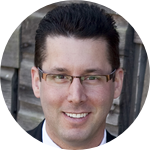 Dr. Julian Guttman received his MSc, Ph.D. and Postdoctoral fellowship at the University of British Columbia. His primary field of research examines host-microbial interactions with research emphasis on alterations to human cells caused by bacterial pathogens. His lab primarily examines gastrointestinal pathogens but has recently branched into understanding how potential bioterrorism agents also cause disease in humans. He has served as a reviewer for over 30 scientific journals, has published over 40 manuscripts and currently also holds a Canadian Institutes for Health Research New Investigator Award.