Our bodies are comprised entirely of protein (skin, bone, muscle nerve, etc.) which must be folded exactly correctly during protein synthesis in order to fit and function properly. With age, our cells gradually lose the ability to fold the body's protein correctly, and for this reason we slowly deteriorate physically and mentally. The goal of this project is to identify an easy, fast, safe and inexpensive formula (“CellSaav") which will restore this protein folding capability.

The human body contain over a hundred trillion cells, and the primary function of each cell is to produce protein – skin, bone, muscle, neurons, etc. Each protein molecule must be folded into the precise configuration required to integrate with other protein molecules to fit and function properly. To manage this folding, the cells of every life form (human, animal, bird, fish, insect, plant and even bacteria) produce "folding chaperone protein" (HSP40, HSP60, HSP70, HSP90, HSP100).With advancing age, we produce less and less chaperone protein, and our cells gradually become unable to fold much of their protein correctly – age related decline. Today, there is no treatment to remedy this cell insufficiency in chaperone protein for those who need it. With your help, we can change that.

Misfolded protein within the cell, accumulates in large "aggregates" of aberrant, non-functional, biologically inactive structures, which trigger cell death when they reach a certain size threshold. But the "folding chaperones" are able to untangle the misfolded "aggregates" and refold the protein into its biologically active state, thus preventing cell death, and restoring normal functionality to each cell. The CellSaav project will conduct clinical testing to identify an "optimum" formula for overcoming the aging body's protein folding deficiency. The resulting formula should consist of a medication that is already FDA approved. It will be a very inexpensive (under $1.) single-tablet medication that poses minimum risk of side effects and virtually no risk of toxicity or addiction. This goal is so important to so many people.

The CellSaav project's controlled clinical testing has been approved by a recognized medical research center, however, the project is pending due to funding.

The first CellSaav project goal will be to conduct clinical testing to determine the optimum pharmaceutical formula for invoking a Heat Shock Response (HSR) that will trigger induction of the HSP protein folding chaperones.

Then, with the balance of funding, our objective will be to make this treatment available in Canada and the United States, and in as many other countries as possible, at the lowest feasible price, which could be less than $1 per weekly or monthly treatment.

The CellSaav medication may prove to be the most important medical treatment of the century.

With your help, we can make it happen. 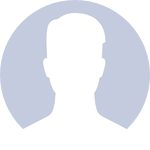 Dr. Carlos Yu earned his M.D. at the University of Western Ontario, and Bachelor of Math in Applied Mathematics at the University of Waterloo. He has 25 years experience in Medical Practice, and has recently completed construction of a new Medical Clinic and Health Research and Educational Centre.

The testing for the CellSaav project will consist of a one-day clinical test to determine the optimum "CellSaav" formula to induce large scale production of protein folding chaperone. The test will be conducted at a recognized medical facility, and measured using flow Cytometry, a laser-based biophysical technology.

LINK to VIDEO: Journey Inside the Cell 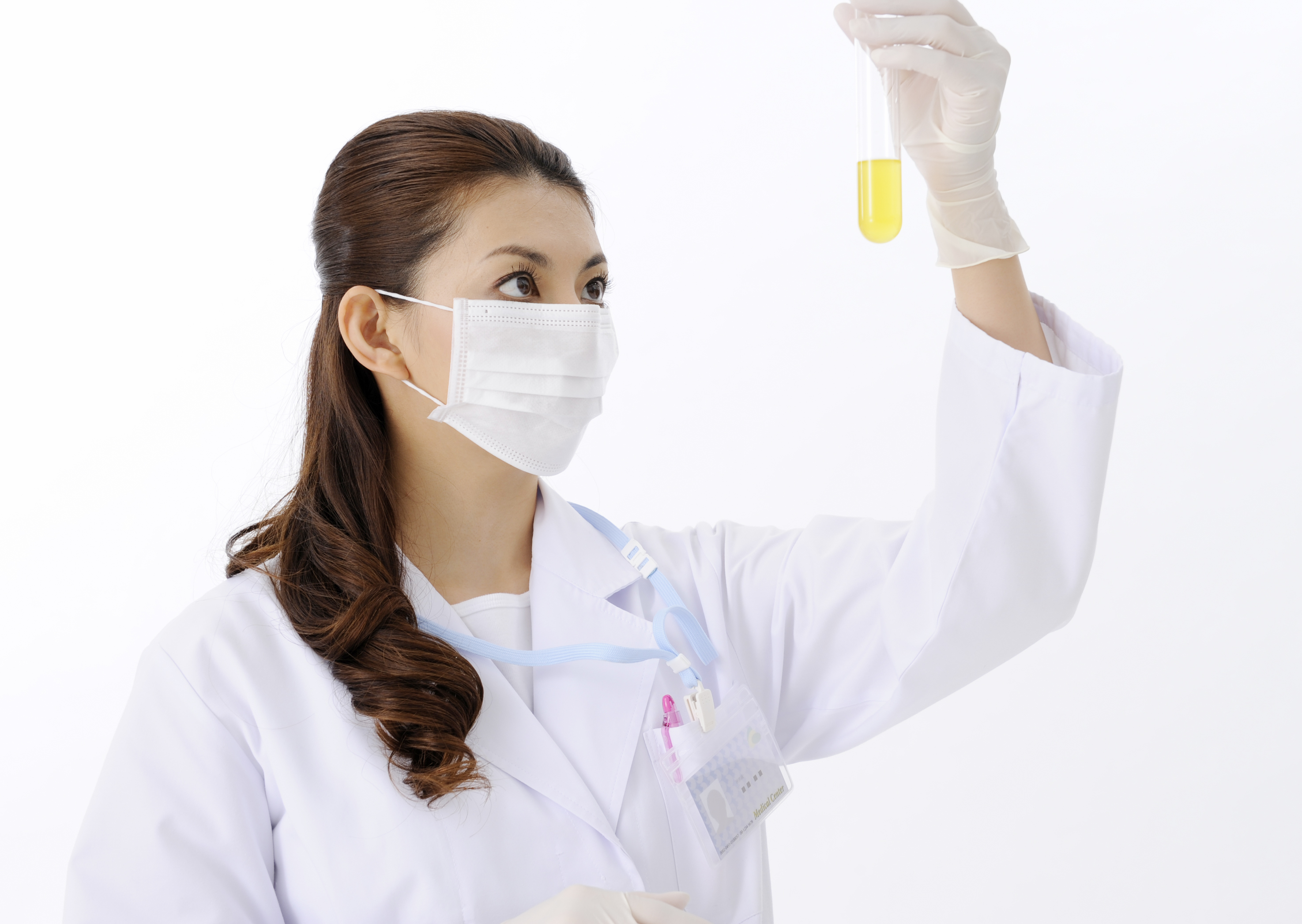 The restoration of "folding chaperone protein" has been shown to be a promising therapy for the prevention and the treatment of Huntington Disease, Parkinson's Disease, Alzheimer's Disease, Amyotrophic Lateral Sclerosis, Neurodegenerative Diseases, Cerebral Ischemia, Muscular Dystrophy, Diabetes and many other medical disorders, See an expanded list under the "Abstract" tab above.

These are some quotes from 4 of the 50 reports.

1 The Role of Heat Shock Proteins during Neurodegeneration in Alzheimer's, Parkinson's and Huntington's Disease

Misfolded proteins and protein aggregation are controlled by molecular chaperones such as heat shock proteins (HSPs) that are constitutively and inducibly expressed in the nervous system… There is increasing evidence that HSPs could counteract common pathological mechanisms that take place during Alzheimer's disease (AD), Parkinson's disease (PD) and Huntington's disease (HD)… HSPs provide a first line of defence against misfolded proteins and hence could act on early steps in misfolding disease pathology. Early synaptic and axonal abnormalities in AD, PD and HD may therefore be partially reversed by HSPs. ______________________________

13 Hsp70 and its molecular role in nervous system diseases.

The human body contains up to 120 trillion cells. The primary function of each cell is to produce and maintain protein – skin, bone, muscle, hair, nails, nerves, etc. Each protein molecule is composed of a multitude of elements, and all these elements have to be folded into the exact configuration (or shape) required to integrate with or attach to other protein molecules. Like the pieces of a jigsaw puzzle. If a protein is not folded into its precise "native" configuration, it will not fit correctly or function properly. Thus, the cells in our bodies have the daunting task of folding "billions of trillions" of protein molecules into a wide range of exact conformations.

For most types of protein this requires the help of HSP molecular chaperone molecules. Molecular chaperones guide protein molecules from the point of initial synthesis from the ribosomes through proper folding in all the stages of its translocation and functional performance.

But with advancing age, our "constitutional" HSP chaperone supply steadily dwindles and our cells gradually become unable to correctly fold new protein. Then in the absence of sufficient chaperone protein, the quality of the protein produced in each cell's protein synthesis process (skin, hair, bone, nerve, muscle, etc.) gradually, but steadily declines, and our cell's protein becomes more and more deficient.

Folding chaperones were discovered by accident in 1961 when a lab worker inadvertently boosted the incubation temperature of cell cultures. This was the first clinical observation of that cellular protection mechanism called the "Heat Shock Response" which induces the production of a family of "Heat Shock Protein" (HSP) that function as "folding chaperones". (including HSP40, HSP60, HSP90, HSP100 and especially HSP70 with a molecular weight in the range of 65,000 to 78,000 Daltons). However, it took over 20 years for the medical community to begin to recognize and acknowledge the significance of this discovery, and many years more, to discover the crucial importance of HSPs.

Up until very recently, there has been no way to remedy the age-related cell insufficiency in HSP chaperone protein, even though we knew that under very abnormal conditions of cell stress or injury the cell itself through the "Heat Shock Response" would produce large volumes of HSP chaperones, the most abundant of which is HSP70. Under such stress conditions the cell goes into maximum protein production to repair cell damage and restore the injured cell.

Each cell produces all the specific HSP folding chaperone protein that is required for the proper folding of that particular cell's new protein production.

It has recently been found that a "Heat Shock Response" to "induce" the production of HSP chaperone protein can be invoked under "normal" conditions, without the need for cell injury. This process has been demonstrated in vitro in the laboratory and in animal studies with the use of various chemical compositions. The action of "CellSaav" is based on this process of invoking the cell's Heat Shock Response, without the need for cell injury.

While the HSP chaperones can restore the cell itself including neuron cells, they cannot restore the dendrites which connected the various neurons for "memory" and "thought" processes. When brain cells die and dendrites are lost, they cannot be recovered. So it is crucial for seniors to periodically receive medication in advance, to "prevent" memory loss through the gradual death of neurons.

Evidence has accumulated indicating that the presence ofHsp70 on the plasma membrane or in the extracellular fluid is highly immunogenic and exposes tumor or cancer cells to death by immunologic attack. Hsp70 was found selectively in the plasma membrane of tumor cells, but not in normal cells by cell surface biotinylation and immunofluorescence. This finding was confirmed most recently by proteomic profiling of tumor cell membranes. The amount of membrane-bound Hsp70 on tumor cells positively correlates with their sensitivity to death by disintegration, mediated by natural killer (NK) cells. This intrinsic protection provided by each cell, may be significantly reduced with age-related decline in HSP70 protein levels.

The objective of "CellSaav" is not just to prevent the "death of cells", but to also restore the natural functionality of each cell, using the cell's intrinsic, internal capability, so that it can once again efficiently execute the operations it was meant to perform. The formula will be comprised of very low cost pharmaceuticals that are already approved for over the counter (OTC) use.

The first CellSaav project goal will be to determine from clinical testing, the optimum pharmaceutical formula for induction of the HSP folding chaperones.

If funding is available, our further objective will be to make this treatment available in Canada and the United States. Then, budget permitting, in as many other countries as possible.

Today, there is no treatment on the market to increase (or up-regulate) HSP Chaperone production in the billions of aging persons who have a serious deficiency. But there have recently been many medical studies published that show the clear need for such a treatment. (See "Abstract" tab above)The purpose of CellSaav is to make this treatment available at the lowest price possible; hopefully less than $1 per weekly or monthly treatment. At this price, there should still be a margin of significant profit for both the manufacturer and the retailer.

It remains to be seen what the optimum "CellSaav" formula will be for generating a Heat Shock Response, to induce this folding chaperone protein, and what the ideal treatment interval should be – weekly or monthly. But there seems to be no question about the essential need for this treatment in view of its preventive, remedial, restorative and therapeutic power.