Chelators, such as EDTA are added to synthetic fertilizers as a means of keeping micronutrients more readily available to plants by keeping the metal ions from interacting with the soil chemistry. Unfortunately chelating agents have been shown to persist in the environment and disrupt the soil microbial community. By comparing the absorption of micronutrients from chelated an non-chelated metals, I hope to discover the associated trade-offs.

Studies have already shown that using non-chelated metals are absorbed more readily by the leaves of the plants, however, using the same metals in chelated form has shown better absorption through the root. Unfortunately these rates have only been determined during the short-term, and since chelators break down in the presence of certain environmental conditions, long-term advantages seem to be little, if any. Chelators are also used to extract toxic metals like lead out of the soil in a process called phytoextraction, so why use something that can poison you or your garden with these toxins. Long before chelators were used, plants still obtained nutrients from the soil, meaning there are other ways to obtain the minerals needed, possibly at a much safer and more cost effective way.

Fertilizers essentially help grow the world's food and clothes. Without them, agriculture would not be what it is today; higher yields all thanks to science. Because chelators are not cheap, creating a better fertilizer would help many save large amounts of money on fertilizer; money that could be spent elsewhere. For both the home gardener and the farmer, getting rid of a chemical that at high levels can be toxic, is just better for the environment as a whole. By eliminating accidental phytoextraction, we can grow a healthier tomato or ear of corn. By allowing the soil microbial community to remain intact and uninterrupted, synergism between plants and bacteria could increase producing higher and better yields. All of this because of the elimination of a single chemical.

Initial goals will be to show that plants can survive off of micronutrients that are not chelated. Since the primary literature shows that chelated minerals are absorbed by the root of the plant at higher rates in the short-term, the second goal would be to show that the plant can absorb at least the same amount of non-chelated micronutrients in the long-term (at most, six months). If time and funding remains, other goals include looking at differences between soil microbes and their interactions toward chelators, and if this disrupts bacterial-plant interactions, and if accidental phytoextraction can be greatly reduced.

Because I possess no chemicals that will be needed for this research, I will need to purchase all chemicals. These include all micronutrient chemicals, chelators, and other chemicals that will be necessary during the whole experimentation process. Special growing supplies will be needed, like nutrient deficient dirt, different seeds of different plants and pots. Because I do not own any of the expensive equipment needed to perform all quantitative testing, I will need to send this out to an external lab. Without this needed testing, I will not be able to obtain the results needed. Glassware and Misc. expenses will be needed on an as needed basis for when things need to be mixed, tested, and other odds and ends. 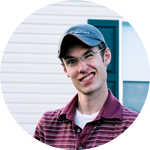 Since graduating in December, 2013 I have found it rather difficult to find work in my field of study. Instead of continuing to wait around until someone will hire me, I have decided to start my own freelance research as a form of resume building and expanding my experiences on my own time. Plants are something that we as humans need, and anyway to give them an advantage in today's demanding society is always a plus. While working on my thesis I worked with a species of green algae, which is in essence, the simplest form of plants. By working with algae, I became to understand the plant better on a cellular level. This coupled with the fact that I studied microbe interactions, makes me wonder if there are far better ways to give the plants we love, the items necessary to grow. Besides a love for plants and science, I share a passion for long-distance running, playing piano, and reading anything I can in my spare time.

I am currently a graduate student in the Department of Biological Sciences at Sam Houston State University. My thesis topic is my current research project, that involves bacterial quorum sensing and its disruption by algae. The current idea to prevent antibiotic resistance and increase higher response to antibiotic therapy in bacterial infections is to disrupt the quorum sensing pathways in bacteria, which disrupts bacterial communication. With modern chemistry, we can synthesize molecules from scratch, or, since nature has a head-start on mankind, we can use the molecules found in nature. By using the second approach, I am trying to structurally identify the compounds secreted by a green algae that mimics and interferes with quorum sensing in Pseudomonas bacteria.

1 Lab Notes Posted
Why I decided to research this topic.