Chumash groups on Santa Cruz Island, CA made shell beads, which were widely used as currency. Archaeologists have investigated these beads, but the stone tools used to make them are not well understood. This is like studying money, but not understanding the mint; those groups that control access to stone also control access to bead production. This research uses experimental archaeology and excavated assemblages to investigate how drills were made and traded.

Chumash populations on Santa Cruz Island (SCI) are famous for making shell beads that were used as currency both on the Island and on the California mainland. Many research projects have investigated these beads and, to some extent, their production, but very few have examined how the chert (a particular type of rock found on SCI) drills used to make shell beads were manufactured. This research project will contribute to previous research by quantifying (statistically analyzing) how these micro drills were produced via experimental archaeology. In this way, various stone tools found at archaeological sites on SCI can be defined in terms of their stages in micro drill production and stone trade patterns and other economic patterns can be reconstructed.

Understanding how chert micro drills were produced for shell bead manufacture is the equivalent of understanding how a mint manufactures money; those people in charge of the mint are also in charge of the currency produced. Were the Chumash villages near the chert resources economically in charge of how that chert was traded? If so, did the local Chumash population manufacture chert drills and trade those finished drills to other groups? Or did the local population trade raw chert to other groups who independently manufactured drills at each village. By reconstructing how drills were made, the archaeology will tell us how chert was traded across SCI and therefore inform us about Chumash economics on the island.

This research project will have four parts. First, I will analyze excavated chert stone tools in order to understand how they were made. Second, I will collect raw chert from SCI and bring it back to my lab space at UC Santa Cruz. Third, I will experimentally reproduce chert micro drills using a controlled lab methodology that I previously developed for older archaeological material. Fourth, these experimental collections will be statistically analyzed and compared with archaeological material to identify stages of drill production at archaeological sites. From this we will be able to tell what stages of drill production were present at each site. Results can be applied to future excavations as well.

This budget represents the minimum expenses required to travel to Santa Cruz Island, procure the the necessary raw materials with the necessary permits, and analyze excavated archaeological materials housed in Ventura and Santa Barbara. The results coming from this budget will model how micro drills were produced and what all of the stages of production statistically looked like. Future research will apply these results to various archaeological locations on Santa Cruz Island can be applied to archaeological sites excavated in the future.

As someone who personally studies these microdrills on the Channel Islands, I really am excited about this project! Dr. Reti will be bringing a much needed experimental archaeological approach to an important topic of study! 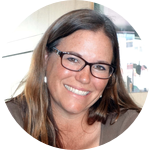 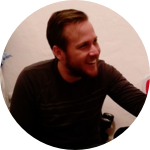 I told my second grade teacher that I wanted to be an archaeologist. Since then, I have developed a passion for studying the evolution of technology in the human species. My doctoral research at Rutgers University focused on the oldest stone tool technology, the Oldowan, from sites like Olduvai Gorge in Tanzania and Koobi Fora in northern Kenya. My current research focus is on methodology in archaeology, specifically in lithic analysis (the study of stone tools). I am interested in how stone tools can reconstruct human economic behaviors and give us insight into daily life, decision making strategies, and relationships between groups. I currently lecture in the Anthropology Department at UC Santa Cruz.