This project maps the course of scientific ideas as they navigate the cultural landscape of nineteenth-century Ireland. It is primarily concerned with the relationship between scientific knowledge and urban space and takes as its theme the mid nineteenth-century discourse on earth sciences in Ireland. It assesses the crucial significance of city-lives, space and place on contemporary discussions around the age, structure and evolution of the earth.

It has become increasingly apparent through the work of historical geographers that scientific endeavour itself has an important geography. By focusing on the close relationship between knowledge, place and space this project builds on these ideas and provides new interpretations of the history of science in an urban context. Thinking about cities as sites of and for science enables us to map urban cartographies of scientific thought. This is particularly significant when applied to the nineteenth century when science was being given disciplinary shape. My research focuses on how knowledge relating to the earth and its systems was produced and circulated in Irish cities in the mid nineteenth century.

Firstly, set within the research agenda of ‘science and the city’, the spotlight is placed on cities which have lain outside of the mainstream focus to date. While it has long been accepted that the advancement of science and the rise of the metropolis are intertwined processes, much work has yet to be done on the pairing of science and urban space in European cities deemed to be ‘second’ or ‘peripheral’. Secondly, the approach adopted by this project - thinking about the spatial nature of science - is vital to comprehending the different meanings science has had for its practitioners from early times to the present. Finally, this project encourages reflection on the benefits of employing geographical analysis in historical encounters with science.

The empirical goals of the project are threefold. Firstly, I plan to carry out a scoping exercise in the summer of 2017 which will involve trips to libraries in Belfast, Dublin and Cork to gather data on earth science scholarship of the period. The second phase will be mainly desk-based as the material is collated, analysed and written up. Thirdly, the proposed outcome of the project will be a journal article on the role of space and place in 'fashioning the geosphere' from the (as yet) uncharted perspective of three nineteenth-century Irish cities. Other important project goals are to highlight the value of a geographical approach to the history of science, and to raise the profile of the history of science and technology in Ireland.

This is a paper based archival investigation. The funding required is needed for travel, library fees and writing materials. I am currently a non-affiliated independent researcher and do not have access to institutional or external funding.

This exciting project imaginatively situates revolutionary scientific debates about the earth in the intellectual cultures of three Irish cities. It is based on the provocative assumption that ideas do not float free from the contexts in which they are discussed and defended but instead become thoroughly entangled with other cultural and political concerns. The proposed research promises to offer a gripping and novel narrative about the cultural politics of scientific reconstructions of the earth. 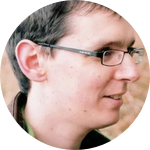 I graduated from Queen’s University Belfast in 2014 with a PhD in the Geographies of Nineteenth-Century Science. I also hold a BA and a Master’s Degree in Archaeology from University College Dublin. Currently, I am an independent postdoc researcher with interests in the history of science, scientific biography and science and the city.