Although Cuvier’s beaked whales are found in all the world’s oceans, they are rarely observed and detailed knowledge on their ecology is scarce. However, during a 2016 expedition to Guadalupe Island, we recorded 33 sightings over two weeks, the highest encounter rate ever reported for this species. This remote island is an ideal study site to investigate these poorly known animals, and we plan to conduct research methods never before used in this area.

Guadalupe Island is a Biosphere Reserve located 150 miles west of Baja California, Mexico, and is known as a hotspot for great white sharks. It’s also an important colony for several pinniped species. In contrast, very little is known about the whales and dolphins that occur near the island. Cuvier’s beaked whales are extreme divers that spend little time at the sea surface, and are generally very hard to study in the wild. However, opportunistic sightings suggest that they are abundant at Guadalupe Island, and that this remote location might be an important breeding and feeding ground. An expedition to Guadalupe Island in October 2016 revealed a remarkably high sighting rate of this species, and thus it is an exceptional natural laboratory for baseline studies on Cuvier’s beaked whales.

Cuvier’s beaked whales are highly vulnerable to certain human-generated sounds, and serious injuries to these animals have been linked to naval sonar and seismic exploration. Basic research is needed to assess their natural behaviors to better understand and mitigate their susceptibility to potential disturbances. The isolation of Guadalupe Island makes it a relatively pristine habitat, and coupled with the high sighting rate of this species in its waters, it represents a unique opportunity to collect data on these rarely seen animals. By increasing our scientific knowledge of Cuvier’s beaked whales, we can evaluate possible future impacts caused by human activities, and this information can also help in the design of management and conservation strategies by environmental authorities.

The plan is to sail to Guadalupe Island aboard the R/V Martin Sheen in May 2017 to continue to gather baseline data on this population of Cuvier’s beaked whales. Visual observation data will allow us to examine abundance, distribution, and habitat use. We will obtain pictures of individual whales to increase the existing photo-ID catalog, and compare it to the Southern California catalog to identify possible regional movements and site fidelity to the island. Biopsies will be conducted to collect samples of skin and blubber, which will determine the genetics, hormones, pollutant levels, and diets of the whales. We will also deploy two types of animal-attached tags, which will provide a wealth of information on habitat use, diving profiles, vocalizations, and foraging behavior.

This project is being supported by the Sea Shepherd Conservation Society (SSCS), which is providing the use of their research sailboat, the R/V Martin Sheen, as well as covering the travel expenses of their crew members and the costs related to the production of a video documenting the field activities. Dr. John Hildebrand of the Scripps Institution of Oceanography is lending us the use of an Acousonde 3B tag and a SPOT6 satellite tag. The project has four major cost components: 1) Personnel travel expenses for three scientists to Ensenada, where the sailboat will embark from; 2) Fuel for the sailboat to navigate from Ensenada to Guadalupe Island and for surveys around the island; 3) Fuel for a small boat (panga) used for animal tagging and salary for the captain of the panga (a local fisherman of the island); and 4) Food for the six scientists and the six SSCS crew onboard the sailboat.

This project represents a unique opportunity to study Cuvier's beaked whales, where sighting and resighting data can be gathered along with passive acoustic monitoring and tagging. These data will provide valuable insight into not only this population of beaked whales, but Cuvier's beaked whale behavior in general. This team of scientists have the expertise needed to conduct this kind of multi-faceted research project. 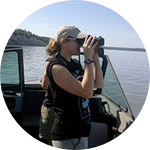 Elizabeth Henderson
Bioacoustic Scientist
Navy Marine Mammal Program
I have known Gustavo Cardenas for many years. He is now recognized as the leading beaked whale researcher in Mexico and is working on his PhD project. Little is known about these rarely seen animals, and Guadalupe Island is one of the few areas where they aggregate. This project can help us understand how the area is being used by these whales and can help promote their conservation. 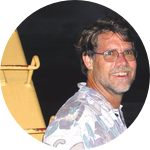 Jay Barlow
President, Society for Marine Mammalogy
Scripps Institution of Oceanography and NOAA
This project has great potential to improve our understanding of the movements and natural behavior of Cuvier’s beaked whales, a species that is known to be especially sensitive to anthropogenic sound. The research team and crew are exceptionally qualified, with extensive experience working in the waters of Baja California. The group's preliminary observations show that the area around Guadalupe Island is likely a critical habitat for Cuvier’s beaked whales. 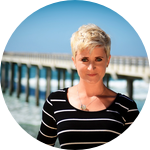 Arrive in Ensenada and load the R/V Martin Sheen

Return to Ensenada at the completion of fieldwork 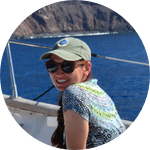 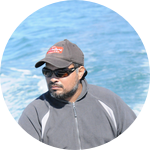 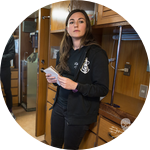 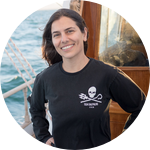 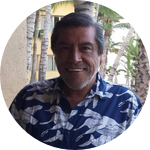 I graduated from the University of California, Santa Cruz with a B.S. in Ecology & Evolution, and later went on to complete an M.S. in Zoology at the University of Otago in New Zealand. I have also done fieldwork in Australia, Hawaii, Antarctica, Mexico, and all over California, and have been studying marine mammals for over 10 years. I am currently based in San Diego, California at the Scripps Institution of Oceanography, and since 2013 my research has primarily focused on beaked whale acoustic ecology. In particular, my work examines how we can investigate beaked whales by analyzing passive acoustic recordings for their unique echolocation signals.

I graduated from the Universidad Autónoma de Baja California Sur in La Paz with a B.S. in Marine Biology, and in the same University I graduated with a M.S. in Coastal and Marine Sciences. My Master’s topic was the distribution and habitat of beaked whales of the Southwest Gulf of California. In 2009, I led the first research project focused on beaked whales and cetaceans of the Guadalupe Island. In October 2016, I was the chief scientist of the project named “Divina Guadalupe”, which was done in collaboration with Sea Shepherd Conservation Society and SCRIPPS Institution of Oceanography (among other organizations) to re-start the research effort to study the ecology of Cuvier’s beaked whales of Guadalupe Island. I have collaborated on more than 25 research projects on cetaceans since 2002. I have done field work in all over the Gulf of California, Gulf of Alaska, south of California, Gulf of Mexico, Archipiélago Islas Marías, and in the Pacific coast of the Península of Baja California. Currently, I am a PhD student at CICESE where my topic research is related to the effects of the presence of dolphins and other variables to the acoustic detection of vaquita.

Captain Oona Layolle is a professional master 500GT. Captain Layolle joined the organization in 2011; she is now a veteran of nine Sea Shepherd direct action campaigns and six marine research projects for marine conservation. “Sea Shepherd has been the perfect organization because I can use my skills and experiences to fight for life and serve our planet”.

Carolina A. Castro is a filmmaker and documentary photographer that
travels the world documenting environmental and ethnographic themes. She
has been a Field Producer for shows such as OCEAN WARRIORS and WHALE
WARS, both on Animal planet. Carolina’s footage can also be seen on CBS’
60 MINUTES and CNN News among others.

Castro also works as a Media Strategist and Producer for NGOs to
develop specific media projects that illustrate the organizations views
and promote campaigns and environmental solutions.

Carolina has been a Media Strategist for Sea Shepherd’s Operation
Milagro I and II. And currently working to develop media strategies for
Sea Shepherd’s Scientific Research projects.

Dr. Rojas-Bracho heads the Coordination for Marine Mammal Research and Conservation in Mexico. He established the international recovery team of the vaquita (CIRVA) whose recommendations have been the basis for the recovery program of this species. He has authored or co-authored over 90 scholarly articles, book chapters and technical reports on marine mammals. Dr. Rojas-Bracho has been a member and has chaired different international committees and working groups related to the management and conservation of endangered cetaceans worldwide. He is a member of the CMS Scientific Council’s Aquatic Mammals Working Group and the IUCN’s Cetacean Specialist Group, and The Red List Authority and the board of the Society of Marine Mammalogy and has been a keynote speaker in different meetings. Dr. Rojas-Bracho is Mexico’s Commissioner to IWC and chairs its Conservation Committee. In 2015 he was awarded IUCN’s SSC Chair’s Citation of Excellence and the SMM Conservation Merit Price.

Jorge was born in Mexico City. He received his Ph. D. from the National University of México (UNAM). He began his research on whales since 1982, when he initiated the first long term study on humpbacks in Mexico. Jorge has presented papers on this topic at more than 80 international meetings, and has written more than 70 scientific publications about the great whales and dolphins of the Gulf of California. He has special interest on the fin, humpback and gray whales, as well of beaked whales from the Mexican Pacific. From 1991 to 1993 he was president of the Mexican Marine Mammalogist Society (SOMEMMA). He is chairman of the Subcommittee of Whale-watching of the Scientific Committee of the International Whaling Commission, and member of the Cetacean Specialist Group of the IUCN. He is member of the steering committee of SPLASH. Actually Jorge is the Coordinator of the Marine Mammal Research Program of the Universidad Autónoma de Baja California Sur (UABCS) at La Paz, México.