There are few new options for cancer treatment. One class of biomolecules recently being explored is microRNA (miRNA). These are small molecules that control many cell functions. While miRNA function is understood, methods for therapy aren’t available – with effective miRNA delivery being the limiting factor to using it for cancer therapy. This research aims to develop tools to deliver miRNA to cancer (and other diseases).

MiRNA is one of several non-coding RNA sequences that act as post-transcriptional regulators of protein synthesis. Although a host of strategies for miRNA modulation have been designed, two general ideas have predominated: miRNA supplementation and miRNA inhibition. In miRNA supplementation, miRNAs can be delivered directly to promote the degradation of target mRNAs reducing the proteins produced. Alternatively, anti-miRNAs can be delivered to reduce the capacity of miRNAs to degrade the target mRNAs thus increasing the proteins produced. Many of the themes investigated for gene therapy, antisense delivery, and siRNA delivery will have applicability toward miRNA, but the single-stranded nature of miRNA and subcellular localization may yield differences from these systems.

The significant remaining problem with miRNA therapy development is the selective and efficient delivery of the miRNA. We will focus our efforts on understanding the molecular interactions between RNA and nanotechnologies to efficiently protect the RNA in the body while releasing the active molecules only in the presence of active disease. We will examine the fundamental molecular interactions of RNA and proteins and mimic these interactions to design systems that allow the goals of protection and release.

Our immediate goals are to:

1) use biophysical analysis to understand the interactions between RNA strands (single and double stranded) and protein-based carriers,

2) use this information from 1 to improve the design and confirm the activity of the miRNAs when delivered in a model of vascularization (Chicken Eggs), and

3) confirm the activity and local accumulation of miRNAs in mouse models of cancer.

This project was submitted to a national funding agency and deemed to be in the upper 12% of research, but this was not good enough for funding the project. We will use the funding from this project to obtain the data that should allow us to obtain the significant funding needed to do proof of concept and preclinical testing of our delivery system.

Our goals of the project are to gain proof-of-concept that our materials science and engineering approach to delivery of miRNA will eradicate cancer. We have successfully completed non-animal tests, but this is only the first of many steps. Simply put, we are asking for funds to do the necessary animal tests that will show that the materials we’ve created will enter cancer cells and stop their uncontrolled growth. Our experiments are also designed to let us better understand the interactions between the materials and miRNA so that we can better design drug delivery systems in the future.

The biochemicals (miRNA and proteins needed to test the activity) are relatively expensive. The major expense is the animal purchase and housing while the cancer grows (or hopefully doesn't grow!). The requested funds will cover the initial proof of concept.

The other cost, not factored in, is personnel to do the experiments and analyze the data. We are lucky that the students working with me have been successful to data and have received fellowships to work on this project. 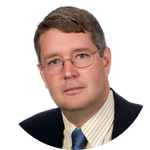 Professor Gemeinhart earned his Bachelor of Science in Engineering from Purdue University from theDepartment of Interdisciplinary Engineering in May of 1994. His focus was on biotechnology and engineering (biochemical, genetic, and biomedical). He continued his academic career in the Department of Industrial and Physical Pharmacy at Purdue University. He joined the group of Kinam Park. After attaining his Ph.D., he joined W. Mark Saltzman in the School of Chemical Engineering at Cornell University. Dr. Gemeinhart was hired as an Assistant Professor Pharmaceutics and Bioengineering at The University of Illinois. He was promoted to Associate Professor of Pharmaceutics and Bioengineering and Assistant Head for Graduate Programs in August of 2007. 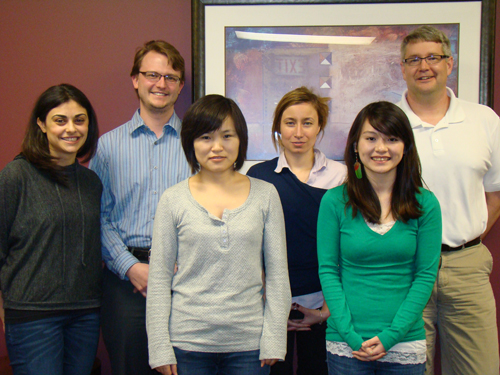 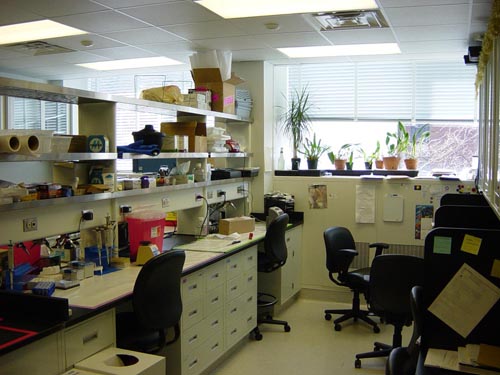 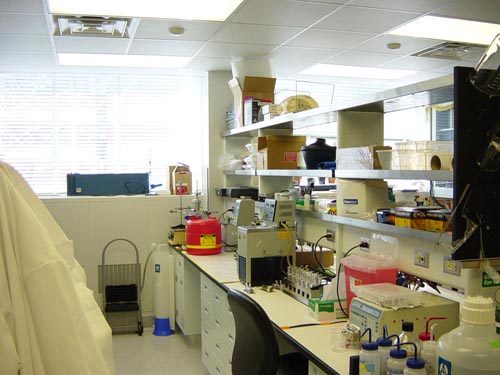 Figures from a recently published manuscript describing the production of miRNA.

Schematic representation of the biogenesis of miRNA. From genomic DNA, RNA is transcribed either as (1) an independent miRNA sequence or (2) an intron that is removed from mRNA. Following loop formation, the pri-miRNA is processed by DROSHA into pre-miRNA. The pre-miRNA is exported from the nucleus by Exportin5 before maturation by Dicer. Upon loading into the RISC complex, the miRNA duplex is unwound and the mature strand (red strand) retained within the miRISC complex. The passenger strand (green strand) is degraded. 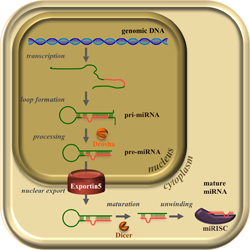 Mechanisms of natural miRNA-mRNA action. The roles of miRNA in protein production have been proposed to be through many routes. The majority of the actions inhibit protein production, but several modes of promotion of protein production have also been proposed. Binding of miRNA to DNA may promote transcription directly or through the recruitment of other factors. In addition, translation can be promoted by 5’UTR binding. Inhibitory action is likely through a combination of the mechanisms shown which include (1) direct mRNA degradation, (2) deadenylation, (3) initiation repression, (4) ribosomal stalling, (5) ribosomal drop-off, (6) co-translational degradation, and (7) translation repression following DNA binding.

Therapeutic Strategies for miRNA activity. Delivered DNA or RNA (green) can act to augment, mimic miRNA activity, or prevent activity of miRNA. MicroRNA can be produced by plasmid DNA (miRNA gene therapy) that is introduced into the cell, or by introducing agents to increase by translation promoters or cofactors, or delivered directly (in the forms of pri-, pre-, or mature with or without passenger), i.e. miRNA mimic. To prevent the activity of expressed miRNAs, masks that compete with the binding site on mRNA inhibit miRNA binding with mRNA. In addition, binding of miRNA with the RISC complex may be inhibited with a sponge or a single miRNA binding anti-miRNA. Finally, translation may be directly repressed at the DNA level.