On the island of Hispaniola, in the Dominican Republic, underwater caves hold the key to understanding the past. Animal bones have accumulated over thousands of years and remain preserved in the freshwater. This is an important discovery because the history of vertebrate paleontology here is largely unknown. My goal is to dive these caves and utilize underwater paleontology to document fossils, thereby revealing extinct and disappearing species.

The unique biogeography and species diversity found on tropical islands is what first inspired Darwin and Wallace to understand the evolutionary process. Yet despite centuries of research on archipelago ecosystems, the history of vertebrate paleobiology on many of these islands is lacking because the potential for classic paleontology study is limited in wet, tropical environments and fossil-trapping rocks are rare. In the Dominican Republic, a network of flooded caves provides a unique snapshot of the past, because a variety of fossil and sub-fossil animal bones have accumulated over time and are preserved in the fresh water. Divers from the Museo del Hombre Dominicano have recently unearthed a wealth of fossils from these caves, including extinct crocodiles, bats, and primates.

Currently, the fossil and sub-fossil record of the Caribbean is poorly understood. Revealing past species on Hispaniola is basic to understanding which taxa went extinct, when, how, and perhaps why. This is relevant to biologists and conservationists alike because the timing and process behind extinction, especially on islands, is a major issue worldwide. Furthermore, underwater paleontology is a new field and there are surprisingly few examples of underwater material being collected systematically, despite it's enormous potential. I expect that, by illuminating lost wildlife of the Caribbean buried underwater, this project will inspire us to consider underwater paleontology as a new method for studying the past.

My goal is to uncover previously unexplored fossils by scuba diving into these underwater caves and documenting my findings. I will explore caves that are known, but are yet to be properly documented. In addition, I will find and map new caves in areas of the Dominican Republic where paleontologists suspect there will be more sites containing fossils.

I will conduct underwater surveys and document findings using underwater photography and videography. I will use digital underwater images (photography and video) to capture findings and share them with the world. This material will shed light on the past biodiversity and heritage of species inhabiting the Dominican Republic, and uncover previously unknown extinct species.

Thanks to recent exploration by divers, we know where fossils lay underwater in the Dominican Republic just waiting to be seen! I will use these funds to travel to the Dominican Republic in order to document known caves and uncover new material. The funds will cover flights, housing, and necessary diving gear. 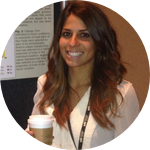 Growing up near Boston I always loved science and the water! But after studying Physical Anthropology and Biology at the University of Chicago and pursing the evolution of land mammals (specifically primates), it seemed as if these passions may never meet. Luckily, as a PhD student at the CUNY Graduate Center I discovered that freshwater flooded caves can provide a unique opportunity to study the evolution of primates and other land species that are otherwise absent from the fossil record. Due to my interest in using underwater paleontology as a means of studying evolution, I spent three weeks this winter training with a cave diving team in the Dominican Republic affiliated with the Museo del Hombre Dominicano.

When I'm not diving for fossils or busy with research, I play on a semi-professional women's tackle football team.

This project has been featured in:
http://video.nationalgeographic.com/video/news/dom... 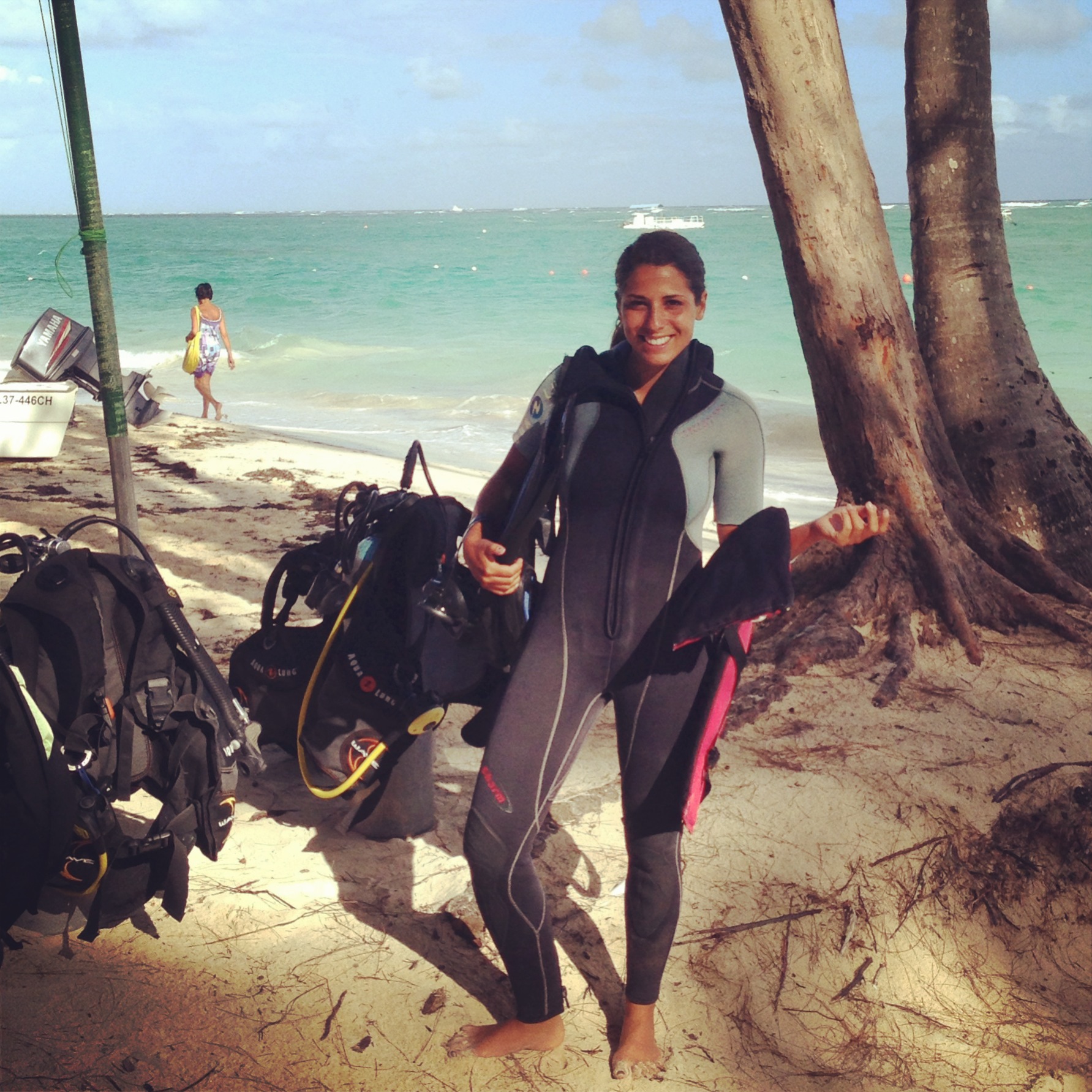 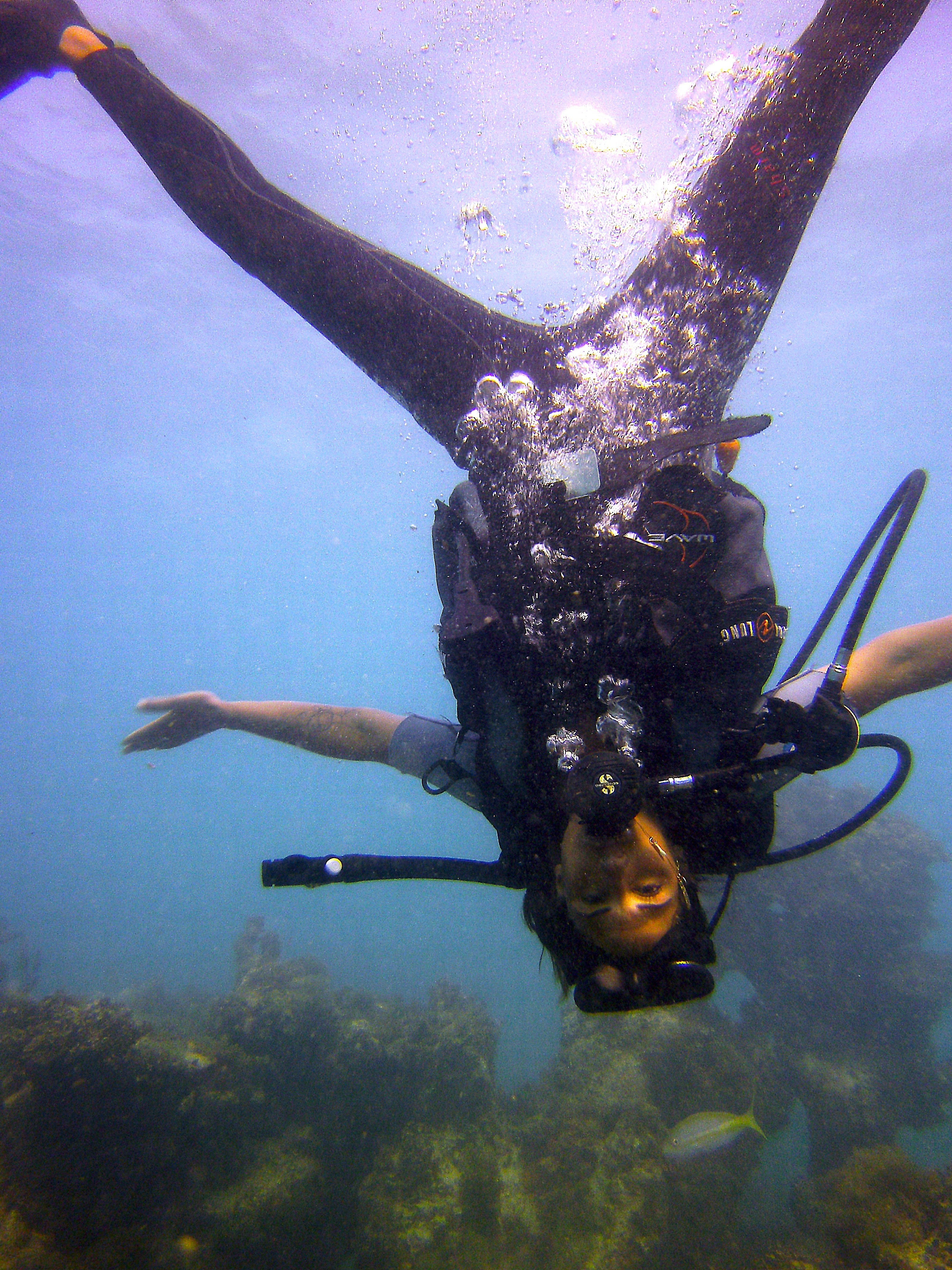