Modern ecological studies of insect herbivory suggest two patterns and hypotheses that explain observed latitudinal gradients of herbivores. (An insect-herbivore latitudinal gradient is a significant change in consumption level or number of inflicted damage types that insects leave along a global north-south transect.) The first pattern is that herbivore pressure is highest at low (equatorial) latitudes, declining toward higher (temperate) latitudes [1], attributable to more intense biotic interactions in the tropics such as specialized feeding.The opposite trend also has been observed, with greatest insect herbivory found at temperate latitudes [2], hypothesized as increased predator pressure on tropical insects [3], albeit the pattern is messy [4]. [see Lab Notes]

Significant progress has been made in assessing fossil plant-insect interactions, such as herbivory, pollination and mimicry (Labandeira Lab home page, http://paleobiology.si.edu/sta... ). The latitudinal gradients of fossil insect herbivores have never been explored! For the proposed project during the Late Campanian world of Laramidia, the major theoretical question is how would herbivorous insects respond in a world where there are no polar ice caps, tropical-aspect cycads occurring within ten degrees of the north paleopole with six-month intervals of darkness and light, and an imperceptible equator-to-pole thermal gradient? This question will be addressed by obtaining insect-damaged leaves form three well-placed localities using well-established techniques [4,5, below]. .

This project has three parts. First a substudy compares efficacy of sampling strategies of counting leaves at least 50 % complete vs. collecting all leaf fragments greater than 0.5 square cm?

Third is establishment of latitudinal insect herbivore gradients among sites and testing of alternative hypotheses that explain the data. Products include fossil collections, datasets and articles

The above itemized expenses support travel for the four researchers of Labandeira, Maccracken, Donovan and Lin ($700 x 4) to Monterrey, Mexico, near the field locality of Rincon Colorado, north of Saltillo in Coahuila, Mexico. Rincon Colorado is Late Cretaceous (75 million-year-old), and the southernmost (third) deposit of the paleocontinent Laramidia that is essential for our determination of a north-to-south insect-herbivore gradient. Our earlier collection of plant specimens from this site of the Cerro del Pueblo Formation in March of 2016 necessitated additional fieldwork partly funded by this request (international travel, field equipment, lab work) and partly funded by NMNH Paleobiology Department matching funds (meals/incidentals, lodging, rental vehicle, fuel, shipping). Lab work, the processing of plant fossils, will be done at the Benemérita Escuela Normal de Coahuila, in Saltillo, and the Labandeira Lab at the NMNH.

Gussie is a doctoral student in our Department of Entomology. As a member of her dissertation committee, I've learned that the interior of North America once was a vast shallow sea spanning thousands of miles in latitude. By unearthing fossils deposited in soft sediments some 70 to 80 million years ago, Gussie’s research will yield irreplaceable insights about the origin of global biodiversity patterns that peak in the tropics in the present day. We cannot understand where we are without knowing from where we are from, and few scientists can in 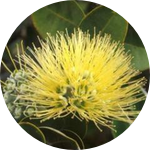 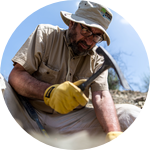 The Labandeira Lab is an interdisciplinary research group dedicated to the study of plant-insect interactions in the modern and especially the fossil records. The Lab consists of undergraduate and graduate students, summer research interns, research collaborators that are involved in insect herbivory, pollination and mimicry. The current project principally includes the Gussie Maccracken, a doctoral student at the University of Maryland who is examining Laramidian insect paleoecology.

I was born in Hanford, California, in the center of the agricultural, very flat Central Valley of California. My consisted of three phases. First was the early formative years of working on the ranch and farm. Second was the drywall years which provided me a source of income up until my current job. And third was my career as a paleobiologist.

My dad inherited about 30 acres of land, including pasture, a meandering slough, and a dairy of about 25 Holstein cattle. He sold the dairy and purchased 25 whiteface cattle, which required sturdy fences. After several years, my father sold the whiteface cattle and started growing crops. The crops were cotton, corn (maize), alfalfa for hay, and barley. In those days, dad did not have the John Deere tractors with the cotton spindle attachments, and so the cotton was picked by hand. We were paid piecework, by the pound, and I distinctly recall pulling the cotton sack and learning to be adept at rapidly pulling the white, fluffy cotton from the bolls and avoiding the dirty cotton from the ground.

The most enjoyable activity was laying on the cotton sack at the end of the row, when no one was looking, and witnessing the local insect fauna on the cotton plants. Most memorable were the interactions between the translucent green aphids that were piercing the cotton stems and the much larger, red-and-black ladybird larvae that would attack and consume them as they were held in mid-air. At the time, I also noted in the distance the Coast Ranges to the west and the majestic Sierra Nevada to the east, wondering what types of fossils and geologic mysteries those mountain ranges had in store. It was at that point that I decided that I wanted to become a paleobiologist who could enjoy the joys of fossil plants and insects and at least attempt to understand how all of what I was seeing, such as the microcosmic biota of the cotton plant, came about.

The Cerro del Pueblo Formation is a Campanian deposit in the Parras Basin of western and south-central Coahuila, Mexico. It represents an alternating costal floodplain and various shallow marginal marine depositional environments with interbedded freshwater, marine, and brackish water facies. Although the Cerro del Pueblo Formation is not as extensively studied as other Campanian localities in North America, paleontologists have recovered pollen, flowers, fruits, seeds, and leaves, along with mollusks, crustaceans, and vertebrates. As one of the most southerly and productive Campanian formations of Laramidia, the Cerro del Pueblo is crucial to studying biogeography of Laramidian plants and insects

The Cerro del Pueblo Formation lies at the base of the Difunta Group and is bounded by the older Parras Shale. The principal reference section for the Cerro del Pueblo was recently redefined by Eberth and colleagues to include upper and lower contacts, a nearly continuous record of the section, including the grey-green and red interbedded zone, and thick exposures of the remaining Difunta Group above the Parras Shale below. Eberth et al. also has detailed the Cerro del Pueblo Formation at Rincón Colorado, a locality that has exceptionally preserved leaf fossils, including palms, dicots and conifers. At Rincón Colorado, the formation is 449 m thick and exhibits fossiliferous massive grey mudstones, grey-green mudstones, siltstones, and sandstones from both marine and terrestrial facies. 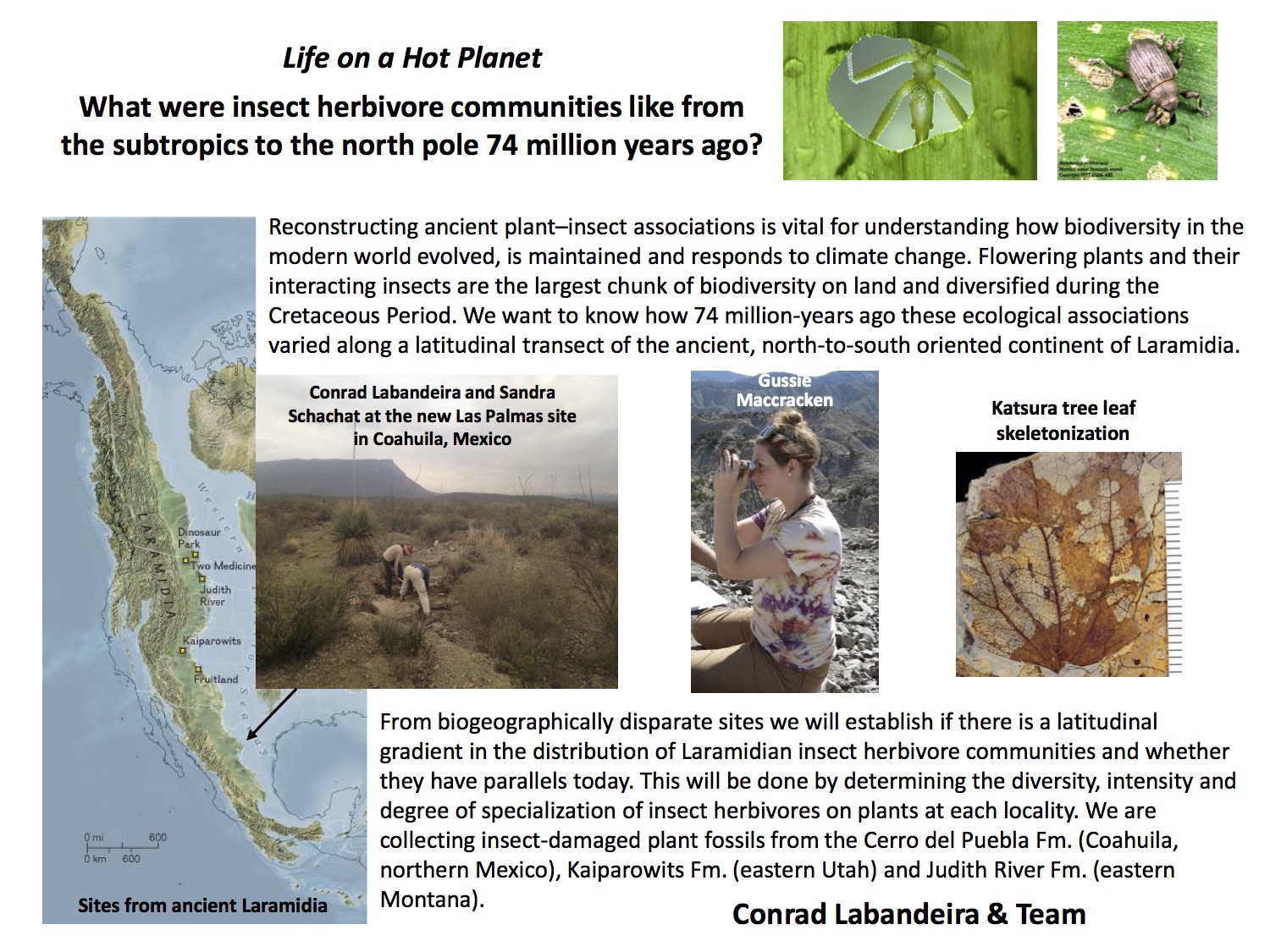