The aim of the current project is to investigate the consequences of developmental exposure to antidepressants on the oxytocinergic system. Current research indicates that boys exposed to antidepressants during early development are three times more likely to develop an Autism Spectrum Disorder. Since oxytocin is involved in the regulation of many social behaviors including parenting, social bonding, and "falling in love" we posit an altered oxytocin system may underlie Autism Spectrum Disorder.

Today approximately 13.4 percent of pregnant and lactating mothers use antidepressants. This is a stark increase from 5.7% in 1999. Accordingly, there is mounting concern regarding the safety of antidepressants for developing offspring since these drugs are present in breast milk. Currently, scientists know little about the effects of antidepressant exposure on offspring. However, potential ramifications include respiratory and cardiac defects as well as autism spectrum disorder.

The very real and complex decision that depressed mothers face is whether they should begin, resume or suspend antidepressant treatment during gestation and lactation. A mother may favor taking medication so that they can provide adequate care for themselves and their offspring. However, this treatment comes at the potential cost of negatively influencing their child's neurodevelopment. Our work could help inform that decision.

By providing a link between early life antidepressant exposure and the oxytocin system in offspring; practicing physicians, mothers and particularly unborn children will benefit from this research. Mothers and physicians could incorporate this study in their decision–making when determining the optimal treatment regime for depression.

The primary aim of the current project is to elucidate the link between early antidepressant exposure and later oxytocin deficits, by utilizing a mouse species that engages in many social behaviors comparable to humans. To understand why antidepressants exposure may have such a significant consequence on the development of autism, we will test for differences in neural oxytocin levels in offspring of antidepressant treated and control mothers.

The ultimate goal of this research is to provide necessary clarification about the safety and/or consequences of maternal antidepressant use for developing offspring.This research has the potential to influence how we treat depressed mothers and provide insight in the neurobiological underpinnings of autism.

If we exceed our goal, the much needed additional funds will be used to obtain supplies for the analysis of oxytocin within the brain and to procure updated equipment for our surgery suite, such as an autoclave (sterilization of surgical instruments) and a new anesthesia machine.

Mentoring Jayson through the design of this project has been a distinct pleasure. This project has the potential to add to a growing body of literature on the consequences of maternal antidepressant use on offspring neurodevelopment and may provide new insights into the complex neurobiological underpinnings of Autism Spectrum Disorder.

Dr. Elizabeth Becker
Assistant Professor at Saint Joseph's University
Dr. Becker's research is imminently topical and of vital importance in a day and age where the prescribing of antidepressants to pregnant women is ubiquitous. Dr. Becker and her staff are trying to determine whether or not such practices increase the risk of neurodevelopmental disorders such as autism in the developing fetus, a question begging an answer the importance of which cannot be overstated. 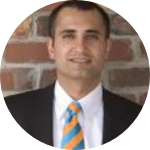 Dr. Mohamed R. Dattu, MD
Psychiatric Physician
I am really excited about this project and the commitment to autism at SJU. It is amazing to see our talented students tackle complex questions about autism and its causes and I look forward to the conclusions they determine from this project. Autism is the fastest growing developmental disability and it is critical to find answers. 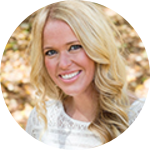 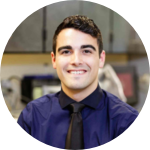 I am a graduate student at Saint Joseph's University, working on my graduate thesis with my undergraduate research team. Working under the topic of drug safety and child development has been a transformative experience that I firmly believe has shaped my future research interests. After my progression through this program at Saint Joseph's, it is my ambition to move forward in pursuing an MD/PhD degree in neurology/neuroscience.

I started in the Becker Lab as a sophomore. As an undergraduate I was always intrigued by research, particularly topics regarding public health concerns. This intrigue has led me to grow a deep respect and interest in depression and offspring development. By melding these two interests, I have come about a research project that I am immensely proud of and passionate about.

My outside interests include my work at an Emergency Department in Philadelphia as a medical scribe. Through this work I have gained a true appreciation of the situation many inner city individuals face on a day to day basis.

The colleagues I work with in the Becker Lab are what truly makes this project possible, therefore I would like to give an honorable mention to the members of my undergraduate team, Jamie Palmer, Kieran Slattery, and Alyssa Buggy who have truly been invaluable to this enterprise.

Please reference the below link for my profile page on our lab's website, and feel free to explore.

Please access the Links below to hear about work in the Becker Lab that has been featured in the media!

The Becker Lab in Intellect Magazine