An influential economic hypothesis links men’s higher compensations to a willingness to compete higher than for women. We propose to run a series of behavioral experiments to test whether sexual orientation exerts a distinct role from sex and gender on the development of economic preferences, possibly contributing to explanation of the gay-penalty and the lesbian-premium in labor markets.

Economic preferences such as competitiveness, risk aversion and prosociality have been found to have profound influences on individuals’ economic outcomes and place in society. Economists trying to explain the gender-pay gap where women earn $0.77 per $1 earned by men have advanced the hypothesis that women are less competitively inclined than men, hence attributing such gap to individual choices: individuals less willing to compete may self-select in lower paid but less risky activities. We intend to disentangle sexual orientation from sex as contributing factors to the development of economic preferences, possibly contributing to the explanation of the gay penalty and the lesbian premium in labor markets.

Currently, with few exceptions, the economic analysis has focused almost exclusively on heterosexual men and women, maintaining silence on a significant segment of the population that doesn’t identify with the heterosexual connotation. In our work, we intend to expand the study of individual preferences to expressly include in the economic analysis factors important to homosexual men and women. Extending the analysis to lesbian, gay and bisexual has not been always welcomed by the same communities and sometimes criticized as insensitive and biased. We believe that a better course of action would not be topic avoidance, but rather a push for more and better studies on such issues as the lack of literature may actually reinforce damaging stereotypes and doesn’t help closing the gaps.

We have two goals. Our first goal is to include in economic analysis categories traditionally excluded and help bring to the surface important differences, if such differences exist. Our second goal is to contribute to the literature on the wage-gap by documenting the existence or lack of systematic differences in preferences that could explain the lesbian premium and the gay penalty.

Each subject will receive a $5 show-up fee plus an average of $20 for a randomly chosen round of the experiment.

We apply for Experiment.com to fund experimental costs for 160 subjects, while the remaining 320 will be covered by a University grant.

This is a promising and innovative project, conducted by my colleague, prominent experimentalist Alessandra Cassar, and one of our top graduate students Ryan McWay. Professor Cassar is a leader in exploring gendered differences in economic behavior--examining the role of sexual orientation is a natural next step. 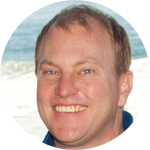 Contingent on funding, we plan to start our experimental sessions (20 participants in each) on a rolling basis starting in March 2020 through some initial internal funding. We hope to have accomplished our funding goal completely by April 2020. By November of 2020, we hope to have a completed study with a size sufficient to confidently make statistical inferences on our results. We hope to have a working paper ready to circulate before the end of the year 2020.

First draft of the results 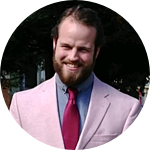 I am a graduate student at the University of San Francisco pursuing a career in economics. My fields of focus are in applied microeconomics, development economics, experimental economics and spatial economics.

Two related pilot studies have already been conducted by the researchers as part of a graduate experimental economics course at the University of San Francisco. They provided useful insight for our current research. The first pilot looked at gender differences in competition and altruism between men and women without focusing on sexual orientation. While not directly examining LGB individuals, this pilot study was insightful in showing which socioeconomic factors would predict competitive outcomes. For example, whether a research participant had gone to a coed or unisex high school exerted an important influence on behavior: those who had gone to coed schools were 36.4% less likely to choose a competitive environment, especially significant for women. This helps motivate that past conditioning from societal pressures can strongly predict/form an individual's preference for competitive behavior.

The second pilot examined differences in risk preferences and generosity based on sexual orientation. Combining Lesbian, Gay, Bisexual, Transgender and Queer (LGBTQ) into a single binary variable, through the use of a random effects model, we found that LGBTQ participants choose a less risky lottery (0.506 less out of six) than their heterosexual counterpart. At the same time, those who identified as LGBTQ were 0.672 (out of four) points more generous than their heterosexual peers. This pilot provided the motivation for this study and our intention to focus specifically on LGB individuals.

Expanding on these two pilots, our team wishes to synthesize our two pilots into one study and take things even further to be able to capture a comprehensive perspective on economic decision making for LGB individuals.