Scientists estimate there are nearly 100,000 undiscovered plant species, mostly in the Latin American tropics. Discovering these species is critical to their conservation. The palo santo tree is currently considered a single species across its wide range (Mexico to Peru). I and other botanists have observed morphological differences that indicate palo santo may comprise multiple species, some of which may be endangered due to deforestation. I will examine morphological and genetic differences from samples I have collected to test this hypothesis. Not only are there potentially undiscovered species, but the genetic diversity in populations of palo santo has never been quantified. This information will help guide reforestation efforts using palo santo.

Latin American seasonally dry tropical forest is considered to be the most endangered tropical ecosystem, with less than 10% remaining. The palo santo tree, endemic to this forest type, has demonstrated utility for ecosystem restoration. Palo santo's aromatic oils and wood are used in traditional medicine and burned as incense and mosquito repellant. International demand for palo santo has exploded for its use as a spiritual cleansing tool. As a consequence, forest restoration projects using palo santo are becoming more common to combat overharvesting and protect local livelihoods threatened by habitat loss. My study will supply crucial genetic information to help foresters propagate and replant genetically diverse trees that are resilient to environmental change.

The funds will be used to purchase materials I need to perform ddRAD-Seq. Specifically, I will extract DNA from different palo santo individuals and perform ddRAD-Seq to generate a genetic dataset that I will use to determine genetic groups of palo santo. I will compare the genetic dataset I obtain from ddRAD-Seq to the morphological measurements I am currently working on to determine if there are multiple species of palo santo. I will also translate genetic diversity levels into recommendations for foresters so that the genetic diversity of planted trees matches that of natural trees. I have already collected specimens from Mexico and Peru, with upcoming trips to Colombia and Ecuador. I expect to finish the genetic work once I receive specimens from my February trip to Ecuador.

For my project, I will sequence DNA extracted from leaves from 192 palo santo trees, which will allow me to define distinct species and compare the genetic diversity of several major areas. I have obtained the funds needed for field work (funders: National Geographic, Explorer's Club) and DNA extractions (funder: ASPT). I will use a technique called ddRAD-Seq that will subsample palo santo's genome to discover single nucleotide polymorphisms (SNPs) that I will use in my genetic analyses. To perform ddRAD-Seq, I require reagents and materials that amount to $4,000. These include enzymes to cut DNA, adaptors with attachment sites for enzymes and for the sequencing machine, and unique DNA barcodes that identify the specimen a DNA sequence came from. The budget items listed here will cover the cost of ddRAD-Seq. If I meet my first goal, I will seek an additional $2000 to sequence the ddRAD-Seq products on an Illumina MiSeq to obtain raw data for genetic analyses.

Betsy is my Ph.D. student at George Mason University. Her project is a timely and innovative response to the ongoing extinction crisis. She will simultaneously discover species in Neotropical dry tropical forests and create practical methods for restoring these endangered habitats in a sustainable way. Her work on the palo santo tree is a model for advancing systematic botany and applying conservation genetic data to forest restoration projects, in partnership with people who harvest palo santo for their livelihoods. 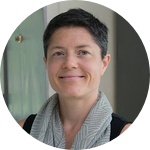 Andrea Weeks
Professor
George Mason University
I have collaborated with Betsy since we were lab mates at George Mason University. Betsy is a motivated and talented researcher who has outlined an excellent research program to study this important, yet poorly understood species. Her success with collecting and fundraising her work so far is a testament to her abilities. Over the years I've been impressed with how well Betsy navigates the challenges of this work and finds creative solutions to achieve her goals. Help her get this research across the finish line by supporting this project! 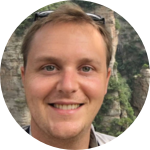 I expect the project to last about nine months, from funding to manuscript submission. I have experience with the necessary laboratory, computational, and analytical techniques required to obtain and analyze genetic data. I have already collected specimens from Mexico and Peru and have planned collection trips to Colombia in November and Ecuador in February. Once I receive all samples I will extract DNA from the leaves I have collected and complete ddRAD-Seq laboratory work.

Update this webpage with my results

Submit publication to a peer-reviewed journal 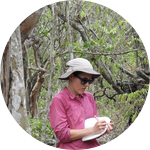 I am currently a PhD candidate at George Mason University where my research focuses on the evolution and conservation of the palo santo tree (Bursera graveolens) and of its critically endangered habitat, the seasonally dry tropical forest of Latin America. I hold a BS in Botany and an MS in Environmental Engineering Sciences from the University of Florida. Ever since I can remember, I've been fascinated by the natural world, especially by the diversity of plant species. My goal is to use my scientific work to advance conservation of plant species, especially in the tropical dry forests of Latin America.