Gabon is one of only two countries in the Central African sub-region that has not experienced severe conflict since independence. However, the recurrence of electoral violence in Gabon in the last two Presidential Elections of 2009 and 2016 raises concerns as to the prospects for peace in this once apparently peaceful country in Central Africa. The purpose of this study is to determine the causes of electoral violence in Gabon and explore avenues for sustainable peace in that country.

Electoral violence in Gabon depicts a situation where elections are not playing their peacebuilding role in Gabon and instead tend to be a source of conflict. Its recurrence in two successive elections suggests that there is a deficiency of mechanisms to ensure peaceful elections. The background to this problem and the prevailing conditions suggest that in spite of the apparent peace, the possibility of future electoral disputes that spell challenges for sustainable peace for Gabon looms. Despite this situation, little is known in a comprehensive way from the last two electoral disputes on the causes of electoral violence in Gabon and what the possible avenues for peace are.

The recurrence of electoral violence in Gabon suggests not only the existence of a long hidden socio-political fracture but a deepening one. The elections themselves seem to be part and parcel of the problem instead of playing its peacebuilding role in Gabonese democracy. Examining the causes of electoral violence and exploring prospects of peace in the case Gabon is particularly relevant to inform academia and policy makers on avenues for sustainable peace in Gabon. As such, this study is important as it seeks to ensure that future elections in Gabon return to playing their primary role of peaceful political contest. It will therefore benefit the government, political parties, legal practitioners, jurists and political scientists, the electorate and the general public.

This study seeks to examine the causes and enabling conditions of electoral violence in Gabon and explore avenues for peaceful elections in Gabon. The study will examine the opinions of major stakeholders and experts on the questions addressed. This broad objective can be best met by examining specifically how election dispute management has been handled so far in Gabon, and what can be done for election disputes to be better prevented in Gabon.

These budget items will enable me to examine the opinions and perceptions on election violence in Gabon by experts, leaders of civil society, political parties and election management bodies in Gabon. The methodology also includes the use of library research through systematic review of the best primary and secondary sources.

I am very happy to volunteer this endorsement for Ngah Gabriel's project. Mr. Gabriel’s work on Democracy Chronicles has shown he can hold his own next to professional writers from across the globe and still shine. He has demonstrated an exceptional ability to write about complex subjects like electoral violence in Gabon and should produce a really original and insightful product. Much recommended! 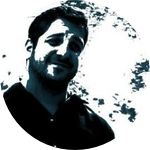 This project will be carried as follows: 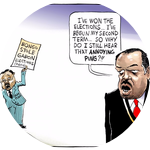 I obtained a B.Sc in Economics and Management from the University of Yaounde II-Soa, Cameroon, in 2012. Then, from 2013 to 2015, I studied and obtained an MA Political Science and International Relations from the same university in which I specialized in the Dynamics, Management and Security of Cross-Border Areas (DGSET). I joined Good Governance Counsel (GGC) from January 2013 to April 2017 as a research assistant. I am currently a research consultant for GGC and I am also a political writer for Democracy Chronicles.

At GGC, where I worked under the supervision of Dr. James Kewir, I was involved in research on conflict prevention, regional integration, cross-border trade and public service management. My role was data collection and analysis. The highlight of my passage at GGC was the presentation of a conference paper on the “Causes of Electoral Conflicts in Africa”, presented before an international audience of experts at the University of Buea, Cameroon. This paper spurred in me the desire to focus my attention on the paradox of elections as a mode of democratic transition and conflict in Africa. My research in this area has led me to take interest in understanding factors influencing non-compliance with elections which appear to be central to the study of conflicts in Central Africa. I am currently a Doctoral Degree student in the field of politics. My research is on "Violence as Politics by Other Means in the Central African Republic, 1991-2017".