Research on Body Worn Cameras (BWCs) reveals two important gaps: (1) It is unclear how and when officers should activate BWCs in order to maximize benefits; (2) officers’ discretion in activation can obfuscate the causal mechanisms between BWCs and ‘cooled’ police-civilian interactions. This experiment addresses these ambiguities by “switching roles”: instead of equipping police officers with BWCs, we take a fundamentally different approach by equipping civilians with BWCs.

As the prevalence of Body Worn Cameras (BWCs) rises among some police departments, the need for further examination of the effects of BWCs on police-civilian interactions emerges. BWCs reduce the use of police force by up to 50% and complaints against the police by up to 100%, which suggests that BWCs have a civilizing effect on police-public relations (Ariel et al 2015; Ariel et al., 2016).

The results, however, are not consistent. We believe this has to do with police discretion. The decision to turn on these devices is given to the officer. Yet there have already been cases where officers decided not record the interaction altogether, despite having BWCs. In order to avoid these situations, why not give this power of recording to the citizen?

This study makes a necessary advance in increasing the knowledge-base of BWCs and police-civilian interactions, but more importantly can indicate the extent to which civil liberties are secured through the use of technology. A better understanding of whom BWCs affects within a police-civilian encounter will have substantial implications in terms of deterrence as well as self-awareness theories, thus advancing not only practice, but paradigms in the social sciences.

We will empirically test this approach by measuring the effect of video-recording police and civilian encounters on incidents of police use-of-force and civilian compliance. We will randomly assign volunteering 17-30 year old inner city males – who are more likely to confront police – to treatment and control conditions. The experimental group will be provided BWCs that will record their interactions with police officers, while the control group will not be equipped with these devices. A cloud-based storage will serve as our data source, in order to record arrests, complaints, use of force and overall officers’ demeanor.

The budget will be comprised of purchasing 50 cameras, a license for the background data storage of $15 USD per user per month, for a six month experiment.

For every dollar funded for this experiment, we will match that amount with external funding to maintain logistical consistency and effectiveness.

Barak Ariel conducted the first experiment on police wearing cameras and several subsequent studies. There is literally no person in the world better qualified to carry out this study, which will no doubt have an important impact on making sure police use their cameras properly in the service of justice. This is vital research in light of all the violence and distrust around police-citizen interactions. 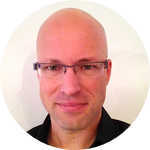 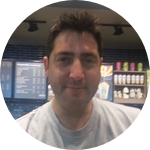 We are a team of researchers at the Jerry Lee Centre of Experimental Criminology. We focus on body worn cameras and the use of technology more broadly in policing.

Institute of Criminology, University of Cambridge