"The diversity of plants and other organisms is amazing, beautiful, and essential to a healthy planet. Take some time everyday to appreciate what 3.5 billion years of evolution has created."--John Chau

The goal of this specific part of the project for which I am requesting funding is to go to Costa Rica to find and collect the six species of Buddleja that occur there. Central America, of which Costa Rica is part, is one of the centers of diversity for this genus, and it is important to include the species found there in my study. From each species found, I will collect tissue for use in molecular work, record data on flower and inflorescence morphology, and make pressed herbarium specimens that will serve as a permanent record of the plants used in this study.

Currently, the evolutionary relationships within Buddleja and closely related groups are ambiguous or unknown, so this study will contribute much to the systematics of the group. In addition, this project will enable me to test hypotheses about plant speciation, biogeography, and the evolution of breeding systems and other floral traits. This is a good project to let people learn more about evolution and biodiversity. The project will expose people to the many species and diversity of forms found in a single genus of plants. In addition, they will learn how scientists can study evolution based on shared ancestry at the molecular level. Also, I hope the project will show people the important role herbariums and other collections at museums and natural history institutions play in preserving and sharing information about biodiversity.

I will use published monographs and floras and herbarium databases to examine where the six species of Buddleja have been found and collected in Costa Rica in the past, and then, I will decide on specific localities to target on my trip in order to maximize the potential of finding all six species. I will also attempt to establish collaborations with Costa Rican botanists in order to facilitate this work. In July 2012, I will spend one week in Costa Rica to accomplish this part of the project. 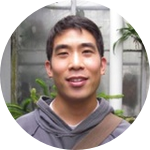 "The diversity of plants and other organisms is amazing, beautiful, and essential to a healthy planet. Take some time everyday to appreciate what 3.5 billion years of evolution has created."--John Chau
View Profile 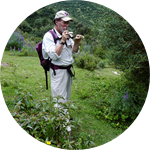 I am a graduate student at the University of Washington studying plant systematics.

I am a graduate student at the University of Washington studying plant systematics.

I am a Professor of Biology at the UW, and Curator of the Herbarium, Burke Museum.

Thanks for your support!