We aim to isolate specific information-processing deficits that contribute to amotivation in schizophrenia patients, specifically with regard to valuation within a risk-reward paradigm. Such knowledge could be used to design therapeutic programs that utilize incentives in order to help patients take scheduled medications or adhere to rehabilitation procedures, thus improving the efficacy of treatment.

Amotivation has long been regarded as a negative symptom of schizophrenia

, however the extent to which amotivation might contribute to social and behavioral impairment has been considerably marginalized in both literature and therapy. Increasing evidence suggests that amotivation in many schizophrenia patients is highly correlated with the severity of other negative symptoms such as inattention, poverty of speech, anhedonia and apathy.

The Effort Discounting Task (EDT) uses behavioral economic principles in order to quantify motivation. Participants of this study will make decision on the EDT about how much effort they would like to exert in order to earn varying amounts of money. The EDT has been established in prior studies in the Neuroimaging Center at the University of Pennsylvania.

The end product of this research will be a series of recommendations for the design of a therapeutic program that utilizes incentives in order to help schizophrenia patients take scheduled medications or adhere to rehabilitation procedures, thus improving the efficacy of treatment.

$80 will be needed to purchase "Presentation," an application on which the Effort Discounting Task will be programmed. "Presentation" has been used in other neuroscience studies involving behavioral economics. 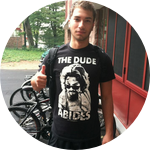