The Iberian Peninsula is rich in Pleistocene fossils, but there is a fossil hiatus at the Lower Iberian Plateau. Instead of a real bias, it is possible that the eminently agricultural use of this land (e.g. Castilla provinces) has erased potential outdoor deposits. In this context, we aim to excavate for the first time the Cueva del Toril (Ciudad Real, Lower Plateau), which present fossil remains that could help fill this knowledge gap.

The El Toril cave (Castilla-La Mancha) is located in a karst system of limestone bedrock from Mesozoic origin. The main mouth of the cave is located on an elevation of the land, in the left margin of a seasonal stream flows. Due to this unique location, the visibility of the entrance to the cave would be an ideal point to be able to control the terrain, as well as potential prey, by the humans that could reside there.

After the formation of the cavity, it was filled by Quaternary sediments, including fossil remains. However, to the date, no archaeological or paleontological excavation work has been carried out in the cave, so this work is key to studying the potential of the cave and expanding the scarce information that is known about it.

It is important to point out that in the Lower Iberian Plateau, the evidences of Pleistocene evolution only deal with lithic tools coming from open-air sites with a relatively unclearclear context. In this context, this project aim to study the Cueva del Toril site, which (to our knowledge) would be the first site in the region that a Pleistocene fossil site will be conscientiously documented and excavated in a karstic environment of this region. Therefore, it would have a great impact at both local, peninsular levels and even international level, for the science of paleontology, archaeology and, depending on the findings, in human evolution.

The nature and characteristics of the fossil remains found suggest that the deposit could have a relatively old age (Pleistocene) and a great archaeopaleontological potential. Therefore, the objective is to perform an initial intervention in order to know and order its stratigraphy, date for the site, as well as estimating the archaeological and paleontological potential. The fieldwork campaign will have a duration of 7 days and will be carried out during the summer of 2019. After the fieldwork, we plan to study both the macro- and micro-mammals in order to achieve a potential datation of the sediments using biochronology, combined with direct dating of both bones and sediments using C14 and U-Th series. The first results will be published by the end of 2019.

In order to do a successful fieldwork campaign, all the items included are crucial since they comprise: funding for 7 people to go to the cave for a week and do all the archaeological, paleontological and geological duties in order to get the information necessary, the excavation material necessary to do the fieldwork (helmets, picks and shovels, etc.), the funding for vehicle rental to move the material and people to excavate the cave every day, the funding for analyzing the fossil material extracted that is crucial to get a datation for them, and finally, the funding that will cover also the expenses of the platform experiment.com (see website politics).

To whom it may concern, I write this letter to support the project for excavation of the El Toril cave (Spain), which is led by Dr. Daniel Garcia-Martinez and his team, including an interdisciplinary group of paleo-biologists, geologists and archeologists, who will ensure the success of this project. I am sure that if the platform www.experiment.com can fund their project, they will succeed and delve into the evolution of the Pleistocene of the Iberian Peninsula. With kind regards 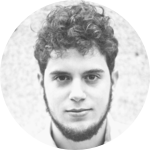 The fieldwork campagin (1 week) will begin in early August, and the analysis of the fossils and sediments will be done in September-October. We aim to present preliminary analysis by the end of the year and final analysis, at the beginning of the next year. The results will be published at both local/national level as well as international level, to get to a broader audience and contribute to the dissemination of the results arising from this project.

Travel to Castilla-La Mancha to begin with the excavation

Beginning of the analysis of fossils (taxonomy, datation) and sediments (stratigraphy, geochronology)

The first preliminary results will be shared with the backers 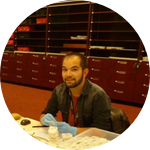 The excavation team includes a geologist (Dr. Aitziber Suárez Bilbao) and archaeologists (Dr. Pedro Moya Maleno and Mrs. Irene Megía García), from who I will learn and put in practice the knowledge necessary to do entire fieldwork campaign. In addition, we will incorporate MSc students to the campaign in order to also contribute to their formation in fieldwork in disciplines such as paleontology, archaeology and geology.

Even though I have done fieldwork during my dissertation (Abric Romaní, Ataperca, Quibas), it was not into the focus of my PhD and it was just something I did as a complement of my training. In this new step of my career, I would like to develop these skill in order to be able to lead my own excavation as Principal Investigator. In addition, even though during my dissertation I was the leader of small projects (such as those funded by American Museum of Natural History or Synthesys-Europe). I aim to lead a large project, which could be a long-term one, since the first campaing proposed here will led to several future campaigns that will be useful to deep into the knowledge of the evolution in Central Iberia (Castilla-La Mancha).