The White Skate, Rostroraja alba, is distributed in the eastern Atlantic from Ireland to southern Africa, including the Mediterranean Sea. This once common species was targeted by commercial fisheries through much of the 18th and early 19th centuries and and it is now categorised as Critically Endangered on the northeast Atlantic IUCN Red List. Tralee Bay in southwest Ireland is a known breeding ground for this species and non-invasive methods are needed to detect and monitor the species.

Very little is known about the critically endangered White skate, Rostroraja alba. Without knowledge of its biology or ecology it is difficult to conserve the remaining individuals of this species. A non-destructive survey method is needed to investigate if the species is still present in areas where it was previously abundant. Tralee Bay, in southwest Ireland, is a known breeding ground and viable egg cases have been caught here. One of these was successfully hatched in Galway Atlantaquarium on Valentines day, 2004. The female white skate, called Valentine, has been in the aquarium since and is the only white skate in captivity in the world. This offers a unique opportunity to develop non invasive genetic tools to detect white skate and to test them in the aquarium and in Tralee Bay.

White skate are very rarely caught by fisheries surveys and it is prohibited to land them from commercial fisheries. Therefore there is no way to gather data on their distribution or their abundance. Given how vulnerable the species is a potentially destructive survey method such as netting is not advised. By developing methods to sample them indirectly (eDNA from the water and DNA from their egg cases and slime swabs) we may be able to uncover if there is still a population in Tralee Bay and if there is a temporal or spatial pattern to their distribution and occurrence. This will enable more effective conservation and help prevent negative effects of man made impacts such as dredging in areas of high abundance or at times when egg cases are laid.

The main goals of the project are to develop an environmental (e) DNA test to detect white skate in Tralee bay without the need to physically catch them. The test will be validated in an aquarium setting by testing the tank water in Valentine's tank in Galway Atlantaquarium. We also aim to develop non-invasive methods to collect genetic samples from skates including from their egg cases and from the slime that coats their surface. This will enable non destructive sampling of skates caught by anglers and may also enable us to recover DNA from egg cases washed up on beaches. If this is possible we will be able to estimate the minimum population size of white skate in Tralee Bay. These methods are generic and may also be used on other endangered species in the Bay including, undulate rays.

This project will be funded exclusively through the funding raised here on Experiment. The eDNA assay will be developed based on genetic sequences of the COI 'Barcode of Life Gene' available on Genbank and will be validated by testing it on the aquarium tank which holds 'Valentine' the only captive white skate in the world. The non-invasive DNA sampling methods, including DNA extraction from egg cases and from skate slime, will also be developed in collaboration with Galway Atlantaquarium. For a number of years Valentine has been laying unfertilised egg cases and these will use to test the capabilities of the method. Once the methods have been validated sampling will be undertaken in Tralee Bay in areas where egg cases have been previously been found and areas which were historically known to have skates. Water samples will be collected from these areas and screened with the eDNA assay using qPCR techniques. Egg cases collected from Tralee Bay will also be tested from viable DNA.

This is an IUCN Red List Endangered ray and this project seeks to use a cool new method to find if they are using the last known locations. eDNA, white skate, what's not to like about this! 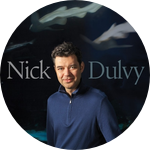 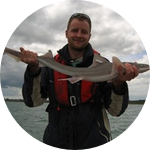 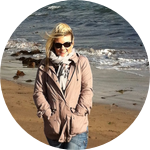 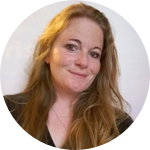 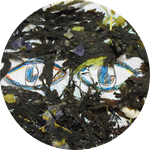 Our team contains both scientists and non-scientists who all dedicated to the conservation of white skates and other endangered elasmobranch species in Irish waters. For the past few years we have been trying to raise the public awareness of the diversity of elasmobranchs in Irish waters and in particular in Tralee Bay. This has been achieved through both scientific studies, through education programmes for school children and through wildlife documentaries on national television.

I am a fisheries scientist whose research focuses on the biology, ecology and evolution of marine fishes, particularly elasmobranchs and small pelagic species. These interests can be broadly divided into two complementary areas; Fisheries and Biodiversity & Conservation. I am particularly interested in environmental and anthropogenic effects on life-history characteristics, behaviour and population dynamics. My research utilises an extensive range of laboratory and field skills to investigate these topics, including anatomical, histological and genetic techniques and also conventional and electronic tagging. I am actively involved in elasmobranch research and conservation in my rolse as chairman of the Irish Elasmobranch Group and Regional vice-chair of the northeast Atlantic IUCN Shark Specialist Group.

After working for several years as a freelance underwater cameraman, Ken O’Sullivan set up Sea Fever Productions in 2006 with Katrina Costello to produce wildlife & creative documentaries. We produced our first feature documentary film, ‘Sea Fever’ in 2007 (www.seafever.ie) to great critical acclaim, winning the ‘Best Cameraman’ award at the Moscow Sports Film Festival in 2009. In 2011 we completed ‘Farraigí na hÉireann’ a six part Irish Ocean Wildlife Series, the first of its kind ever produced in Ireland, for Irish language broadcaster TG4. The series won the ‘Special Jury Remi Award’ at the Worldfest Houston Film Festival in Oceanography / Marine Biology. In 2014 we produced ‘Ireland’s Ocean’ a four part Irish wildlife series for RTÉ documenting dolphins, sharks, stingrays and the myriad of wonderful and colourful creatures in the temperate seas around Ireland. One of the first documentaries in Europe shot with the RED Epic 5K camera underwater the series was also designed, mixed and mastered in full 5.1 surround sound.

I am currently a graduate student at UCD, with a background in marine science and evolutionary biology. My research interests lie primarily in the areas of molecular ecology and marine conservation. The focus of my doctoral studies is an investigation of non-invasive molecular tools for species detection using environmental DNA (eDNA). I am particularly interested in how this technique can be used to assess and monitor the presence of rare and elusive species in the marine environment.

I am currently directing Marine Dimensions, a social enterprise dedicated to education, research and conservation for the marine environment.

Activities include an active outreach programme, including citizen science and community based conservation projects.

I am the Director of Education at Galway Atlantaquaria, the National Aquarium of Ireland.

I work on a number of Education programmes including the Explorers Marine Educational Programme for the Marine Institute in the west of Ireland. This programme works with primary schools on promoting Ocean Literacy to the next generation. As part of the Explorers programme she helps trial new materials and activities that are provided to schools through school visits and to teachers through continuous professional training and the explorers website, www.explorers.ie

I help promote marine education to the public with the help of a range of other science communicators including colleagues in the Marine Institute and the Explorers Team, Galway Mayo Institute of Technology, the National University of Ireland, Galway, Cleancoast, the Galway Conservation Volunteers, the Friends of Terryland Forest Park, The Irish Whale and Dolphin Group and the team at Discover Primary Science and Mathematics and Science Foundation Ireland. I have the honour of being part of the Education Committee in the British and Irish Association of Zoos and Aquariums, Biaza and being a member of the board of the Irish Whale and Dolphin Group.

I love sharks and elasmobranchs :-)

Tralee Bay - Decimation of sharks, skates and rays. from Sea Fever on Vimeo.