Very little is known about Critically Endangered Antarctic blue whales even though they are the largest animals found on our planet. This project aims to increase our knowledge of these animals by establishing how many there are, where they occur and where they move from and to. This knowledge, in collaboration with data from other studies, will contribute towards management decisions regarding the conservation of these animals.

During the period of commercial whaling last century the Antarctic blue whale population was decreased to less than 1% of its pristine abundance. Despite protection of this species since 1966 it is still considered to be Critically Endangered by the IUCN.

Due to the sheer size of the Southern Ocean and the low numbers of blue whales since commercial whaling very little data has been collected on these giants of the sea. However between 1978-2010 the International Whaling Commission (IWC) conducted dedicated cetacean (whale and dolphin) sighting surveys around Antarctica. Through this research an Antarctic blue whale 'hotspot' between 000-020 ˚E and between the ice edge and 60˚S was discovered.

This 'hotspot' creates an ideal opportunity to study an animal that is rarely encountered.

With the hopes of improving our knowledge of this Critically Endangered marine mammal a team of researchers has been studying Antarctic blue whales off the Queen Maud Land coast of Antarctica.

Without a proper understanding of the population dynamics, competition for food resources and movement of these whales it is impossible to create a means of knowing what is the best way forward to ensure the conservation of this species. Therefore the data gained from this study will be used in conjunction with other studies to act as a base line for important conservation decisions regarding this species.

2) To establish how these whales are distributed relative to their prey (mostly Antarctic krill), environmental conditions (such as water depth and temperature) and other whale species that are competing for the same prey.

3) To establish where these whales are moving to once they leave their summer feeding grounds.

These data will provide us with important information on how these whales are interacting with their environment, other whales and any potential human impacts on recovering populations.

We are seeking to find funds to cover logistical and equipment costs associated with this project. Additional expenses have been covered by other sources.

The budget requested will go towards equipment, logistical cost of getting to study sites, laboratory analysis of data collected and a small living stipend for the researcher. We are asking for a donation of $ 2160 towards this project.
. 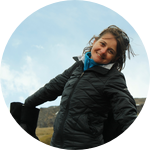 Growing up in a family of conservationists has meant that its a discipline I hold close to my heart. We have been awarded the privilege of living on this amazing planet I feel the least we can do is look after it.

I have always been interested in working with dolphins and whales. Although along the way I have been fortunate to be involved in a wide variety of projects including biological control using insects, movement of lions and leopards and feeding behavior of elephants, my focus has always returned back to cetaceans. This project provided an ideal opportunity for me to merge my passion of whales and conservation.

When I am not searching for giants of the sea I enjoy a variety of activities including lovely hikes in Cape Town, camping trips to the bush, ballroom and Latin dancing and spending time at sea.

I love to travel and have learnt much from traveling on local transport through southern and eastern Africa. I believe in making the most of life and enjoying it!

PhD research being conducted in conjunction with this study
http://sancor.nrf.ac.za/SiteAssets/Newsletter/SANC...

Press release of the departure of the SA Agulhas II to Antarctica
http://www.news24.com/Green/News/SA-Agulhas-II-hea... 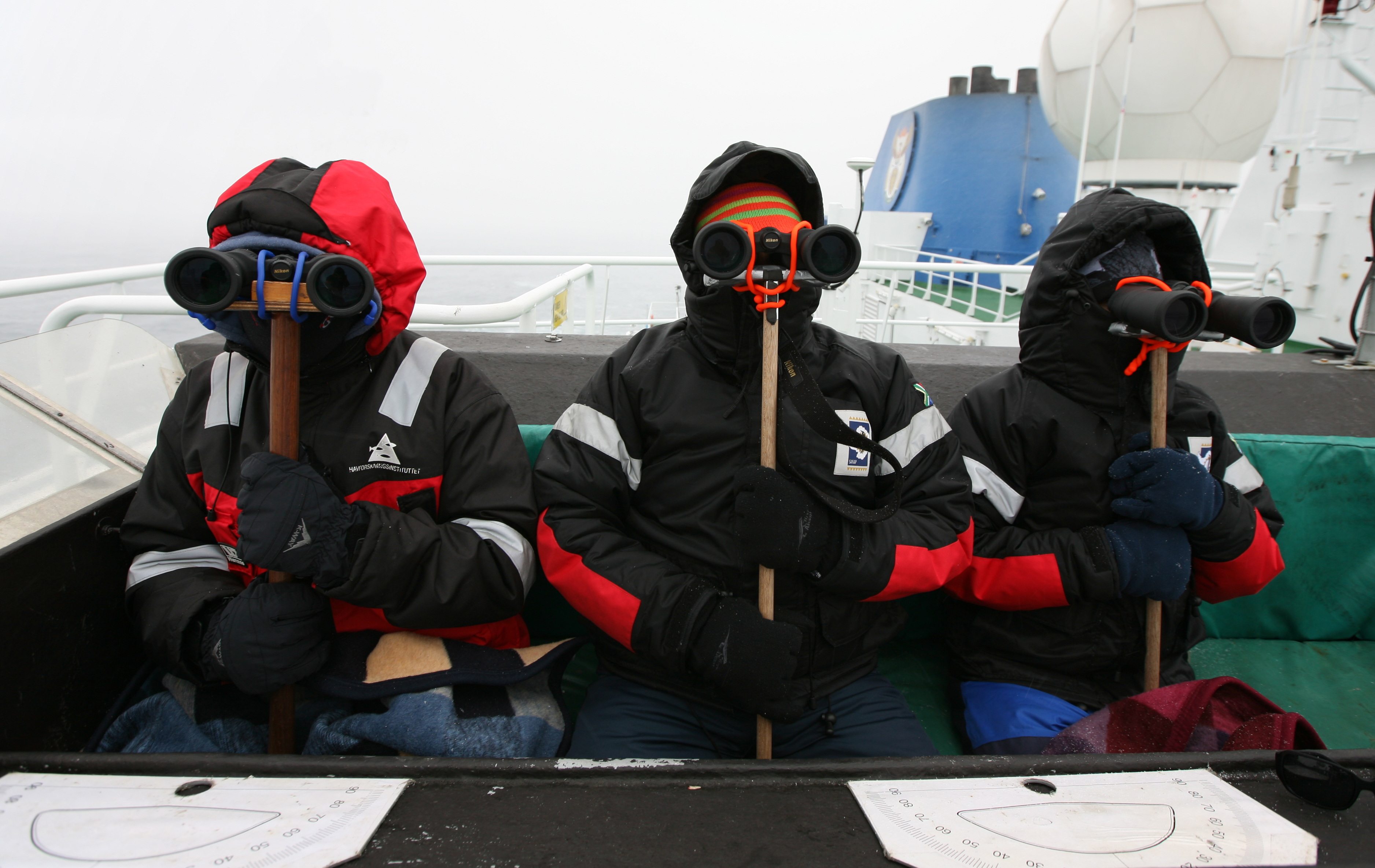 Dressing warmly is important in the Southern Ocean! 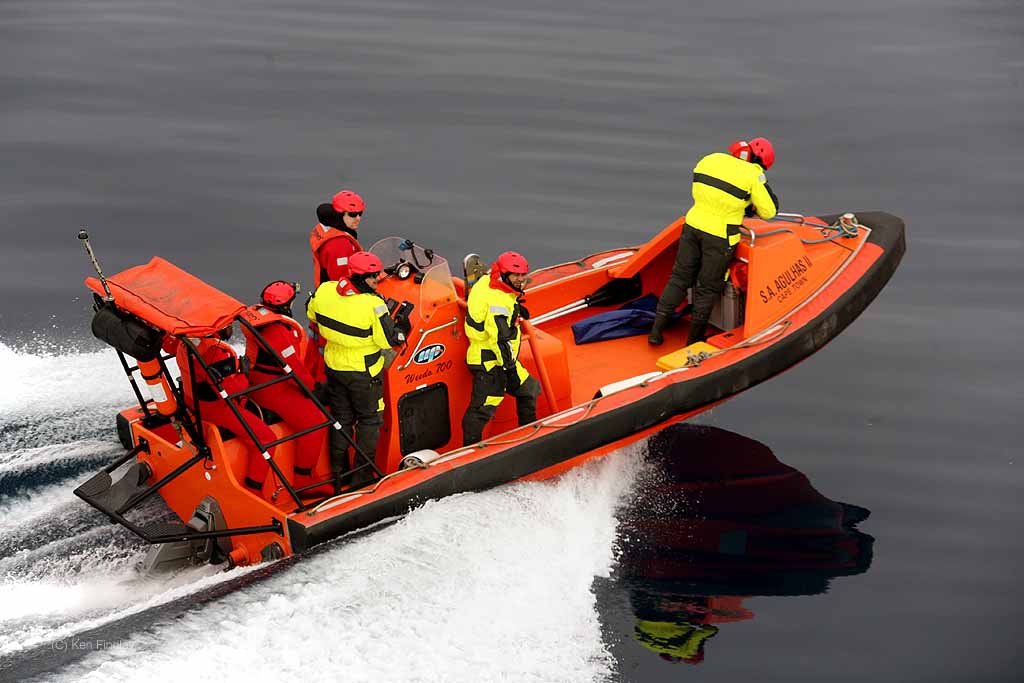 This is our team on the fast rescue boat heading out to get better photographs of the blue whales. 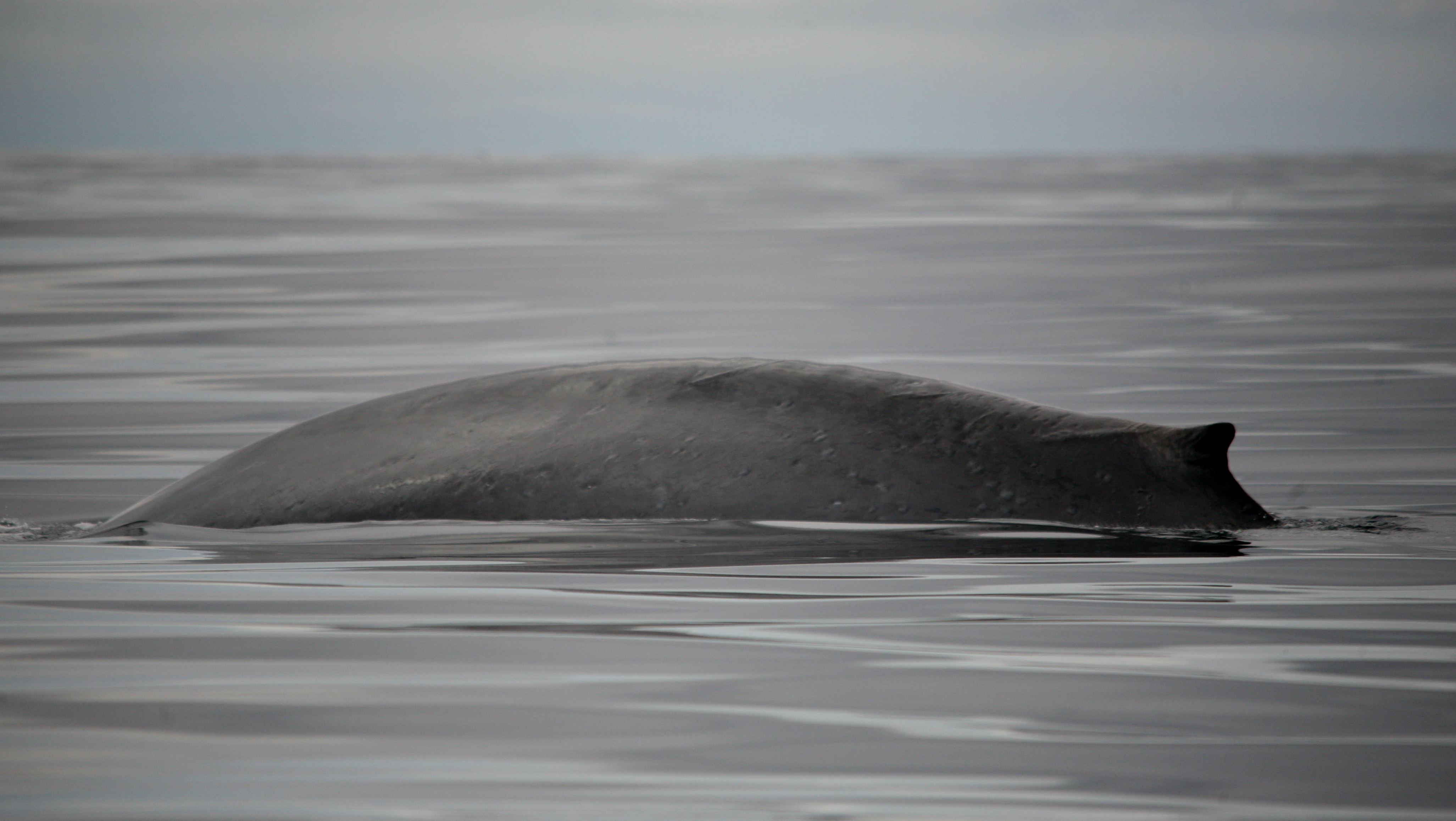 This is the type of photo we'll rely on to individually identify whales.

This is a close up of a blue whale exhaling as it comes up to breath.

Many thanks to Ken Findlay for the images