The New Zealand long-legged harvestmen of the family Neopilionidae often exhibit remarkable variation within a species, with males having massive chelicerae many times the size of females'. Males can also vary within a species, with some males much larger than others. As a result, members of one species may be mistaken for multiple different species. I want to create an up-to-date guide using comparative morphology to allow identification of New Zealand long-legged harvestmen.

The long-legged harvestmen of the Neopilionidae are a striking part of the New Zealand fauna. Males often have remarkably enlarged chelicerae ('jaws') as well as spiny legs and bodies. Females look very different with only small chelicerae and few spines. Even males of a single species may look very different from each other, some males having much larger chelicerae than others. In the past, females, larger males and smaller males of a single species have been mistaken for distinct species from each other. For several years, I have been revising the neopilionidsusing comparative morphology. My conclusions have been supported by independent research but there is still no one source that will help anyone identify a neopilionid.

In recent years, there has been a lot of interest in establishing why members of a single species may differ from each other. How do male harvestmen use their enormous chelicerae? Do larger males and smaller males use different tactics from each other in finding mates? New Zealand harvestmen have the potential to tell us a lot about such questions. However, research into New Zealand harvestmen is made much more difficult by the lack of reliable identification guides for many species, with information on the different species remaining scattered and difficult to interpret. There are also a number of species that remain unrecognised. Completion of this project would be invaluable in allowing future research into harvestmen ecology, behaviour and evolution.

Within the coming year, I hope to complete my revision of the New Zealand Neopilionidae. I have already studied specimens sourced from around New Zealand, and I need to compare them to the type specimens (the defining specimens of a species) held in New Zealand. I hope to travel to the museums that hold type specimens and examine them on location. The morphological features of each specimen will be recorded, important measurements taken, and diagnostic features photographed. Past research on neopilionids has already identified which features (such as genital morphology) are most reliable for determining which populations represent true species. This will allow me to compile a complete guide to the NZ long-legged harvestmen that I hope to make available in a fully open-access forum.

I have been working on a revision of the New Zealand harvestmen for some years now, but I am not currently employed as a full-time taxonomist. In order to complete the revision, I need to take time off my current job to travel from my current base in Perth, Australia to New Zealand. There I will examine, measure and photograph important specimens (including the types of several species) held in museum collections in New Zealand. This will be critical to clarifying the status of several poorly-known species. Combining the results of this research trip with the work I have already completed will allow me to produce a fully illustrated key to the New Zealand long-legged harvestmen, as well as describing a number of interesting new species. I am also raising funds in order to be able to publish the final revision in a fully open-access online journal so that it is freely available to all interested parties.

Harvestmen are one of the most exciting, yet challenging, groups of arachnids, and the southern hemisphere fauna is full of wonderful surprises. I fully endorse Chris Taylor's project which will help resolve the taxonomy of the New Zealand Neopilionidae. 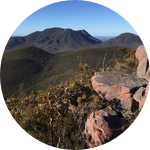 Mark Stephen Harvey
Head, Department of Terrestrial Zoology
Western Australian Museum
This project promises to shine new light on a poorly-known but critically important element of New Zealand's unique arthropod fauna. There are very few experts in the world that have the skills necessary to undertake this kind of research, so I look forward to seeing Chris receive some much-needed funding support to make the project happen. 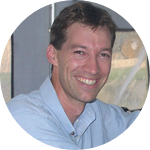 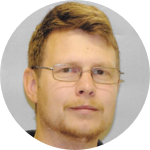 I first started work on the New Zealand harvestmen for my Masters degree back in 2001, eventually completing a doctorate on them in 2009. I have a broad interest in all matters taxonomical; as well as harvestmen, I've worked on wasps, mites and bark-lice. I'm currently working as a research technician in the Insect Ecology lab at the University of Western Australia in Perth.

1 Lab Notes Posted
Thank you everyone!

Want to see what has already come out of this project? Links to most of my past publications can be found through my Google Scholar page!

The photo used to illustrate this experiment was provided by Simon Pollard of Canterbury Museum for an earlier publication.