Alpheus heterochaelis, better known as the Pistol Shrimp, possesses an over-sized claw that creates a cavitation bubble upon rapid closure underwater. The implosion of this bubble results in a shockwave and a flash of light, the former of which the shrimp uses to stun its prey. The goal of this experiment is to use high-speed imaging to study the implosion, and to apply the findings to the creation of novel water heating and purification technologies.

Snapping Shrimp are considered one of the loudest animals in the ocean because they are able to produce shock waves from cavitation bubbles induced from the closure of an over-sized claw. However, the collapse of the bubble not only produces a loud “snap” sound, but it also emits a very quick flash of light. For such an occurrence, the water in the bubble must reach temperatures close to that of the surface of the sun. Our lab has developed a mechanical claw to match the shrimp’s geometry on a 14:1 scale. The claw is contained in an aluminum tank with acrylic windows for high-speed imaging of shock and cavitation bubble dynamics. The claw is mechanically actuated with a torsional spring controlled by a motor. When released, the claw creates a bubble, which collapses to form a shock wave.

Studying the fascinating phenomenon of the light emission and associated extreme temperatures could lead to novel designs for heating applications and water purification. In addition, this project allows for a better understanding of the effects of cavitation bubbles, such as analyzing the cavitation bubble-induced damage on propellers.

This project will use our mechanical model of the Snapping Shrimp’s claw to create cavitation bubbles, quantify the energy released, and study the resulting shock waves and sonoluminescence. Once this is achieved, we aim to design a device that uses cavitation to heat and purify water. Our hope is that such a device could provide clean water to places without access to large-scale filtration systems.

In order to complete this project, we need funding to buy electronics and raw materials and to machine them into experimentation components in order to build improved prototypes. There is also the cost for printing a large poster to present at the USC Undergraduate Symposium for Scholarly and Creative Work.

Due to your generosity, we have exceeded our primary funding goals! We've gone ahead and added some "stretch" goals for other costs that will make the project even greater. Firstly, we would love to be able to capture spectacular color schlieren images of our claw. Not only will these be visually stunning, they will help us better understand the density gradients from the shock waves. To do this, we need to buy color filters for our optical set-up and a 105-mm DSLR camera lens to improve our image quality. Additionally, we would like to further experiment with the size of our mechanical claw, so there will be machining and raw materials costs.

I would like to wholeheartedly endorse the University of Southern California's Piston Shrimp Team comprised of Austin, Neta, Alex and Veronica. This research project provides an excellent opportunity to study extreme mechanics under highly controlled conditions. Results will teach us more about the “super powers” of animals, and at the same time reveal important basic research findings on cavitation, shock wave propagation and bubble dynamics. Nature is the best source of inspiration for engineering, and so this research could not only shed light on these particular creatures, but ultimately the science behind their findings could be used to help design more robust underwater engineering structures or better ship propulsion systems, for example. 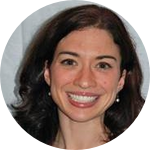 Leslie Lamberson
Assistant Professor, Department of Mechanical Engineering & Mechanics, Drexel University
I am really excited to for this project. Animals have evolved to make excellent use of extreme mechanics that can impose harm on others while being able to survive the events unharmed. The team pursuing this work is highly qualified especially the PI who is an expert in shock waves. Additionally she has a strong track record in interdisciplinary work and as always worked with exceptional students. This work will help to better understand how shock waves can be used to stun their prey along with the role cavitation plays 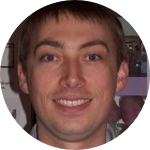 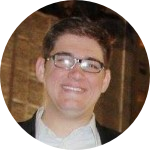 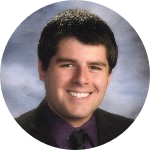 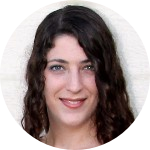 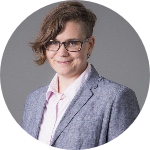 We are a team of engineers who are enthusiastic about design and research and who want to make an academic and technological impact with our experiments.

I am an aerospace engineering undergraduate student in my final year at the University of Southern California. I enjoy calculus, physics, and frequent trips to Disneyland. I hail from the rolling hills of the California East Bay, home to the best corn on the cob the US has to offer.

I am a second year undergraduate student majoring in Biomedical-Mechanical Engineering at the University of Southern California. Even as a little girl, I was intrigued by the live organisms and machines - how they function and interact with each other. In high school I co-founded a FIRST robotics team, where I also served as the head builder. My team made it to the Robotics World Championship. At USC I am the design lead of the Human Powered Vehicle Team - we prototype and construct low cost vehicles for use in underdeveloped or inaccessible areas. In the future I plan to combine graduate studies in Engineering and Medical School. I am excited to work on the Snapping Shrimp project in Professor Eliasson’s Shockwave Lab, and research possible applications of shock waves.

I still remember my disappointment when I as a kid realized that I could not use "The Force" like Luke Skywalker... hence, I ended up becoming an engineer. I have a PhD in mechanics, and now I work at University of Southern California, in the Aerospace and Mechanical Engineering Department. My research is in the area of experimental mechanics, and in particular my research group is interested in shock waves and high strain rate impacts. When I am not working I enjoy kickboxing and my 1966 Mustang.

7 Lab Notes Posted
We Did It!
Bubbles!
Research Symposium