The cause of onset of autoimmune disease is poorly understood, but may be linked to exposure to certain chemicals. We plan to study the response of melanocytes to monobenzone and thyrocytes' response to PBDE and BPA to determine how they lead to autoimmune diseases like vitiligo and Hashimoto's thyroiditis. To do this, we will look at the antigens (molecules presented to immune cells) on the cells' surfaces using mass spectrometry.

Many scientists believe a combination of genes and environmental factors, like chemical exposure, causes autoimmunity. However, little is known about how chemical triggers work. Research suggests monobenzone binds to a protein in skin pigment cells, and that this activates immune cells which attack and cause vitiligo, a condition in which skin loses its color in patches (van den Boorn et. al, 2011). There is also evidence that chemical-protein interactions cause thyroid autoimmunity, as antibodies against thyroid protein are found in patients exposed to PDBEs (Pearce & Braverman, 2009). By studying chemical-induced autoimmunity in vitiligo and Hashimoto's thyroidits, we hope to find and characterize changed proteins whose role in these disorders is not yet understood.

Finding the proteins that are changed by these chemicals and activate the immune system in these diseases would make it easier to develop better treatments.

We have applied for private research grants, but need more preliminary data to get our project off the ground. Performing mass spectrometry analysis of proteins in cells after chemical treatments will allow us to identify changes in the proteins/cells that activate the immune system. We can then study the ability of these altered proteins to trigger autoimmune diseases. Further, we plan to test whether or not these altered proteins could be used for cancer immunotherapies.

We will be using the UMass Mass Spec Core Facility to test our samples. $3000 will cover the cost of running a minimum of 5 samples ($500/sample) plus using disposable reagents/buffers ($500). The associated analysis fees is included in the sample fee.

For every $500 we raise beyond the initial goal we will be able to add an additional sample.

I am really excited about this project. It may provide insight into how autoimmunity begins, which will lead to preventative and treatment strategies for patients. 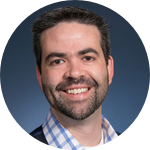 We currently have melanocyte cell lines growing in our lab, and we already have the chemicals we wish to test. We plan to obtain thyroid cell lines in the next 2 months. Performing the mass spectrometry and analysis should take about 1 month. Therefore, we hope to acquire all of the data from this Experiment by spring 2018, and we plan to perform further studies through 2018 and beyond. 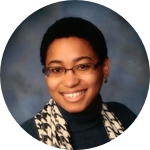 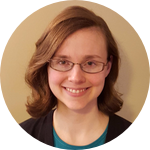 My current project is a collaboration between the Lazo Lab at Clark and the Harris Lab at UMass Medical School's Vitiligo Research Center, with the aim of elucidating the links between reactive oxygen species, tyrosinase misfolding and decreased melanocyte viability in vitiligo.

Jillian Richmond, PhD is an Instructor in the Department of Dermatology at the University of Massachusetts Medical School. Dr. Richmond earned her undergraduate degree in Molecular and Cellular Biology from the Johns Hopkins University, and her doctoral degree in Pathology and Immunology from Boston University School of Medicine. She performed a postdoctoral fellowship in chemokine biology at Massachusetts General Hospital before moving to the Harris Lab at the University of Massachusetts Medical School to study chemokines in vitiligo. Her postdoctoral work examined which cells in the skin produce chemokines to drive vitiligo pathogenesis, as well as how subsets of autoreactive memory T cells follow these signals, kill their target cells, and survive in the skin.

Chemicals such as PDBEs in the environment can induce autoimmune responses in the thyroid (Pearce and Braverman, 2009) while monobenzone causes vitiligo-like skin depigmentation (Taïeb and Picardo, 2009).