The dwindling European wildcat population of Iberia is increasingly threatened by interbreeding and infectious disease transmission from domestic cats. We will collect data on pathogen prevalence, hybridisation and contact patterns between wildcats and domestic cats, to try to understand how disease circulates between the two species. We aim to unveil the complex epidemiology of the wildcat-domestic cat interface and, with our results, to inform European wildcat conservation.

The European wildcat (Felis silvestris), a small felid indigenous to Europe, has suffered from centuries of habitat loss and direct persecution. The situation is particularly worrying in the Mediterranean biome of Iberia, which covers most of the Portuguese territory, where very small and fragmented populations of wildcats remain. These conditions foster an increased contact rate between wildcats and domestic cats (Felis catus). Consequently, the dwindling wildcat population has become increasingly threatened by genetic extinction, caused by extensive interbreeding (also known as hybridisation) with their domestic counterparts. In addition, disease transmission between wildcats and domestic cats is a major concern for the conservation of F. silvestris.

Pathogens known to cause severe disease and mortality in domestic cats and other felids have been detected in wildcats across Europe. However, their real impact on this species is still unclear. Our study area, Montesinho Natural Park, is marked by severe habitat fragmentation, low wildcat density and prevalent contact with domestic cats. Our results will be significant to inform wildcat conservation in Portugal and other areas of Iberia where similar threats prevail. Specific measures as a response to our data could include large-scale neutering and vaccination of domestic cats, alongside educational efforts on responsible pet ownership. This would, ultimately, contribute to wildcat conservation, as well as to improve domestic cat welfare.

We aim to study disease transmission and hybridisation at the wildcat-domestic cat interface, using a conservation medicine approach. We will capture wildcats, sympatric domestic cats and their hybrids (according to appropriate ethical guidelines), for a health examination, biological sample collection (blood, faeces, swabs) and fitting of GPS collars. The samples will be used for genetic analysis (to assess hybridisation) and infectious disease screening. Tracking domestic cats, alongside wildcats, will allow us to uncover how they use the space and how much they penetrate into wildcat habitat. This will help us understand the ecological contact patterns between the two species and, consequently, the complexity of interbreeding and infectious disease transmission.

The funds will contribute to achieve partial goals of our project, which, overall, includes live cat trapping in the field, genetic and infectious disease analysis of biological samples, GPS collaring and tracking and statistical analysis and modelling of the data obtained.

$1400 of the funds will contribute to field travel costs, logistics, transportation and accommodation. $3500 will be allocated to acquire GPS collars to study the cats' movements and interactions. Overall, we will try to collar 5 wildcats and 10 domestic cats. The funding from this campaing will allow us to colar 1 wildcat and 5 domestic cats. $100 will support an educational and outreach component, regarding public perception of the European wildcat and its conservation status, as well as responsible domestic cat ownership. BIOPOLIS/CIBIO already has equipment that can be used in the trapping (cage traps and trap transmitters) and anaesthesia (veterinary equipment and supplies) of the cats.

I am really looking forward to seeing the outcome of this project. I believe that the results will be extremely relevant for wildcat conservation, and will provide very interesting ecological knowledge about the interactions between the domestic cat and the wildcat, which are still poorly understood. Moreover, the team is composed of a group of passionate researchers with several years of theoretical knowledge and practical experience in this topic, so I am confident that they will succeed in all the proposed goals. 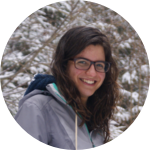 This study is part of a larger PhD project that will end in December 2025. The funding collected here will support the first year fieldwork campaign, starting in August 2022. The biological samples collected will be analysed during 2022/2023 and the collared cats will be tracked for 6 months post collaring. We will aim to analyse the results of this first stage and submit them to a peer-reviewed journal by the end of 2023.

Complete compilation and analyses of results 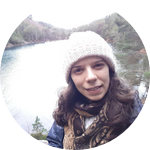 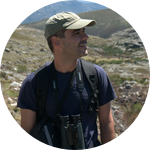 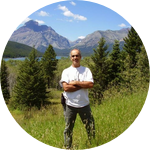 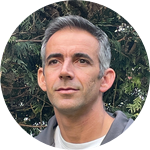 I graduated as a DVM from ICBAS - University of Porto, in 2010, and completed the MVetSci Conservation Medicine, University of Edinburgh, in 2020. My dissertation project, entitled "Infectious disease status of the Scottish free-living cat population, including European wildcat (Felis silvestris), domestic cats (Felis catus) and domestic-wildcat hybrids, in the context of F. silvestris conservation”, consisted in the epidemiological analysis of the disease surveillance data collected by Scottish Wildcat Action, between 2015 and 2020.

I was part of the team at the Iberian Lynx National Breeding Centre (CNRLI), Silves, between 2011 and 2014, which provided me with valuable knowledge on the health management and disease surveillance of a critically endangered felid species. I worked as a veterinary surgeon in small animal practice for 11 years, with a particular focus on feline medicine and welfare. I am a member of EUROWILDCAT, a collaborative scientific network aiming to facilitate pan-European research and data sharing, to advance the knowledge and conservation of the European wildcat.

My PhD focuses on the genetic and epidemiological interface between wildcats and domestic cats and its potential impact on wildcat conservation. The project involves a partnership between BIOPOLIS/CIBIO, in Portugal, and RZSS Saving Wildcats project, in Scotland. I am strongly enthusiastic about One Health/Conservation Medicine and the need to adopt a multi-disciplinary and collaborative approach, in order to understand and manage the complex health issues that we face.

I graduated as DVM at Technical University of Lisbon in 1997, as MSc in Veterinary Public Health in 2007 and obtained PhD in Health Sciences at Life and Health Sciences Research Institute, University of Minho in 2016. I am a certified European specialist in wildlife population health by the European College of Zoological Medicine since 2014. Currently post-doctoral researcher at CIBIO-InBIO.

I worked for several years in private practice as wildlife veterinarian, conducting studies on sanitary status of several species such as carnivores, ungulates, game species, raptors and waterfowl; performing wildlife capture and chemical restraint in carnivores and ungulates; and wildlife rehabilitation, including clinics and surgery.

My career focuses on the epidemiology of infectious and parasitic diseases in wildlife populations. I´m particularly interested in exploring the complexities of real-life systems, including disease ecology in multi-host-pathogen systems, particularly at the domestic-wildlife interface, co-infections and diseases of conservation relevance. One of my main models has been viral and parasitic diseases of carnivores, where I focused on canine distemper virus, canine parvovirus, sarcoptic mange and gastro-intestinal parasites in several species of large and mesocarnivores.

Recently I become involved in the field of conservation physiology, namely on the use of hematology and serum chemistry parameters as indicators of wildlife population health, allowing to assess the effects of acute or chronic stressors.

Associate Professor at University of Porto, Affiliate Professor at University of Montana, Affiliate Curator at the Cornell Museum of Vertebrate/University of Cornell, Vice-director of CIBIO, Centre in Biodiversity and Genetic Resources/InBIO Associate Lab, and director of the Biological Station of Mertola. PI of Conservation Genetics and Wildlife Management research group, at CIBIO/InBIO, UP. My main research field is conservation genetics, ecology and wildlife management, in particular lagomorphs (rabbits and hares), small mammals and carnivores. Recent research projects focus on developing and using genetic non-invasive sampling for studying rare or elusive animals (e.g. carnivores, small mammals), detecting and evaluating the impact of hybridization in natural populations, studying the population dynamics and ecology of managed and threatened species, and ONE HEALTH. Author of over 200 scientific publications, including books, book chapters, papers in peer-reviewed journals (SCI), and outreach. Associate editor of the European Journal of Wildlife Research, Member of the Lagomorph Specialist Group from UICN and president of the WLS - World Lagomorph Society.

I have been passionate about the natural world and about the ecology of predators from tender age. The long hours spent reading about wild animals and watching documentaries nurtured a curiosity to learn more about wildlife ecology, which naturally led me to pursue an academic degree in biology at the University of Porto, and to develop a professional career investigating the ecology and conservation biology of terrestrial mammals.

Currently, I am a Wildlife Ecology researcher affiliated with CIBIO-InBIO, University of Porto. My research is strongly routed in the “one earth” vision that humanity and nature can coexist and thrive together.

The intricate link between land use by humans and by wildlife echoes on biodiversity levels and on the nature of human-wildlife relationships, while influenced by large-scale patterns such as climate change or deforestation. Under this vision, I focus my research in understanding the mechanisms shaping the spatial and temporal biodiversity patterns, the structure of wildlife communities, and how they affect (and are affected by) human population. These topics are integrated through the use of new technologies, molecular methods and cross-disciplinary approaches into unified analytical frameworks to efficiently tackle ecological problems.

Using knowledge promotion, training, and integration as key forms of intervention, I have found in conservation science the tool through which I can best contribute to the preservation of our ecosystems and quality of life in general. Hopefully, my modest contribution may serve to make our planet a better place.

You can help a unique discovery by joining 10 other backers.
Fund This Project