Teaching methods in schools and lifestyle choices at home will change time slept. I hypothesize that having a more challenging academic life and more time spent on extracurriculars will lead to less sleep and a greater negative effect on mood. Students from each of the countries will be surveyed about amount of sleep, amount of time spent on homework and other daily activities and how that affects mood. Statistics will be utilized to explore correlations between these different factors.

Research has been done on sleep and the effects of sleep deprivation as well as the relationship between sleep and mental disorders. However, it is incomprehensible why schools, parents and even teens themselves continue to over schedule their days by taking on an unmanageable amount of work, leading to sleep cycle delays and eventually, exposure to the effects of sleep deprivation. Research is needed to really understand the reasons that lead to a severe lack of sleep within the student body as well as the international differences in sleeping habits within teens. This study will bring an overall perspective to the reasons why teens are sleep deprived and the effects that this deprivation is bringing upon their everyday life.

A replenished brain after a good sleep is active, relaxed, and way happier than an exhausted brain. A lot of research has been done on the science of sleep and the effects of sleep deprivation on mental performance. However, further research is needed to really understand the reasons that lead to a severe lack of sleep within the student population as well as the international differences in sleeping habits within teens. Analyzing the sleep patterns of different countries will hopefully reveal trends between academic focus and sleeping habits within the students. It will also bring an overall perspective to the reasons why teens are sleep deprived. "Solutions to the problem of chronic sleep deprivation might be proposed and implemented as well."

I will create a survey to assess sleeping patterns, and include questions about the amount of sleep, naps, bedtimes and wake times. This survey would be directly sent to schools for completion. I will ask participants how important sleep is to them and if their parents have spoken to them about sleep habits. The survey will highlight which sleep deprivation symptoms are experienced by asking students to rate how prevalent the symptom is in their everyday lives. The responses will be used to analyze correlations between the variables of happiness, sleep, and academic involvement. I will include one high school from the following countries: US, Colombia, Brazil, Ecuador, Peru, Mexico, Belgium, Amsterdam, Poland, France, Uganda, Japan, Bangladesh, Singapore, and China.

I will survey schools for the next four months and then I would need two more months to analyze the data. Surveymonkey is the platform used to send the survey and using their resources it is possible to analyze the survey when the data is collected.

I will contact schools by emailing them personally. This is done by doing extensive research of the American and international schools of each country, getting their emails, and then emailing them explaining the research. Once communication with a school has been secured, the survey will be sent out to them, and they will be in charge of distributing it to their students. When they answer, all the results will be received by me. Sample size will depend on the amount of students in each high school and the amount of them that will complete the survey.

I am really excited to see this project go forward! Violeta has been working hard to develop this project to answer the questions that are greatly affecting her generation.

First schools will be contacted in US, Colombia, Brazil, Ecuador, Peru, Mexico, Belgium, Amsterdam, Poland, France, Uganda, Japan, Bangladesh, Singapore, and China, and the survey sent out. I expect 50-60% participation from one school in each country. Once surveys are in results will be analyzed. The last step will be to compare the data of each country and find major differences or similarities in the data between each country.

Work to spread awareness of results 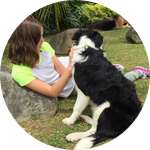 I am a student at Princeton High School that participates in a research program that hopes to discover sleep patterns on teens around the world. My goal for my research is that it will bring a solution to reduce teen sleep deprivation so that students can have a healthier lifestyle. The reason behind this project is that I think many people are unaware of how many people suffer from sleep deprivation and how greatly they would benefit from good sleeping habits. Teens, especially, need to sleep in order to face challenges everyday and in order to help teens reach a healthy sleep routine, the reasons that lead to sleep deprivation should be analyzed so that an end could be brought to them.